‘We still have no electric’: British woman complains about 4 days power outage after storm in the UK 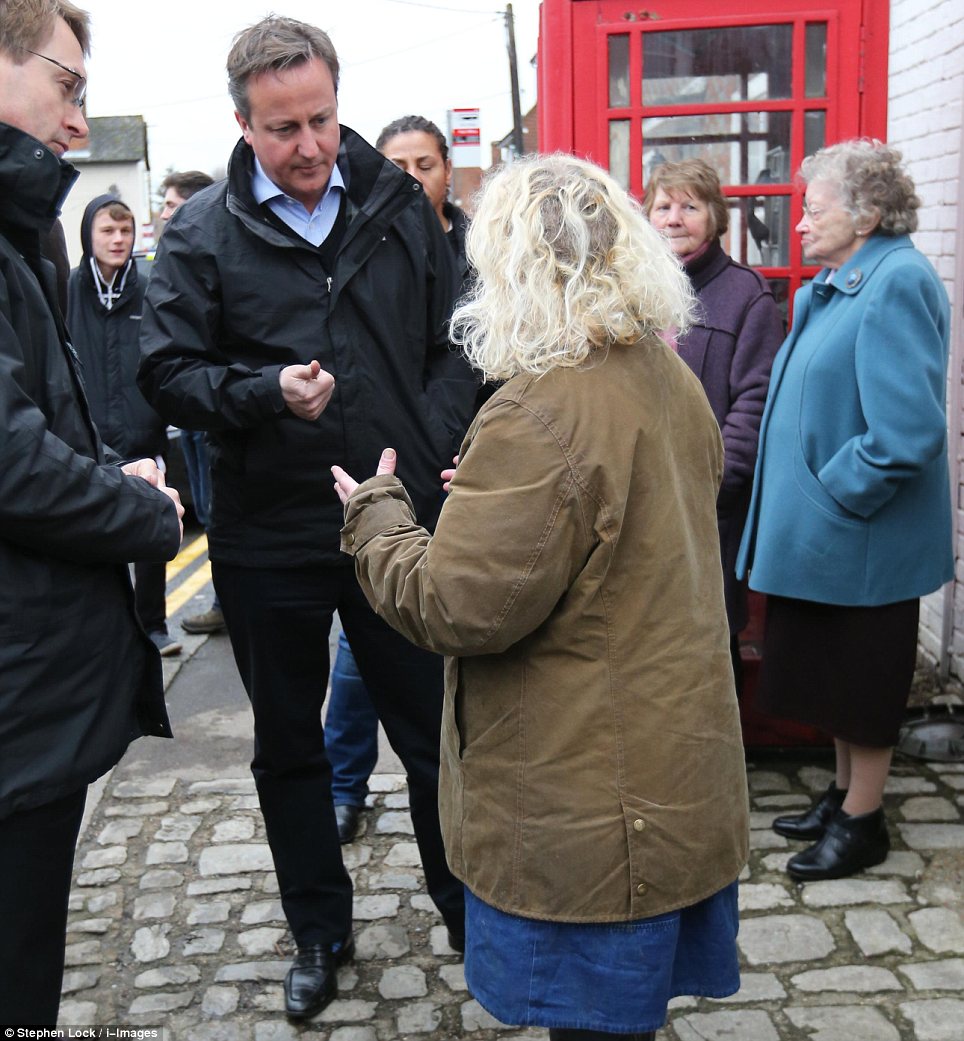 A flood victim in Kent, UK confronted the British Prime Minister, David Cameron that she has been left without electricity for four  days due to bad  weather and storms in the country.

For us here in Nigeria, we find that a bit fascinating that  a citizen could walk up to the PM and complain about a four day power cut when its the norm to go on without electricity for weeks, some places months.

Olivares was quoted as telling Cameron: ‘We still have no electric.  We need electric. As I say, the  council, from Monday, we have been trying to  contact them, but they have all decided to go on their holidays.  Nothing.’

Cameron  promised to contact the council himself to speed up proceedings,  and later visited Olivares’ house to see the damage for himself.

At the moment, many Britons are finding themselves having to cope for the first time without TV or heating, reports say about  2,000 homes remain without power in  Scotland and 1,750 across Kent, Surrey and Sussex after energy companies failed  to restore their connection to the electricity supply in the wake of persistent  extreme weather.