“Why I’m breaking up with you”: Girlfriend’s hilarious dumping of her boyfriend goes viral (READ)

‘It’s not me, it’s YOU’ were probably the  last words uttered in this relationship.

In an image posted to Imgur Wednesday, one girlfriend lists the 20 reasons  why she is breaking up with her boyfriend and the examples are  hilarious.

The examples paint a very interesting  portrait of her now ex-boyfriend. 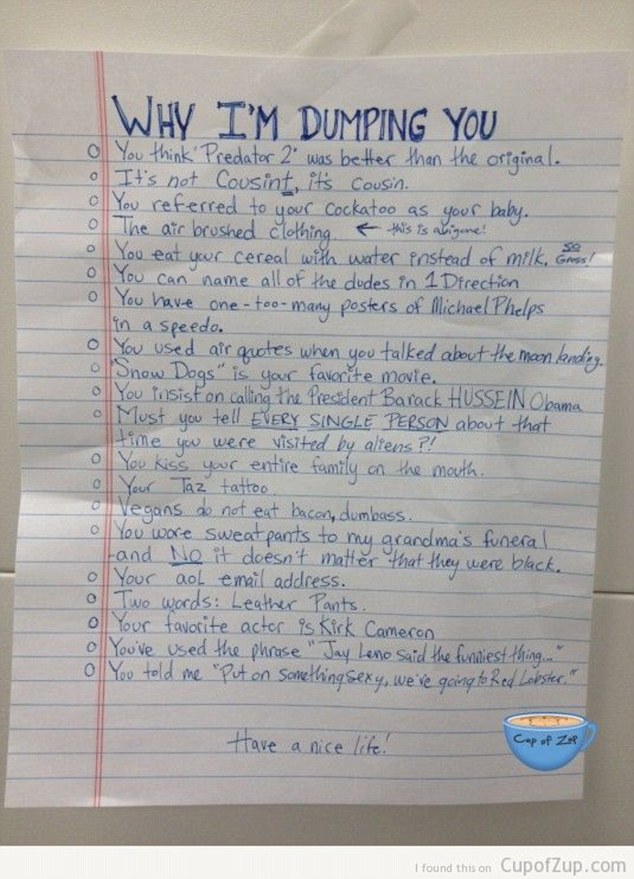 Let me count the ways: This woman lists all 20 reasons  she is breaking up with her boyfriend

For example, her ex-boyfriend had one too  many posters of Michael Phelps in a speedo and every time he mentions the  president, he calls him Barack HUSSEIN Obama.

Some of the reasons seem outright  crazy.

He believes he was visited by aliens, kisses  all family members on the mouth, and eats his cereal with water.

He’s even skeptical of the moon  landing. 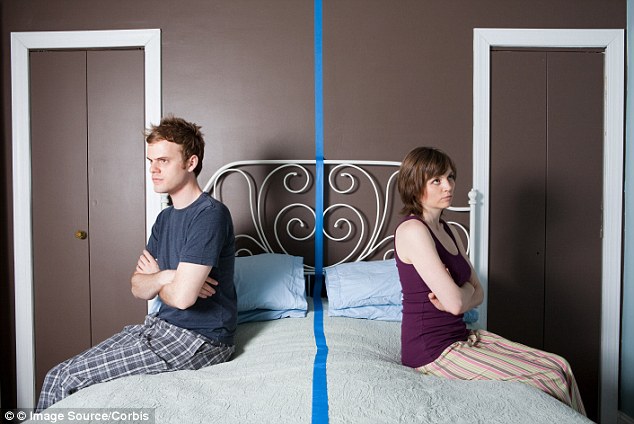 We’re over: The woman made it explicitly clear why she  no longer wanted to be with her boyfriend

And the two didn’t seem to have a lot in  common culturally.

The fact that his favorite movie is Snow Dogs  and his favorite actor if Kirk Cameron, are two of the reasons she’s breaking up  with him.

He also seems to be from another time, by the  way he finds Jay Leno funny and still uses an AOL email address.

Other examples show that something was maybe  lacking in his intellect.

He pronounces cousin as ‘cousint’, believes  vegans eat bacon, and wore sweatpants to her grandmother’s funeral, thinking it  was a casual occasion since her family is black.

But the letter ends on a relatively friendly  note. She signs off with a curt ‘Have a nice life!’