JUST IN: Shi’ites protest at NASS over continued detention of El-Zakzaky Members of the Islamic Movement in Nigeria otherwise known as Shi’ites are currently protesting the continued detention of their leader, Sheik Ibrahim El-zakzaky, Punch reports.

The Shi’ites are demonstrating in front of the National Assembly in Abuja.

Leader of the protesters, Abdullahi Musa said members of the sect were at the National Assembly to demand the unconditional release of their leader.

He said, “We are Nigerians, we are here to demand the release of our leader, Sheik Ibrahim El-Zakzaky who the government says is in protective custody.

“We don’t believe in their protective custody since he has not been found guilty of committing any crime, we demand his unconditional release.

“The National Assembly set up a committee which was given two weeks to investigate the Zaria masacre of our members it is more than one year now we have not heard anything.

“We demand justice for our over 1,000 members killed in Zaria by soldiers, among those killed were three biological children of our leader, they shot his wife, they shot him several times and kept him in detention without access to medical attention. We want him free.” 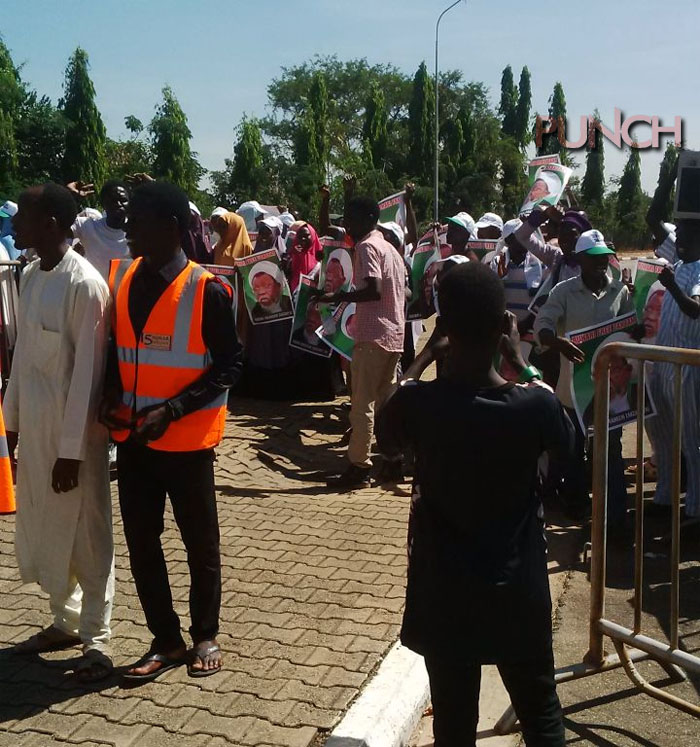 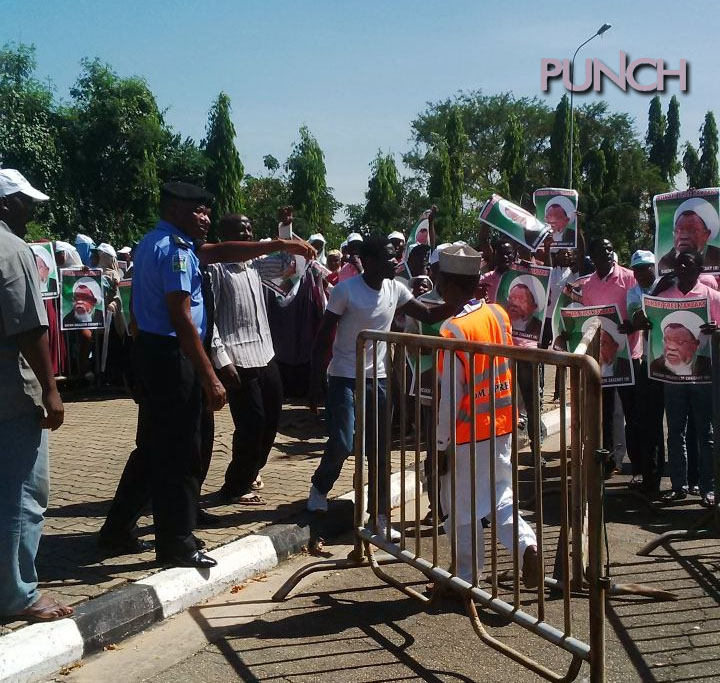 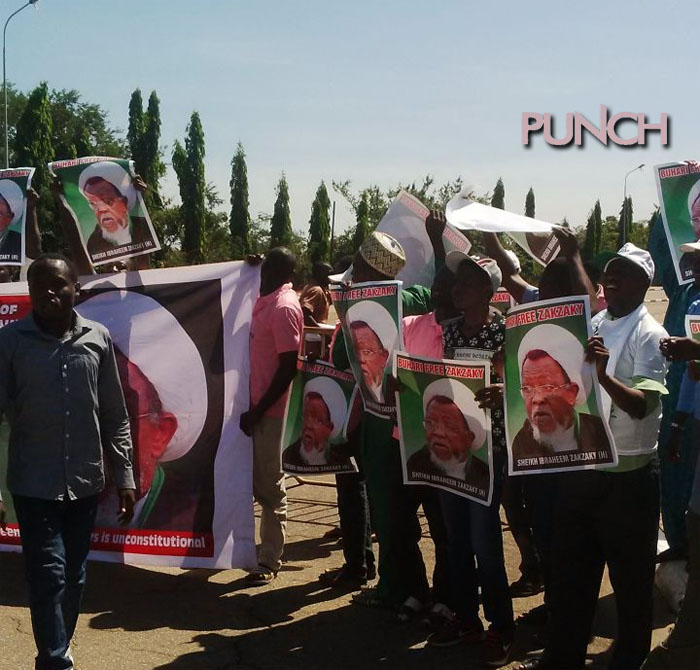