Clowning around: All eyes on Jamie Foxx as he chooses The Joker inspired suit combination (LOOK)

It may not have been the look he was going for but Jamie Foxx managed to channel The Joker thanks to his vibrant suit at the Django Unchained premiere on Thursday night.

The Ray star decided to snub the usual attire of a black or grey suit for the London event and step out in a purple two piece by Ozwald Boateng which reminded some onlookers of Batman villain The Joker. 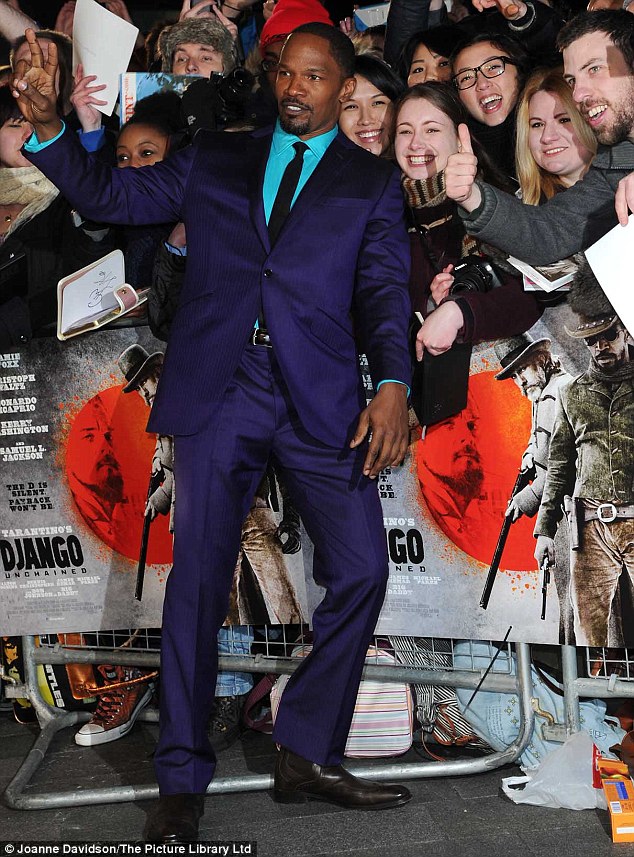 Even acting The Joker: The actor fooled around with fans at the screening as he dressed in the vibrant get-up 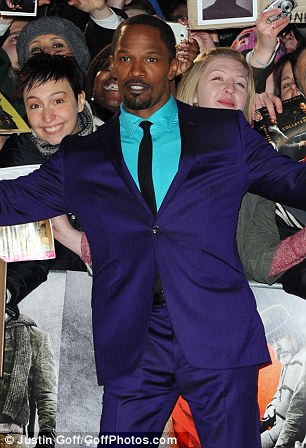 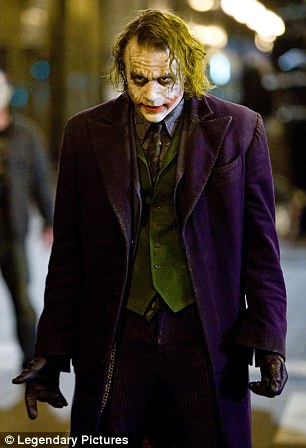 The look you were going for? Jamie Foxx channels Batman villain The Joker at the Django Unchained premiere in London on Thursday evening 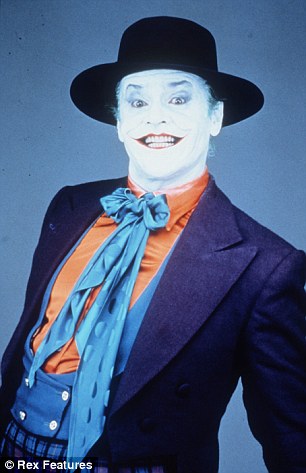 Getting inspiration: Foxx also wore a purple suit as he seemed to frame his outfit on the iconic character

Not content with just having a bright suit for the outing, Jamie matched it with a bright turquoise shirt and a thin black tie.

Foxx even channelled the character, most famously played by Jack Nicholson in 1989 and more recently the late Heath Ledger in 2008’s The Dark Knight, in his jokey behaviour on the night.

He was seen jumping in front of fans who had been waiting outside the Empire in Leicester Square ready to catch a glimpse of the stars at the screening.

Flamboyant in his nature, the 45-year-old had obviously wanted to make an impact with his choice of attire on the night.

But Batman fans will notice the purple suit and green shirt is similar to the outfit worn by The Joker in the cartoons and films in the superhero franchise.

He joined film co-star Kerry Washington at the screening, who herself wore her own flamboyant get-up. 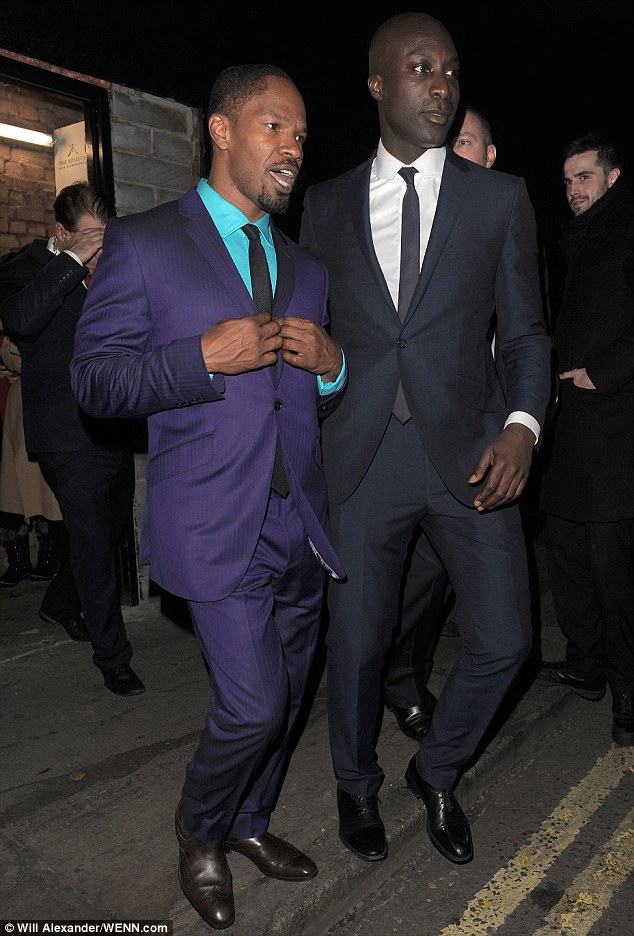 Suited and booted: The 45-year-old star ensured all eyes were on him as he then headed to the Rose club until the early hours of the morning

The 35-year-old actress wore a dramatic white ball gown by Giles Deacon for the event and the ensemble boasted a large print of a horse across the skirt.

Although Foxx didn’t seem to mind standing out in the outfit, even choosing to wear it ahead of the premiere during filming for The Jonathan Ross Show.

Foxx appeared on the chat show alongside singer Paloma Faith.

Again appearing animated, Jamie can be seen chatting away to the host as he discusses all about the new Quentin Tarantino film. 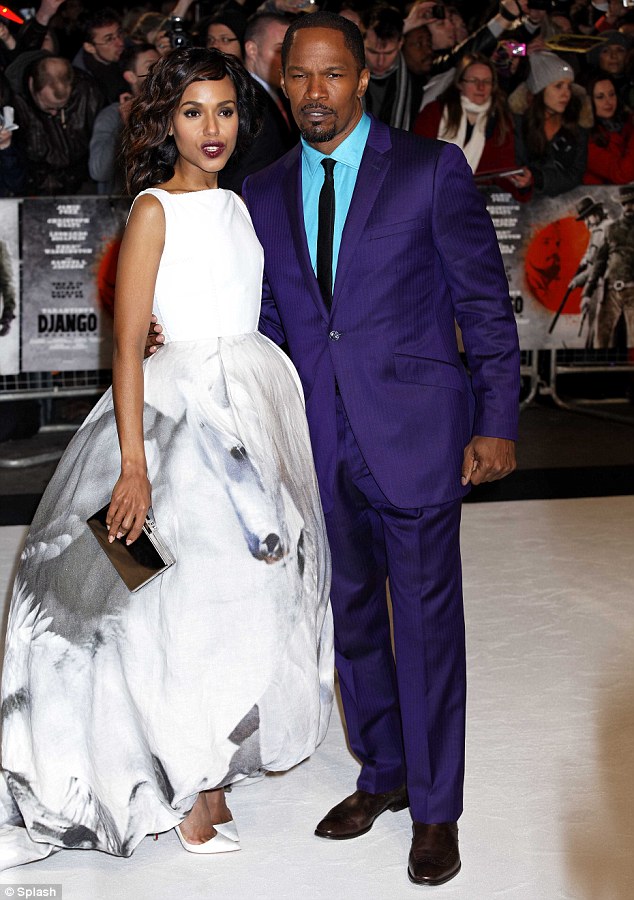