Daring to bare! Eva Longoria flashes her bra in see-through top as she heads out in Paris (LOOK)

She’s got the figure of a woman half her age, so it’s no wonder that Eva Longoria wants to show it off.

But the 38-year-old actress might have taken it one step too far as she stepped out in Paris this week, with her bra in full view of awaiting fans.

The former Desperate Housewives star opted for a sheer black blouse as she left the Four Season’s hotel on Monday – forgetting any sort of cover up, flashing her plain black bra underneath. 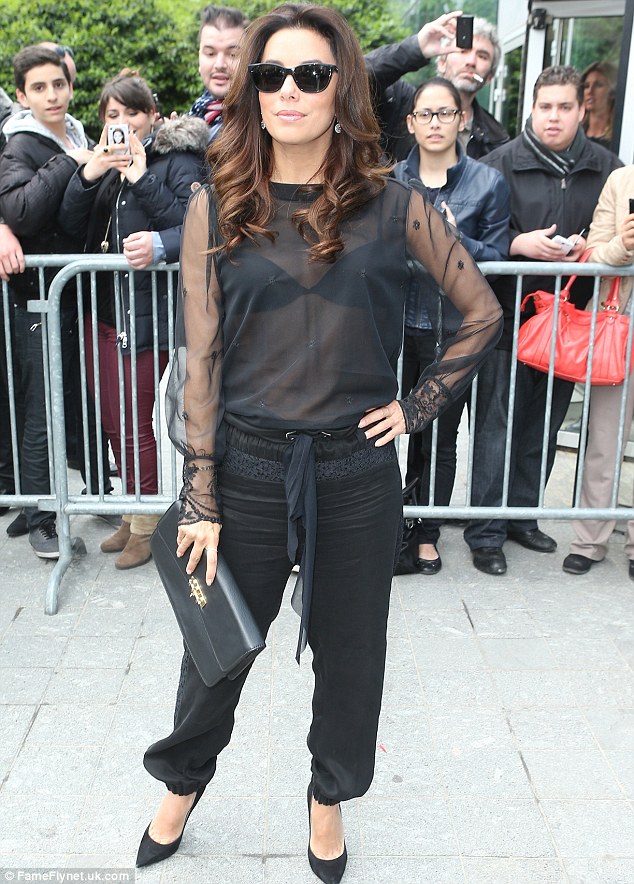 Racy: Actress Eva Longoria dares to bare in this see-through blouse as she heads out in Paris

Teaming the barely-there ensemble with a pair of unflattering trousers, the star was a far cry from her normally impeccably-dressed self.

The black trousers – which were creased at the front – drowned the actress’s slight frame, while the sheer top made her look unusually frumpy.

She completed her look with a pair of black stilettos, a clutch bag and a giant pair of sunnies. 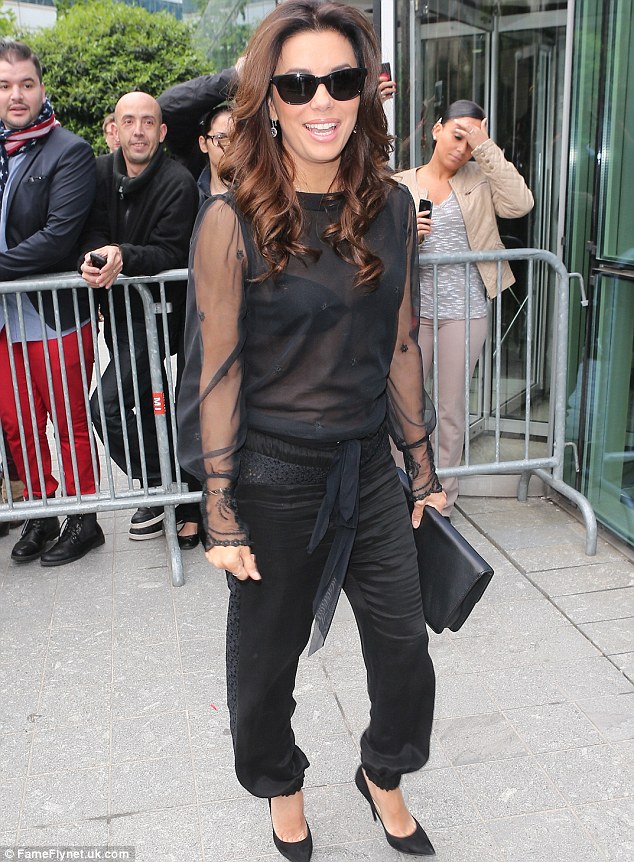 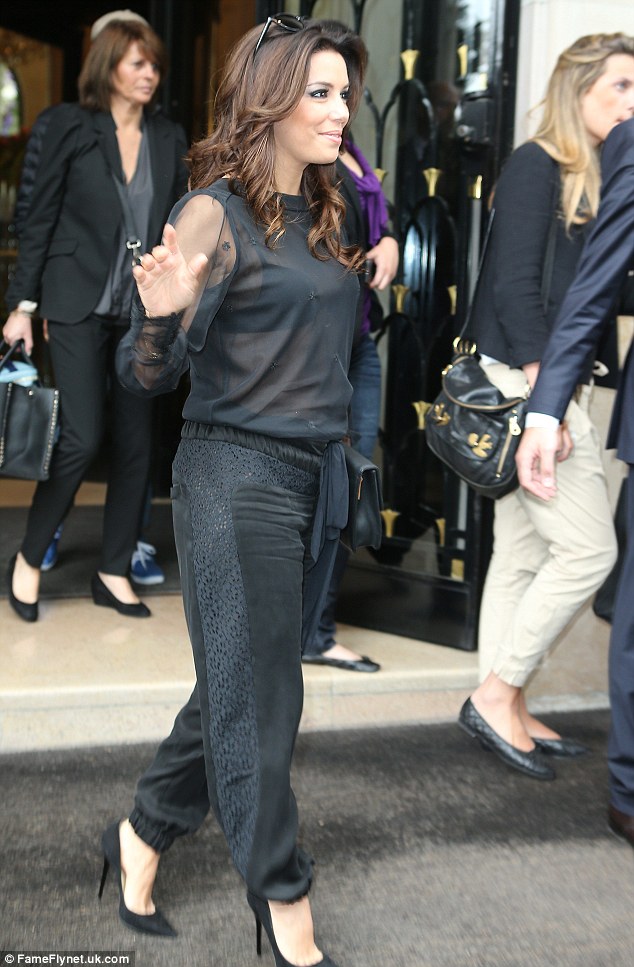 Sheer: The actress teamed her sheer top with a pair of unflattering trousers

But although the petite brunette’s outfit might have been a bit of a flop, her hair and make-up was back on point.

Her locks were styled in loose, tumbling curls and her make-up was kept minimal, aside from her signature smokey eye.

The star seemed oblivious to her fashion faux pas as she chatted and signed autographs for fans.

Black on black: The star replaced her usual wardrobe of bodycon dresses for separates

The actress flew into the French capital on Saturday to attend and support The Global Gift Gala, a fundraising event for an organisation that supports children and women worldwide.

Tweeting pictures at the airport, the divorcee looked ready for summer despite the gloomy weather. 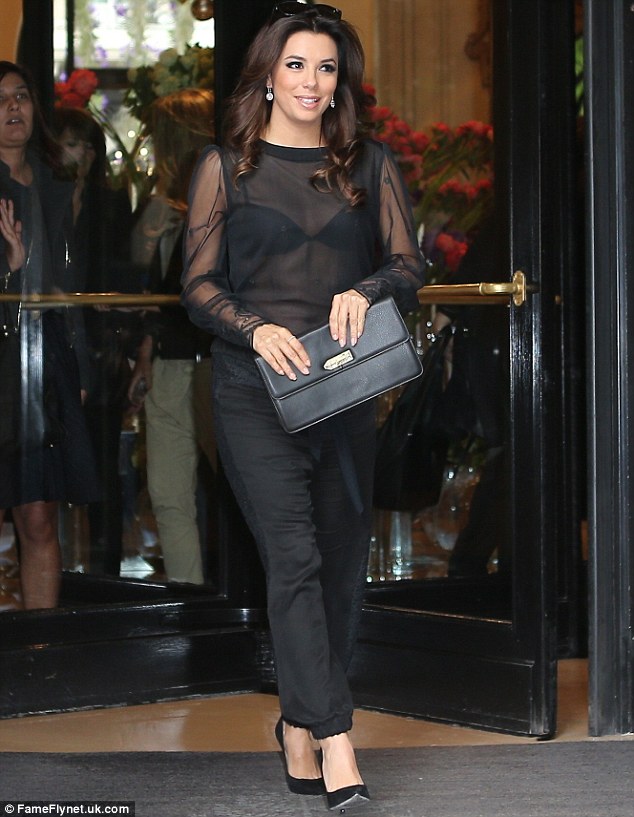 Flashing! The star seemed oblivious to her fashion faux pas 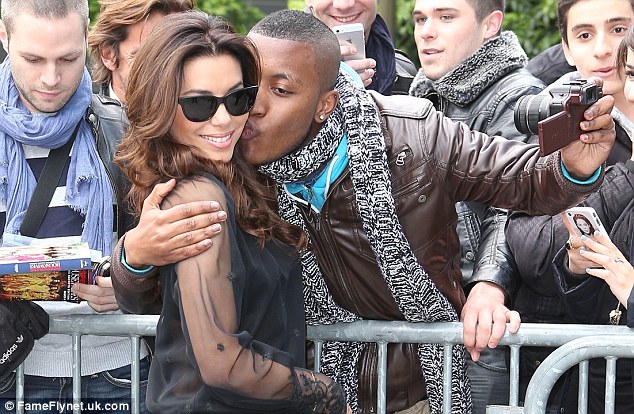 Friendly: The star posed happily with fans outside the venue

As well as tight white jeans, Eva was dressed in a light mint shirt and had a white scarf wrapped around her neck.