TGIF plus public holiday means so much to you and we recognise this! So here are the biggest entertainment stories you missed out on yesterday and others that unraveled while you slept and are still buzzing today.

If you fell in love with British singer, Ed Sheeran’s single, Perfect, then you will be falling in love over as he has just released another version of the song and this time, with Beyoncé.

The Shape of You singer announced the acoustic duet via Instagram on Thursday, “Got Beyoncé to duet with me on Perfect, comes out today at 7pm ET / 4pm PT / midnight GMT x”

The YouTube video of the duet has already garnered millions of views despite it being a static image of Sheeran’s Divide album art.

Ed Sheeran and Beyoncé sure make the Perfect music duo. 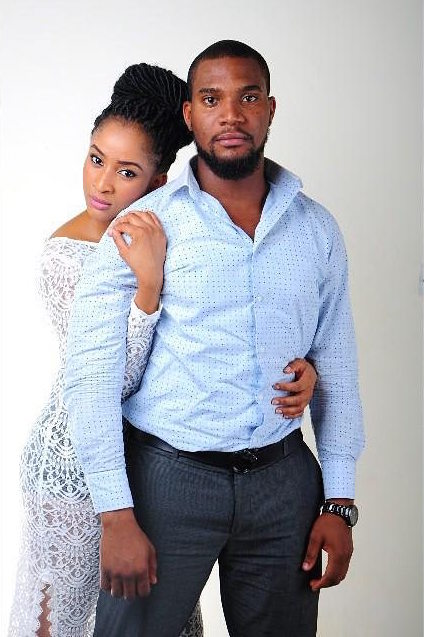 Nollywood actor, Kunle Remi who has been romantically linked with actress, Adesua Etomi who recently married Banky W has finally spoken up on his relationship with Mrs Wellington, or the lack of it.

Kunle Remi has been mostly described as “Adesua Etomi’s ex” following the role they both played in 2015 romantic film, Falling and fans have gone on to label him “loser” for failing to keep the actress.

Here’s how he retorts:

MY NAME IS KUNLE REMI and Not ADESUA’s Ex. Silence,they say is Golden. I have been silent, but some people have taken this as an invitation to take the piss!! I have chosen my words and thought this action through, so read carefully, yes, pay attention I will only say this once. I am not a bitter person neither am I a sadist. ‘If’ you know me, (if you don’t, ask about me from those that do) you would know I am a very positive and I radiate good vibes only, I am not here for any form of negativity whatsoever. My name has been used inappropriately, and it is time I set the record straight. I intentionally waited till after the festive of the beautiful wedding ceremony had come to a natural halt out of respect for the couple. I have not till this present day said to any blogger, or mentioned on any social media platform, or granted any interview admitting or confirming that I was ever in a relationship with the former Miss Adesua Etomi who as well all know tied the knot over the past weekend, neither do I recall her doing the same. Yet some jobless people cooked up stories and sold it to other jobless people and then jobless readers and commentators believed it and hence the rumors started circulating with no proof other than pictures of us on a Movie set titled (FALLING. A great film by the way, It’s on Netflix if you haven’t seen it.). Contrary to the opinion of people who feel theirs matters, I don’t have to congratulate the beautiful couple publicly to prove anything. Some of us would rather do our things privately. You CAN’T believe all you see on social media (some people will still not understand). Take for example ; Recently I posted a picture of my Beautiful Nephew on my Instagram and as expected, rumors started again without any confirmation that I have a baby. (Quote me) I never confirmed to anyone that he is My Son. So there you go!!. Not all you see or read on social media is the gospel truth. Having said that this is my advice to those this may concern; Just for your sanity try to be sure about the rumors and gist before you tongue lash people or judge people. Sometimes Not every one is strong enough to handle it. Continued in comment.

We hope this settles you all for good!

Selena Gomez is Billboard’s Woman of the Year 2017

Pop music star, Selena Gomez just received the Woman of the Year award at the 2017 edition of Billboard’s Women in Music awards.

In a deeply emotional moment, Selena walked up stage to receive the award from her best friend, Francia Raisa who recently donated one of her kidneys to save Selena’s life. Raisa said, “When I found out I was a match for Selena, I didn’t think twice about it,…”

In her acceptance speech, Selena said, “Honestly, I couldn’t be more grateful for the position I’ve been given in my career…Specifically this year, I would like to thank my amazing team and my family because they stuck with me through some really hard times“. Selena who also doubles as the cover star for Billboard’s Woman of the Year 2017 Issue spoke to the publication of ” the kidney transplant she underwent this summer due to complications from lupus”, going back to music, the pressure that comes with being the most followed person on Instagram and of course, Justin Bieber’s re-entrance into her life.

Looks like Mr Eazi had his own Seyi Shay moment It’s not new for music performers to trip on or completely fall off the stage while they do their thing.

Energetic singer, Seyi Shay had her fair share on the AFRIMA stage while she performed weeks ago and she handled it like the professional that we know her to be.

Now, Mr Eazi just experienced his while he performed in Manchester, UK and well, he picked himself up quite nicely. Watch: