#FoodForThought: Almost 100% of women who cheat never get caught… but 1 in 5 men DO get found out

While the infidelities of famous love rat footballers fill the tabloid pages women are actually cheating more on their partners, but they are not getting found out.

While the infidelities of famous love rat footballers fill the tabloid pages women are actually cheating more on their partners, but they are not getting found out.

A new survey has found that almost 100 per cent of women who cheat on their partners never get found out, but men are not as good at covering their tracks with 17 per cent admitting to getting caught.

The research carried out by a dating website for married people found 95 per cent of women and 83 per cent of men claim to have successfully conducted illicit encounters without their spouses finding out. 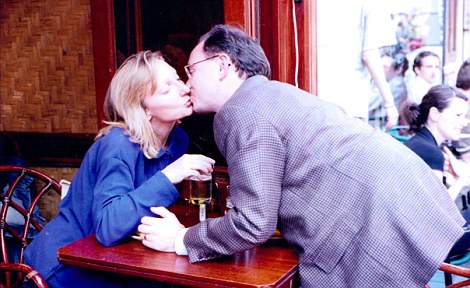 Cheats: Research found 95 per cent of women claim to have successfully conducted illicit encounters without their spouses finding out (file pic)

UndercoverLovers.com asked 3,000 women and the same number of men if their partners knew about their cheating and found the overall percentage of straying spouses that never get found out is 89 per cent.

According to Dr David Holmes, a psychologist at Manchester Metropolitan University, women are having more affairs than ever but they behave very differently from men when they cheat. 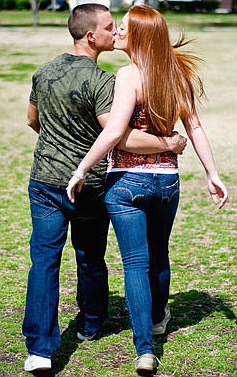 Discreet: The survey found that overall 89 per cent of straying spouses never get found out (file pic)

‘Emotionally they make plans and have strategies, while men are more impulsive.

‘The biggest difference is that women are much better at keeping their affairs secret.

‘If you look at the studies into paternity, even conservative figures show that between eight and 15 per cent of children haven’t been fathered by the man who thinks he’s the biological parent.’

Emily Pope of Undercover Lovers, which has more than 650,000 members, said: ‘Many of our members, both male and female, have been philandering for years without being caught.

‘Studies have shown that women are actually better liars than men, so it’s not surprising that female adulterers are better at getting away with it than their male counterparts.’