She has been voted sexiest woman alive, and is happy to bare all for the right film role, but Mila Kunis is much more tight lipped when it comes to discussing her love life.

The Black Swan star graces the cover of the March edition of Allure in a sixties inspired shoot by Tom Munro.

The Date Night star posed in a cleavage revealing Paco Rabanne sequin dress for the magazine, and bites seductively on her thumb as she stares saucily into the camera. 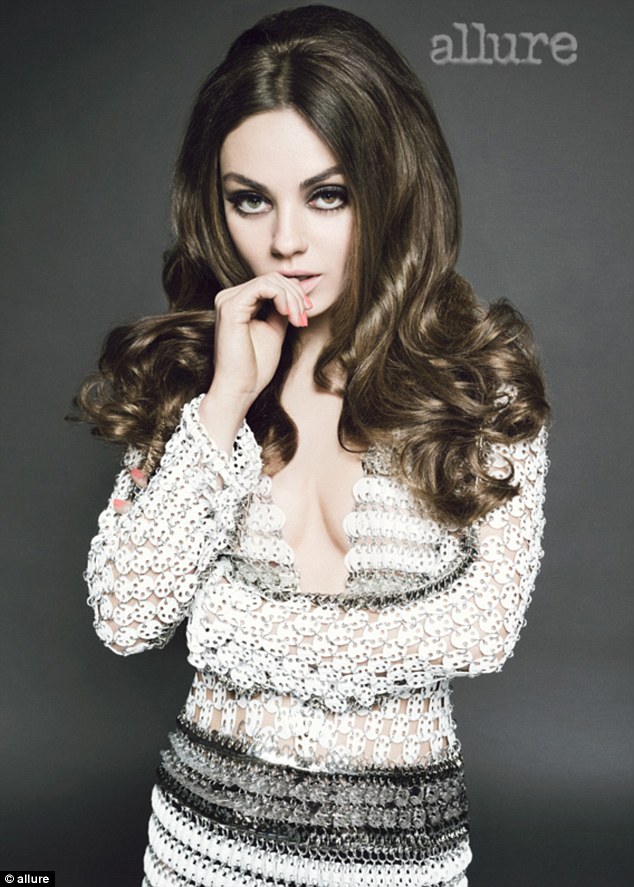 The actress also posed in Marc Jacob t-shirt and briefs which showed off her gorgeous figure.  She wore a Fendi jumper for her cover shot.

Inside the magazine, Mila talks candidly about nudity, discussing the movie Friends with Benefits.

Talking about the movie, in which she stars with Justin Timberlake, she said: ‘I showed side boob. I don’t need to show ass. You get one or the other. You don’t get both.

The Ted actress, who dated Home Alone star Macaulay Culkin for eight years, also opened up about being single: 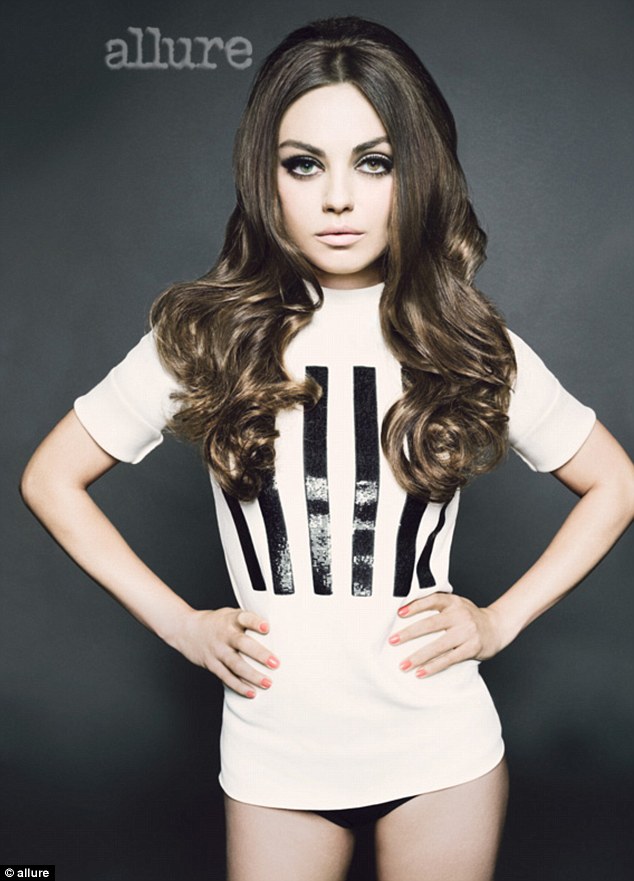 Sixties chic: The Friends With Benefits star was shot by Tom Munro in Los Angeles

There was no such candour when the Ukranian born star was shown a picture of  her beau, Butterfly Effect star Ashton Kutcher, to comment on:

‘I didn’t think this was going to be about my friends. Happily about myself! Not about who my friends are, who I’m dating, or who I may have ever dated. That’s not talking about myself!’

Mila and Ashton have known each other for 14 years after working together on That Seventies Show, and they got together after the Two and a Half Men star’s 6 year marriage to Demi Moore came to an end. 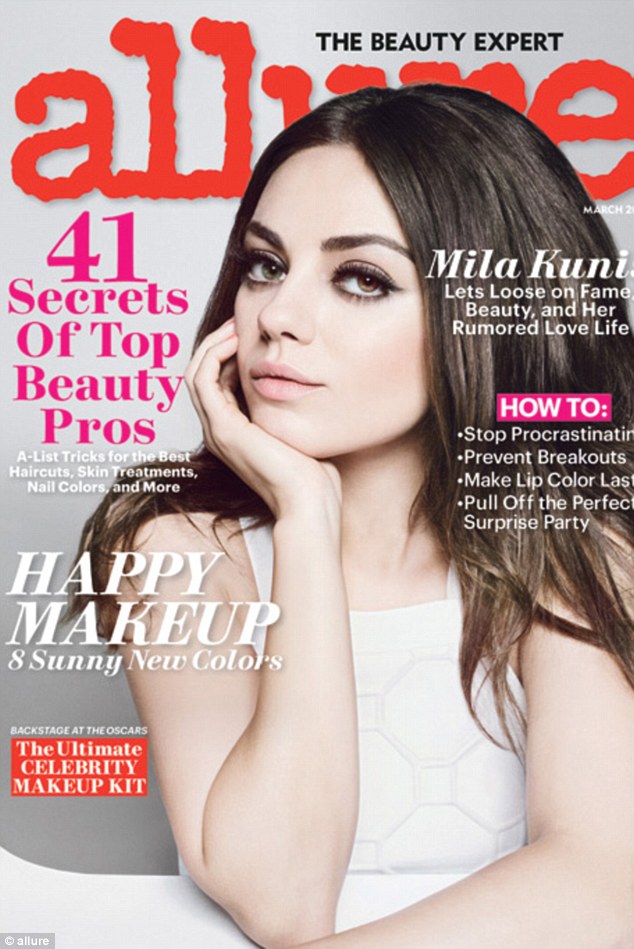 New edition: Mila graces the cover of the March edition of the magazine, and opens up about getting naked, but not about Ashton

The pair are rarely seen apart, though both have been busy with filming lately – Ashton’s biopic Jobs, based on Apple pioneer Steve Jobs, premiered at Sundance and is out in April.

And Mila is busy with with no less than six films to work through this year. She has completed filming on Blood Ties, The Angriest Man in Brooklyn, Hell & Back and Oz the Great and Powerful.

She is currently filming romantic drama The Third Person with an all star cast including Liam Neeson, James Franco and Adrien Brody. 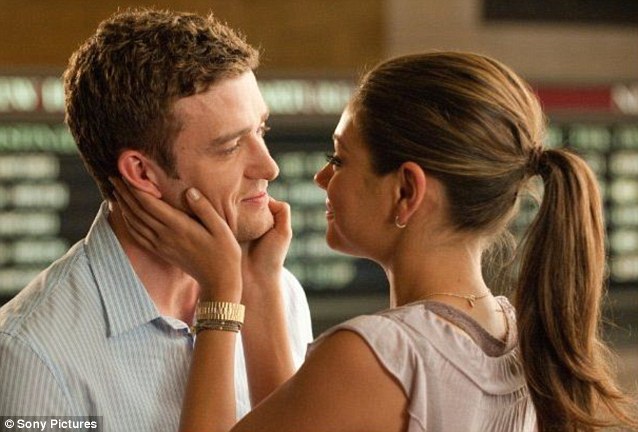 Friends with Benefits: Mila was candid about flashing her flesh in the hit movie, where she played opposite Justin Timberlake 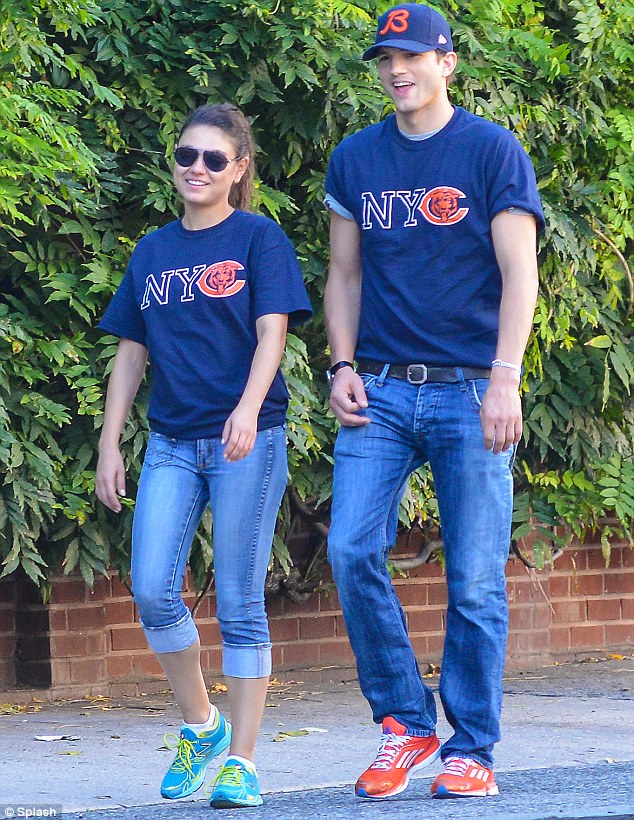 Keeping schtum: The Ted actress refused to talk about her relationship in the magazine interview