Jonathan, Sambo, others to get N3billion severance pay 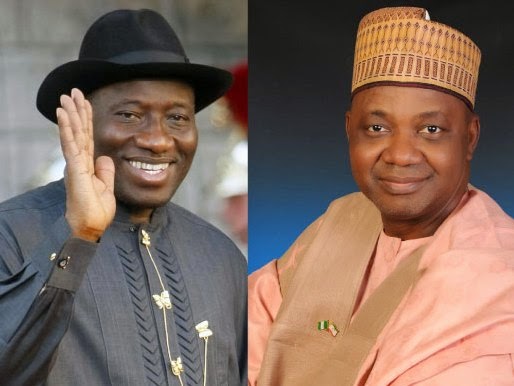 An investigation carried out by the Punch Newspaper has revealed that President Goodluck Jonathan, Vice-president Namadi Sambo, non-returning federal lawmakers, ministers and presidential aides will receive N3.24billion as severance allowances.

The severance allowances are contained in the Remuneration Package put together by the Revenue Mobilisation, Allocation and Fiscal Commission.

According to the package, Jonathan, who will hand over to the President-elect, Muhammadu Buhari, on May 29, is entitled to 300 per cent of his annual basic salary.

The newspaper breaks down the allowances below:

The severance allowance is without prejudice to his other constitutional entitlements as a former head of government.

For having held the office of vice- president, Sambo also has some constitutional entitlements and perks.

About 76 senators are not returning to the National Assembly either because they did not stand for election or because they lost their bids to return. They are however entitled to N462,019,200 at the expiration of their tenure on June 5.

Like Jonathan and Sambo, they are entitled to 300 per cent of their annual basic salaries as severance allowances. This amounts to N6, 079,200 per senator.

In the House of Representatives, about 290 members are not returning to the 8th National Assembly to be proclaimed into existence by Buhari on June 5.

The ministers, on the other hand, will be collecting a total of N253, 967,212.5. There are 42 ministers in Jonathan’s cabinet. Thirty one of them are senior ministers and 11 are ministers of state.

This means that there are about 133 aides to the president and each of them is entitled to 300 per cent of their annual basic salary which amounts to N5, 828,625.