A baby who had earlier been declared dead by doctors at the Mount Sinai Hospital in Chicago, Illinios, suddenly gasped for breath and came alive during surgery on his mother.

Baby Noah was born at 3.12am on Thursday to parents, Ignacio Guzman and Jocelyn Robinson.

Ignazio spoke with reporters saying, “I will never forget this day. When they told me he passed away, I just started crying.”

The baby’s mother, Robinson, was reportedly rushed to the hospital in an ambulance on Thursday morning with severe complications and heavy bleeding.

The doctors said they had to be honest with both parents informing them after an ultrasound test was carried out that the baby was not breathing.

“I had to sort of be very honest with her and say, ‘We don’t have a heartbeat’,” Dr. Kimberly Sampson of Sinai Medical Group said.

Noah’s mother was beaming with joy after the news was broken to her that the baby had started breathing again.

Doctors said Noah is healthy but they will have to carry out further tests before he is discharged from the medical facility. 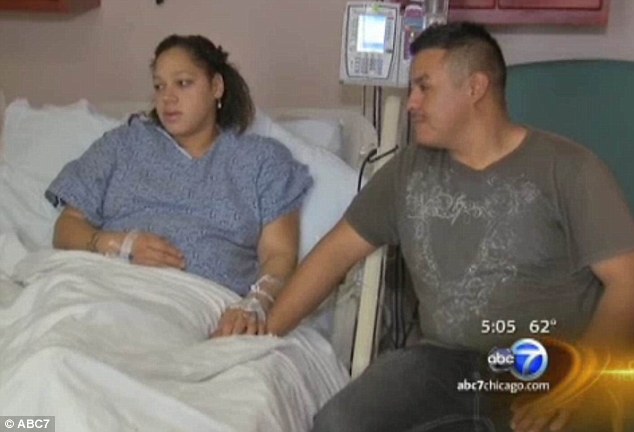