No way! Pope Francis didn’t just say the ‘F’ word, did he?

Pope Francis is gradually making his mark as one of the most loved pontiffs in history and he has enjoyed a tenure largely without incident.

However, while giving his weekly blessing from his perch at the Vatican, the Pope made a very embarrassing gaffe.

The religious leader is said to have uttered the Italian word ‘cazzo’ meaning ‘f***’ instead of ‘caso’ meaning example.

Within seconds his mistake was posted on dozens of Italian media websites and YouTube and had gained millions of worldwide hits as it went viral. The words the Pope stumbled on were  and  which means  in Italian and often trips up those not used to speaking the language. 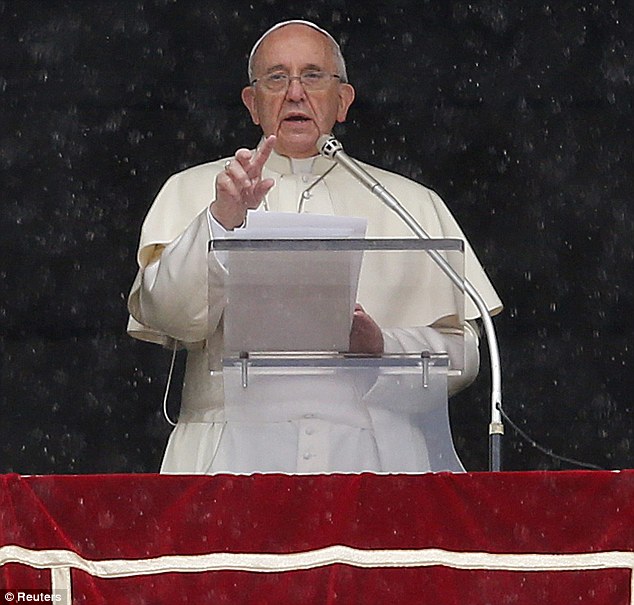 Lost in translation: The words the Argentinian stumbled on were ‘caso’ (example) and ‘cazzo’ which means ‘f***’ in Italian which often trips up those not used to speaking the language

In his sermon, the 77-year-old Pope had been urging for a peaceful solution to the crisis in the Ukraine.

Speaking from the window of his apartment at the Vatican’s Apostolic Palace, he said: ‘It is my wish that all the components of the country will endeavor to overcome misunderstandings and build together the future of the nation.

‘I make a heartfelt appeal to the international community to support every initiative on behalf of dialogue and harmony.

‘A heart full of longing for possession is a heart empty of God. 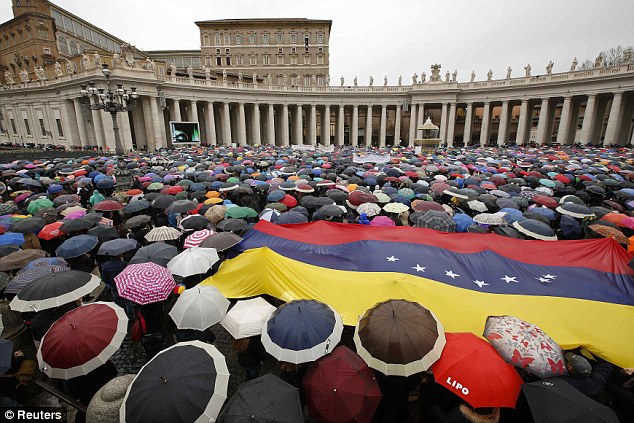 Perils of the digital age: Pope Francis maintained his composure and quickly corrected himself in front of the crowd gathered in St Peter’s Square (above), but within seconds his error had gone viral online

‘For this, Jesus many times chastised the rich because the risk for them to seek security in the wealth of this world is high.

‘In this f***, in this case the providence of God is made visible as gesture of solidarity.’

Pope Francis maintained his composure despite the slip, quickly correcting himself, as the crowd gathered in St Peter’s Square and those watching around the world asked themselves ‘Did he just say f***?’

On the internet, the slip-up generated hundreds of comments with many explaining that it was a common mistake made by Spanish speakers and others said it underlined their impression of him as a ‘man of the people.’

Since his election last year, Pope Francis has shown himself to have the popular touch as he shuns the normal trappings of a pontiff, preferring to live in modest Vatican hostel for priests and he has been happy to pick up the telephone and call Catholics from all walks of life who have written to him.

His warm and approachable style led him to being named Time magazine’s Person of the Year and later this month he will celebrate the first anniversary of his election as Pope.

A Vatican spokesman did not wish to comment on the slip-up.