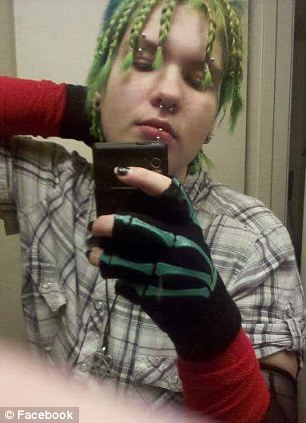 A teenage girl has been arrested and charged after reports that she caused the death of her middle aged boyfriend.

16-year-old Jessica Burlew was said to have been involved in consensual intercourse with Jason Ash, 43, when she put an electrical wire around his neck. 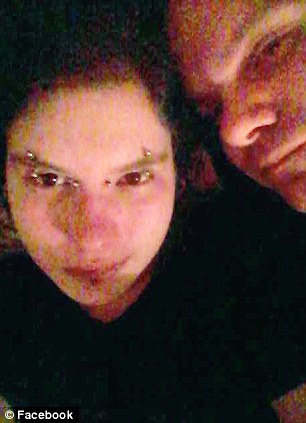 Ash subsequently lost consciousness and Burlew ‘in an attempt to wake him up’ cut him with a razor blade.

When he failed to respond she told officers that she continued to cut him to ‘relieve her own stress’, according to court documents posted at Maricopa County Attorney’s Office today.

Ash was declared dead at 5.45 pm on Saturday after emergency services were called by Burlew’s mother, Tracey Woodside to their Phoenix apartment.

Woodside told police that she left her 16-year-old daughter, who suffers from schizophrenia and autism, alone with Ash and returned when Burlew phoned her to say that the 43-year-old man had been hurt.

According to Glendale police, Burlew told them that she and Ash would often get involved in auto-erotic asphyxiation games prior to having sex.

Woodside told police that when she arrived at her home she was met by her daughter who led her into a bedroom where she was confronted with the sight of Ash fully clothed, save for unbuttoned pants.

She then attempted to perform CPR until emergency responders arrived – but Ash was pronounced dead later according to AZCentral.com

Burlew was reportedly arrested wearing a burka and when questioned by police gave her name as Xenia Mex.

Glendale police Sgt. Jay O’Neill said Jason Ash was found lifeless Saturday evening with multiple cuts to his body and a cord around his neck.

O’Neill said that Burlew told police the pair was involved in a ‘consensual sex act involving strangulation,’ but that things went wrong.

Tracey Woodside told ABC 15 that her daughter is mentally ill and ‘really confused and does not understand what happened.