The Future’s bright! Ciara accepts rapper’s proposal after he surprises her on birthday with 15-carat diamond ring

In January it emerged they were dating.

And now Ciara is engaged to marry rapper Future after he sprang a surprise proposal as they celebrated her birthday.

The hip hop star and producer got down on one knee after producing a stunning 15-carat diamond ring. 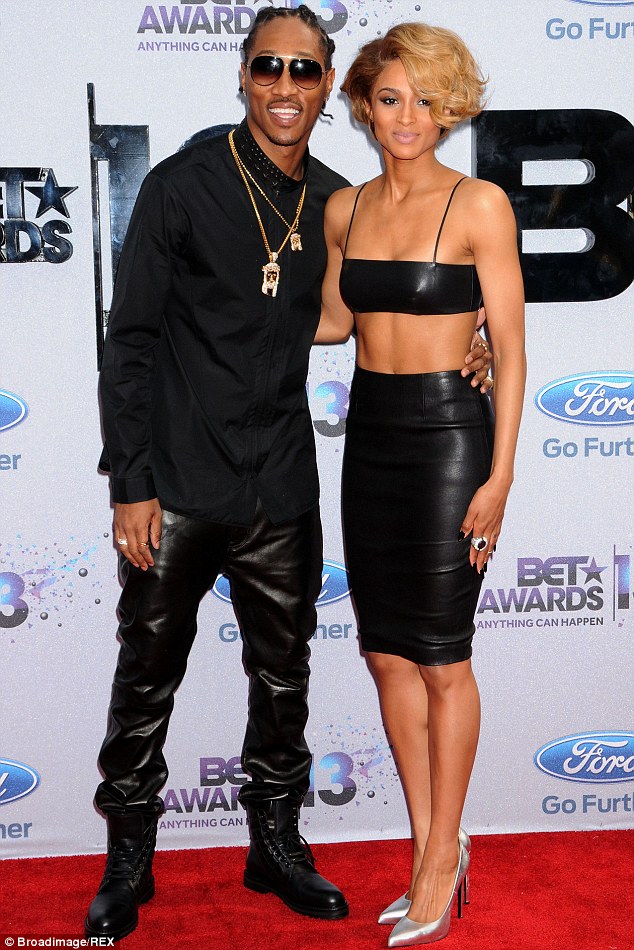 Future husband: Ciara accepted the rappers proposal as they celebrated her birthday in New York it emerged on Sunday

Their publicist Chris Chambers confirmed the news to the Associated Press, saying she was already celebrating her 28th birthday in New York when he proposed.

In his role as a producer he has collaborated with stars including Rihanna and his future wife, who he has been dating for a year.

Future, real name Nayvadius D. Wilburn, is currently in the middle of a tour with Canadian hip hop superstar Drake.

The 29-year-old’s private life is not without controversy however, as he fathered a son in 2001 with Jessica Smith. 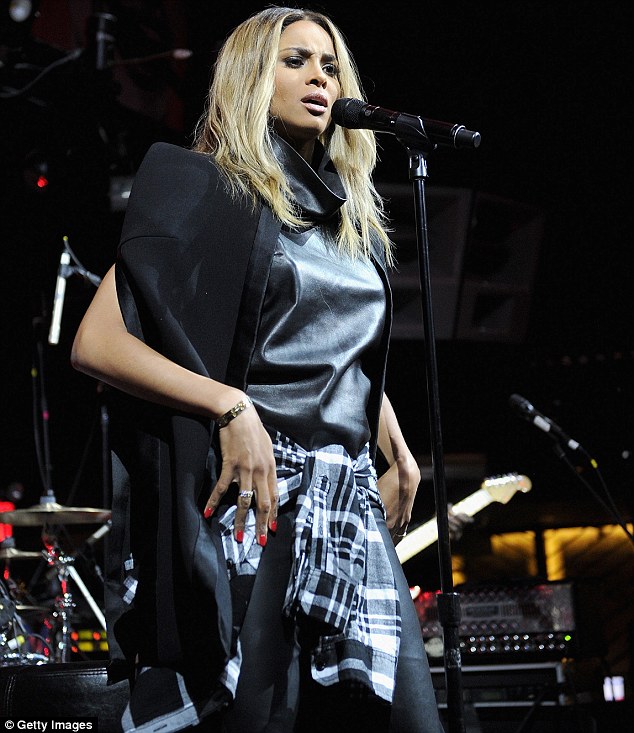 A happy birthday indeed: Her new 15-carat diamond ring will have been her favourite present this year

In 2012 she filed for child support, with a DNA test confirming he is the father.

He subsequently legally recognized the son as his and was ordered to pay $1662 in child support each month.

Another woman has claimed he is the father of her child, who was born December 4, 2012, but the claim is yet to be proven.

Ciara has had a string of hits, including recent single Body Party, Goodies, Promise and Like a Boy.