Murray, who has spoken of the importance of crowd support during the tournament, was greeted with a standing ovation and cheers of delight as he beat the world number one. 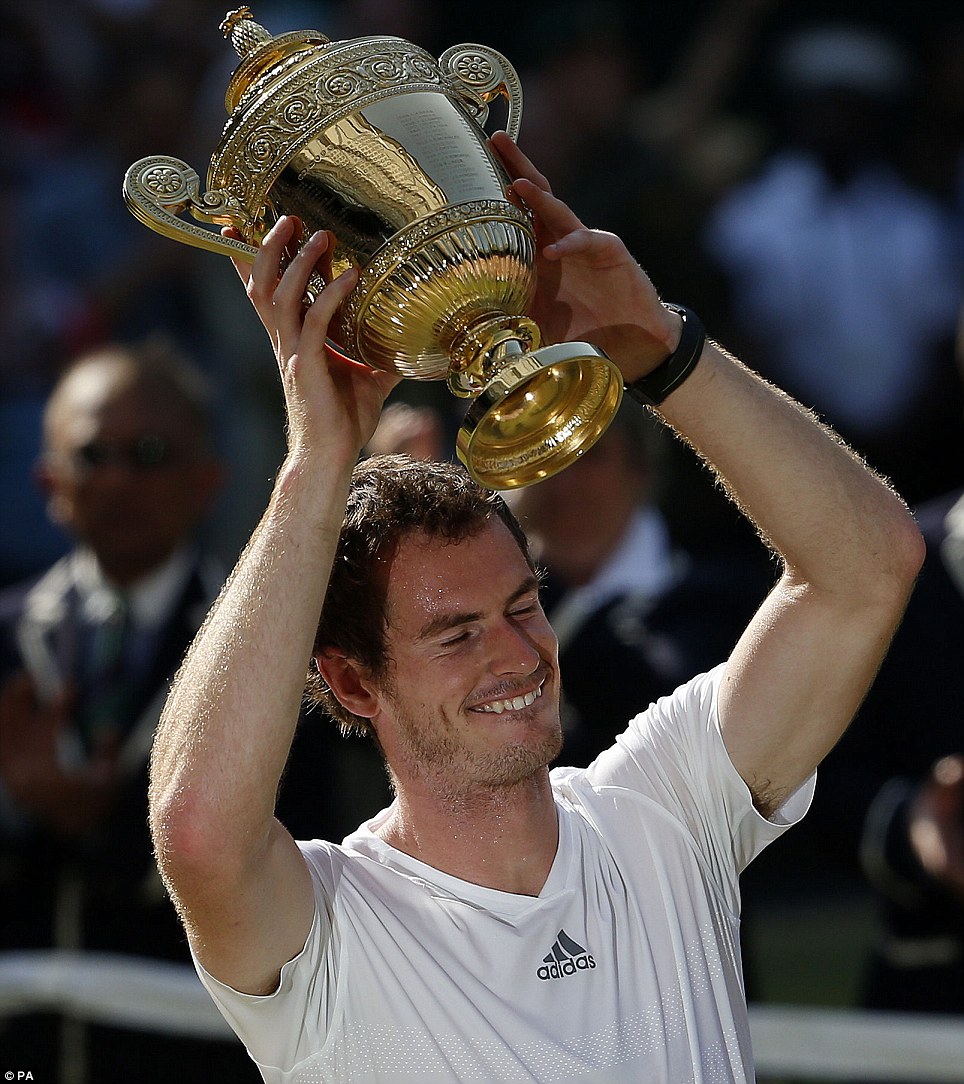 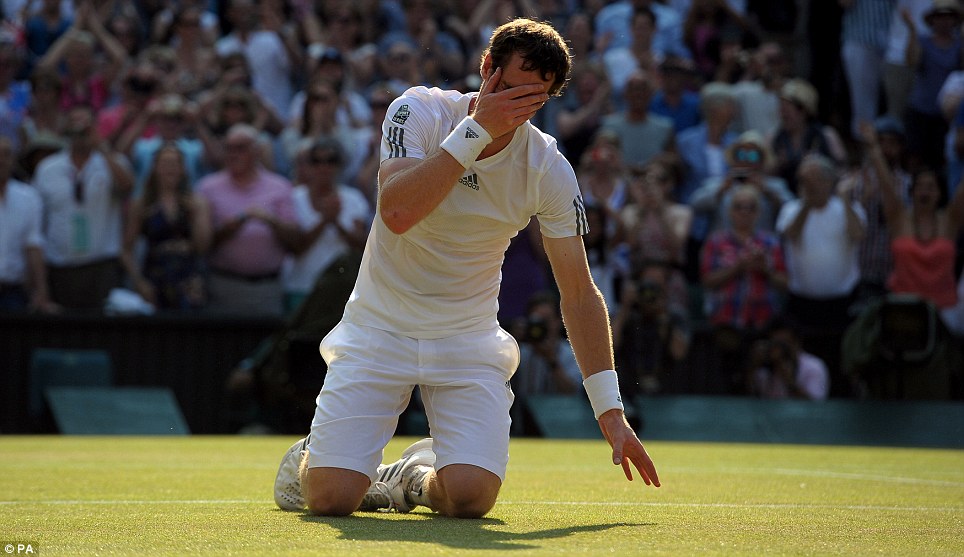 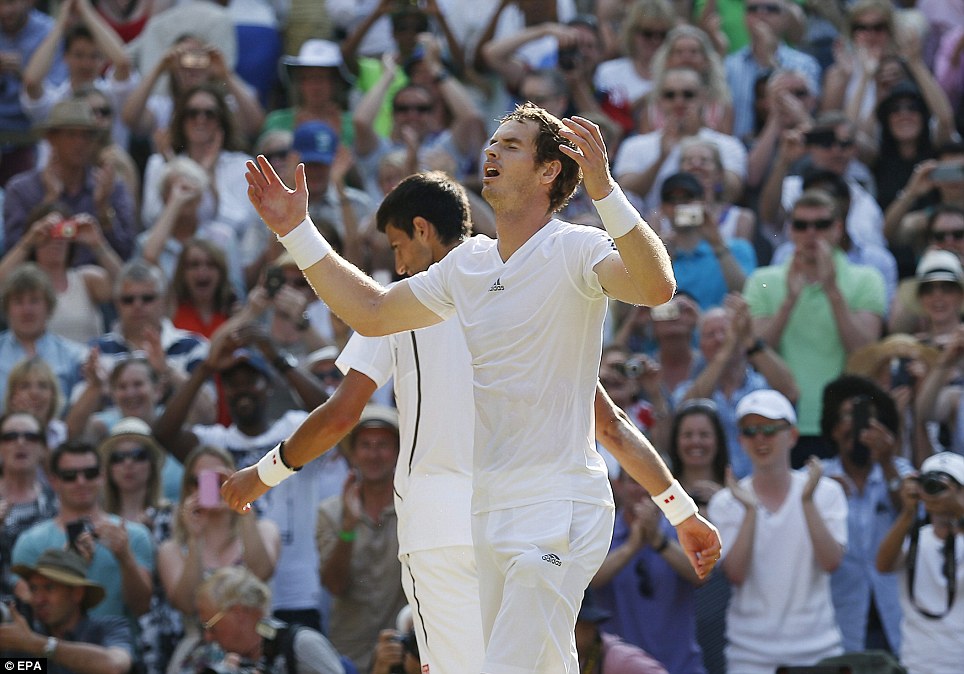 On a winning streak: Andy Murray has become the first British man to win Wimbledon in 77 years after beating Novak Djokovic in three straight sets 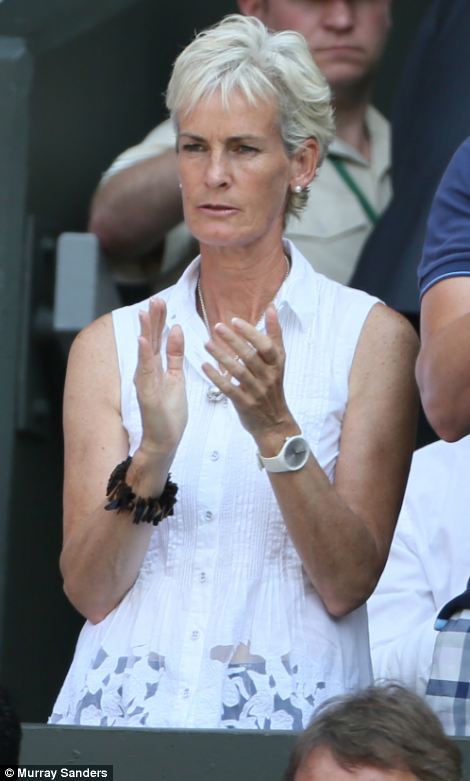 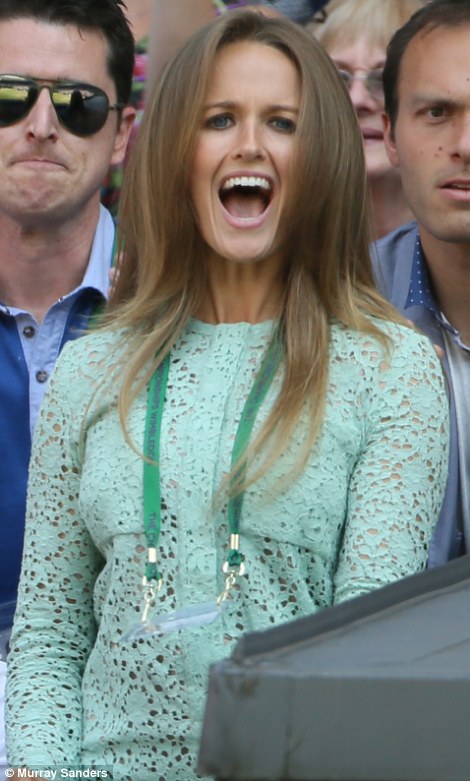 Family support:  Andy Murray’s mother Judy and girlfriend Kim Sears both watched the final from the sidelines. He ran up into the stands to give them both a kiss after securing his victory 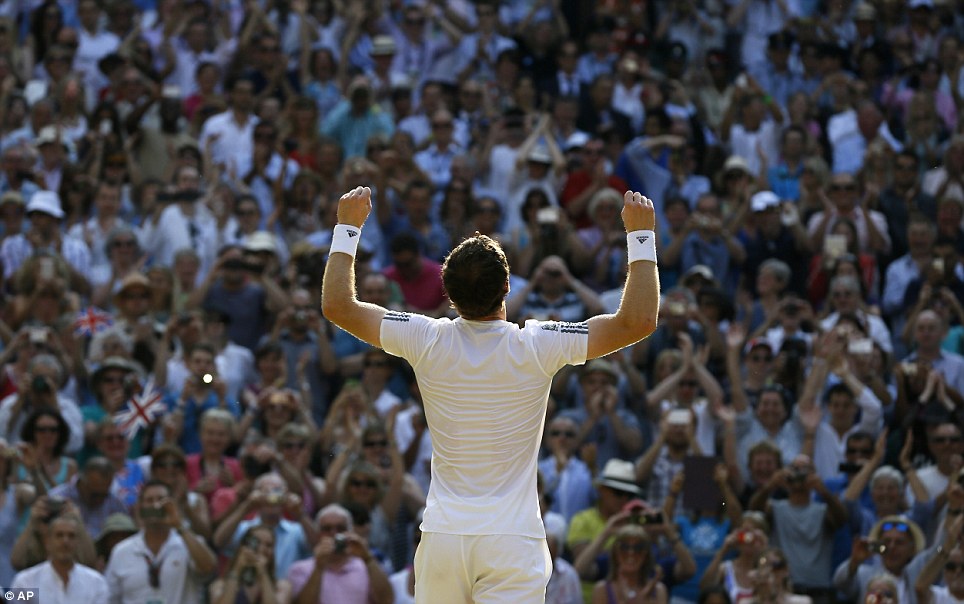 Moment of glory: Andy Murray receives a standing ovation from the crowd after beating Novak Djokovic to become Wimbledon champion 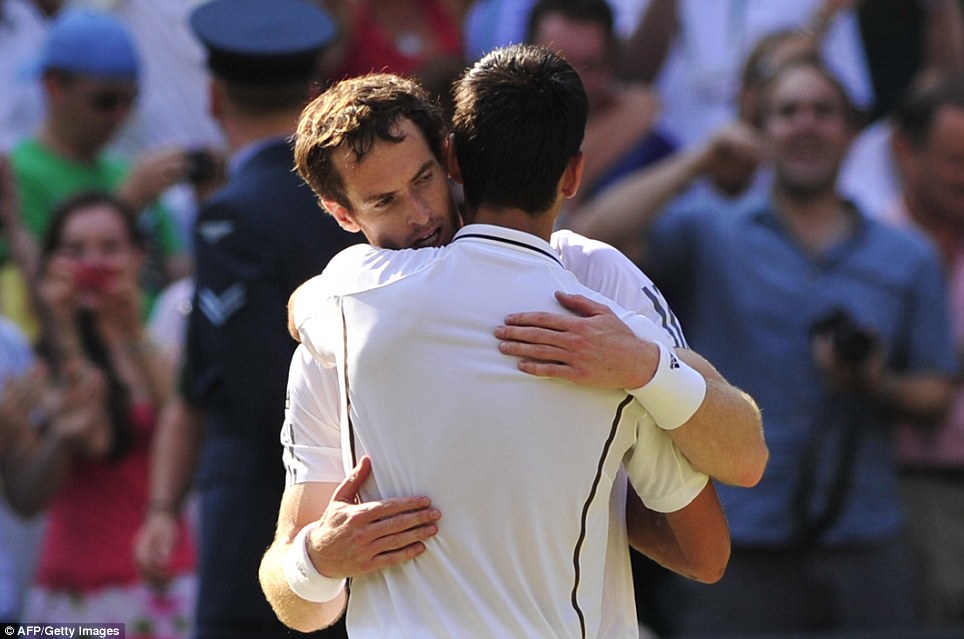 His girlfriend Kim Sears jumped out of her seat in the players’ box at All England Club’s most famous court as Murray secured his victory.

Sitting a row behind, Judy Murray – the Scot’s mother – couldn’t hide her delight, and relief, as her son took one of the most coveted titles in tennis.

The Scot broke down in tears of joy as his triumph sank in before sprinting across the famous lawn to embrace his girlfriend in the player’s box.

Murray accidentally walked past his mother, who had broken down into tears, but quickly ran up to give her a hug and a kiss when he spotted her.

After being announced as Wimbledon champion and presented with the golden trophy, Murray said he could not remember the final game that earned it him. 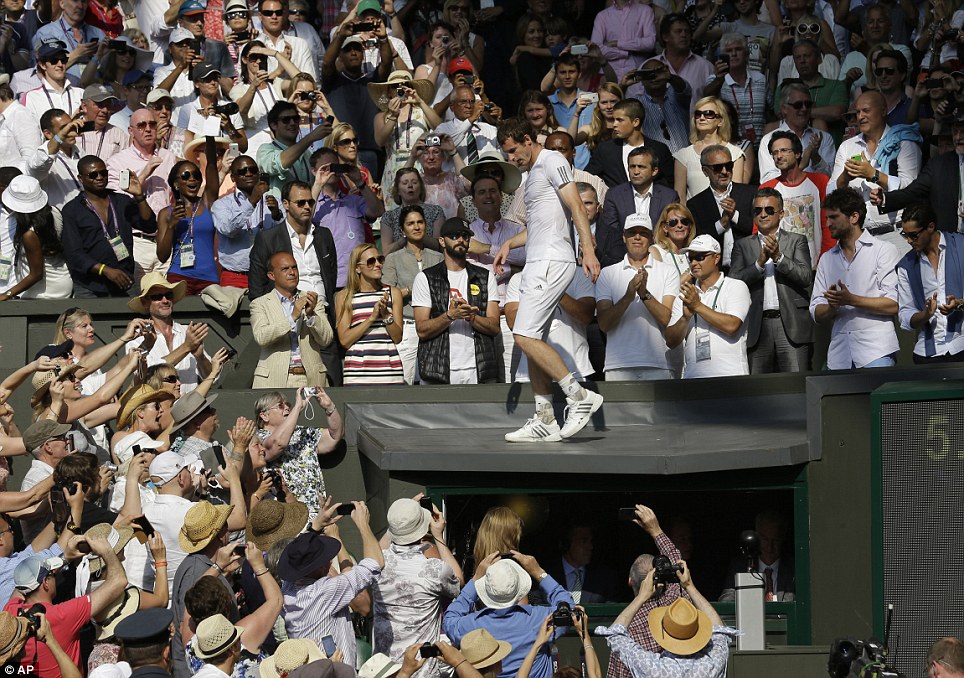 Tradition: Andy Murray walks into the stands to celebrate with relatives and friends after he defeated Novak Djokovic 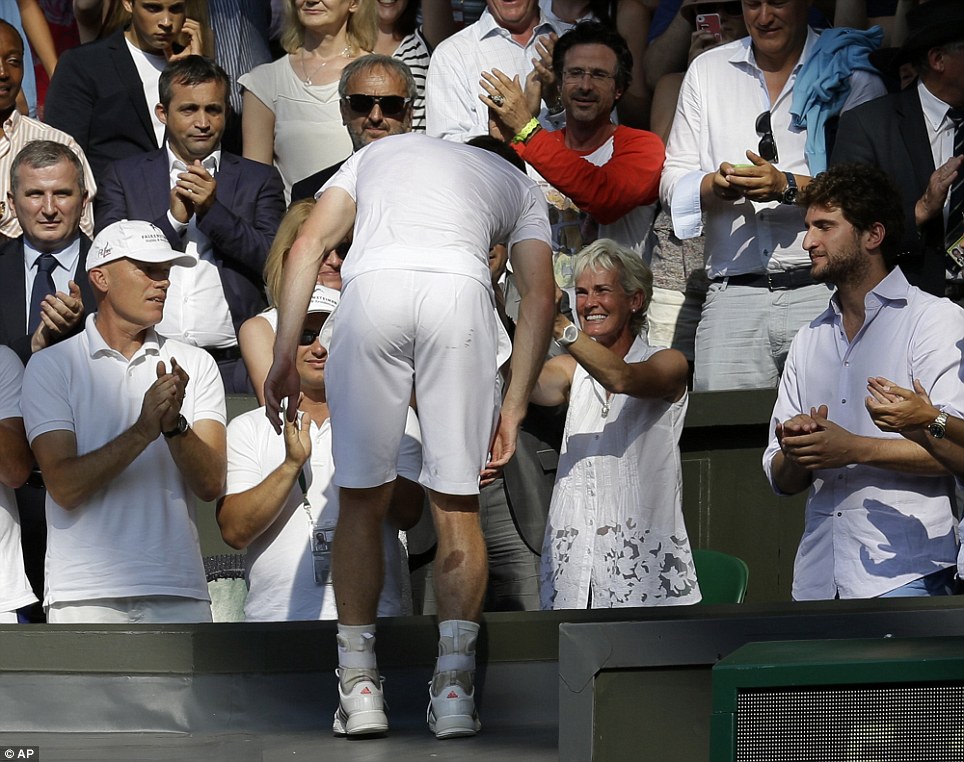 Proud: Andy Murray spots his mother Judy, pictured to his right, after he climbed up into the stands at Wimbledon after his win 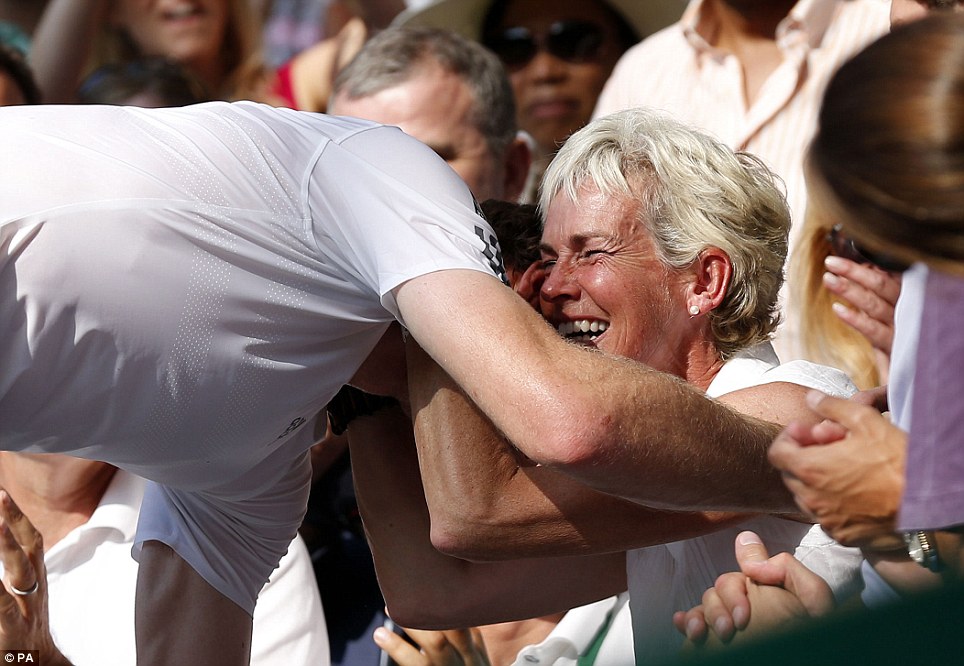 Happy moment: Andy Murray kisses his mother Judy who broke down into tears of delight after he won the men’s final at Wimbledon

‘I really don’t know what happened,’ he said. ‘I can’t even remember, that’s how well I was concentrating.’

‘It feels slightly different to last year. Last year was one of the toughest moments of my career, so to win it this year…

‘It was an unbelievably tough match. I don’t know how I managed to come through that last game. Three match points. I’m so glad to finally do it.

‘I’ve played Novak many times and he’s going to go down as one of the biggest fighters ever. He’s come back so many times from losing positions. I just managed to squeeze through in the end.

‘I know how much people want a British winner, I hope you guys enjoyed it, I tried my best.

‘I’ve got a great team, they’ve stuck by me through a lot of tough moments. This one’s for Ivan as well. I know he did everything to try and win this when he was playing, I’m glad I was able to help him out when he was coaching. He’s been brilliant with me, I’m not easy at times.’ 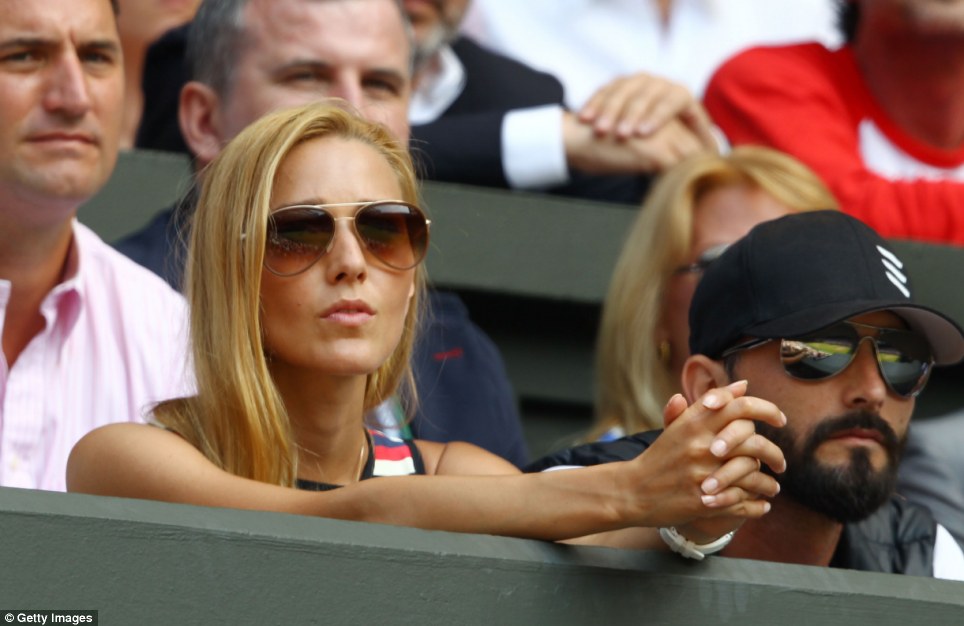 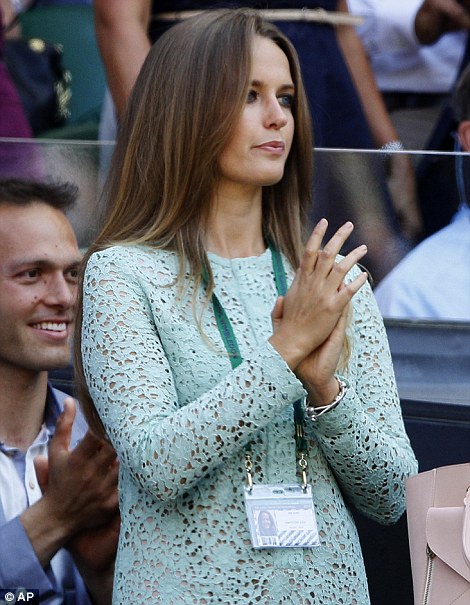 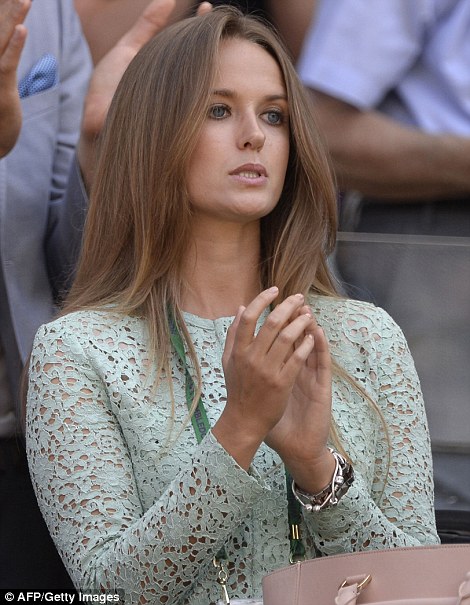 At the forefront of supporters: Kim Sears, the girlfriend of Andy Murray, claps as the final Men’s singles final match gets underway in the blistering heat today 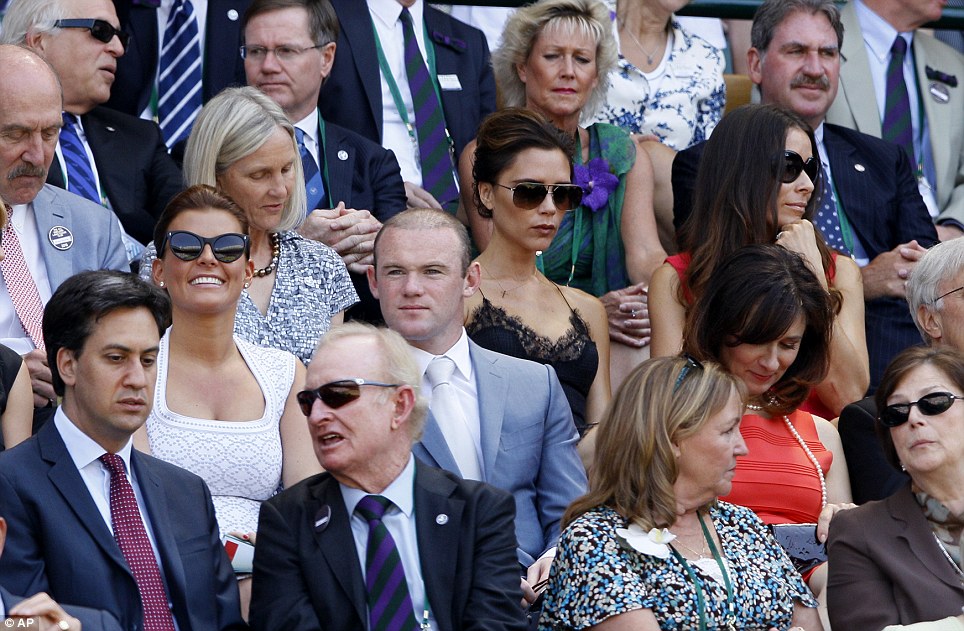 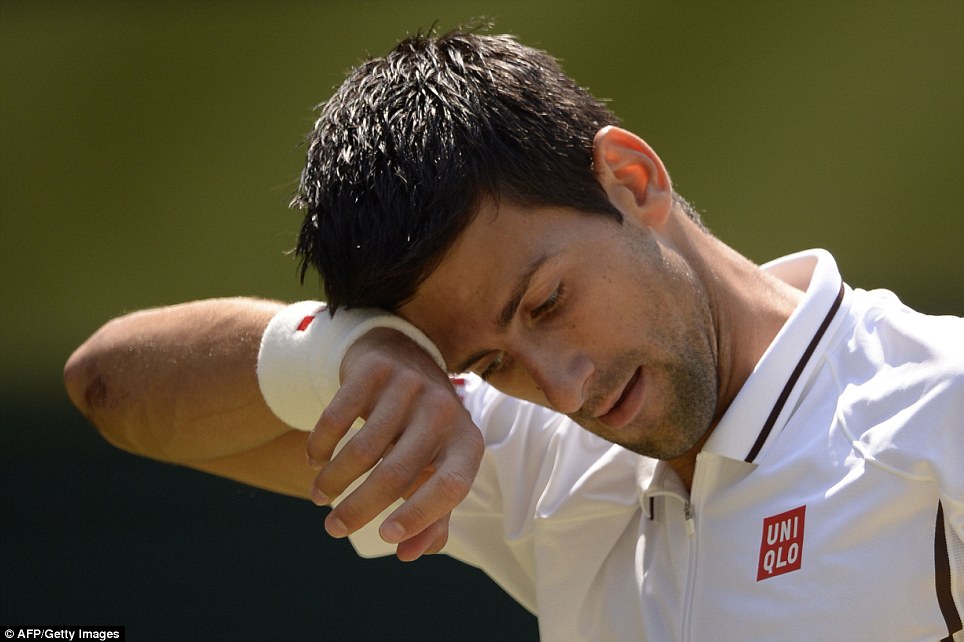 Under pressure: Novak Djokovic wipes his brow between points during his men’s final match against Andy Murray

Djokovic was magnanimous in defeat. ‘Congratulations to Andy,’ he said. ‘You absolutely deserved this win. You played incredible tennis. I know how much it means to your whole country. Well done.’