Trouble in the House of Chime: My husband bribed the NHRC to certify me mentally ill – Enugu first lady cries out 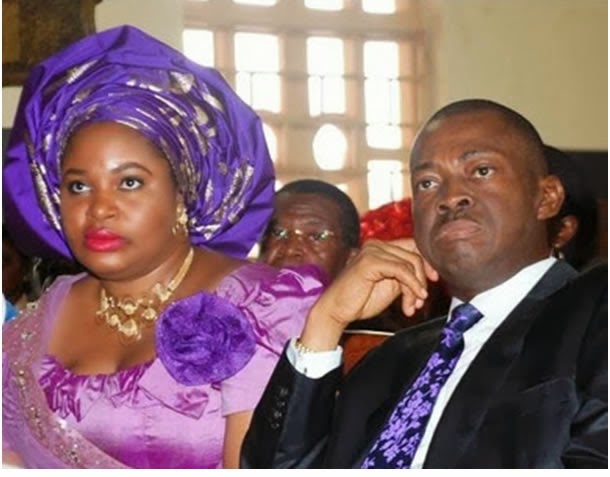 The controversy surrounding the alleged detention under house arrest of Mrs. Clara Chime, First Lady of Enugu State, by her husband Sullivan Chime, the Governor, has taken a dramatic new turn.

According to reports, Mrs. Chime has allegedly accused her husband of bribing the delegation of the National Human Rights Commission which visited the Government House to assess her situation.

The members of the rights commission visited the governor and his wife in Enugu yesterday and agreed with Governor Chime’s assertions that his wife was suffering from depression and hallucinations.

The executive secretary of the commission, Bem Angwe, had visited the Enugu State Government House with other members to investigate the alleged forcible detention of Ms. Chime.

The case of Ms. Clara Chime reported detention stirred widespread national and international attention when media oulets all over the country reported last week that she had hired a Nigerian attorney, Femi Falana, to file a lawsuit on her behalf to secure her freedom from what she described as forcible confinement and imprisonment in Government House, Enugu.

In the wake of the controversy, Mr. Angwe, a professor, led other members of the human rights body on an investigative trip to Enugu. The commission members reportedly spent more than seven hours interviewing Governor Chime, his wife and others. A source told our correspondent that the commission talked to family members, the governor’s domestic staff, and security aides posted to Government House, Enugu.

One source said Governor Chime tried to justify his wife’s confinement as well as the high security presence around her as measures designed to protect her privacy and to help her deal with certain health challenges, the nature of which the governor did not disclose. Mr. Chime had earlier asserted that his wife’s confinement was at the direction of her medical doctor.

A source revealed that the governor told members of the human rights commission that his wife had to be confined in order to curtail her violent tendencies. He further alleged that that his wife may have brought in some “ritualists” into the governor’s official residence to perform some diabolic acts during his absence.

In an interim report released today and published on its website, the commission stated that the issue was a disagreement between the governor and his wife “over the procedure for the treatment of her health challenges, which border on occasional hallucinations and depression.”

The commission’s report confirmed that Ms. Chime had for the past two weeks been confined to her apartment on medical advice for purposes of medical maintenance and security, adding that the governor’s wife admitted that she was in possession and control of keys to her apartment. Mr. Angwe added that the commission’s five-person team of investigators had inspected the apartment.

But in an angry reaction to the commission’s report, Ms. Chime accused its members of accepting a bribe from the governor in order to portray her as mentally disturbed, according to a source close to her.

In an email to a close confidant, she wrote, “What you read in the newspaper is a complete farce and fabrication,” adding, “The truth is that I am severely depressed because of the inhuman suffering and atrocious conditions I have been subjected to for some years now.” She said that she had “been bearing the burden hoping that this ordeal would come to an end somehow but the end seems endless, hence my crying out.”

Ms. Chime described her husband’s reported “protection” of her as “all window dressing.” She stated that she was “only suffering from Depression because of all that I have been subjected to,” adding, “I am not mad as he seems to convey. There is no family history of serious mental illness in my family and would challenge him by bringing an independent Psychiatrist to assess or evaluate my mental state to prove my point.”