Did Gov Ambode and FG have to wait this long to listen to Lagos residents? On July 19, 2018, Nigeria’s Vice President, Yemi Osinbajo, accompanied by the Transport Minister Rotimi Amaechi and senior Naval and Police officers visited Lagos and ordered the immediate commencement of a 72- hour joint operation to clear off the trucks from Apapa and its environs.

According to Osinbajo’s directive, the operation would be carried out by the collaborative efforts of the Police, Nigeria Navy, Nigeria Army, the Nigeria Air Force, FRSC, the NSCDC, LASTMA, LASEMA, container truck drivers, National Association of Road Transport Owners (NARTO), NUPENG, as well as the Road Transport Employers Association of Nigeria (RTEAN).

On July 22, 2018, the Governor of Lagos, Akinwunmi Ambode, extended the operation of the Joint Task Force and speaking with reporters afterwards, the State Commissioner for Transportation, Ladi Lawanson, said he was satisfied with the progress of work.

“What we are doing now are just palliative measures and we have to solve the problem from the source. Even though this is not within the governor’s jurisdiction but he is adopting a collaborative approach with these agencies of the federal government which are the root cause of the problem to look for medium to long-term solutions in support of the palliative measure that the governor has started,” Lawanson said.

According to him, “this was followed by their deployment to the locations for the evacuation of the petroleum tankers and flat belt trucks causing gridlock from the service lanes and the expressway to seven holding bays at Ijora, Isolo, Amowu-Odofin, Orile, Apapa and Ijesha with the help of two Goliaths deployed by LASEMA.”

To understand progress of work and if the order by Osinbajo will be obeyed, YNaija took a trip to some of the areas affected by the heavy presence of trucks – trucks that cause gridlocks across the state, extending to Palm Groove, Cele Express (Oshodi road), Orile, Mile 2, Marine Beach towards Barracks bus stop, Ojo road towards Boundary Ajegunle and this is what we noticed.

From Orile to Mile 2, no truck was seen along the way, but from Mile 2 towards Cele Express and the other side towards Apapa, the road still remains relatively blocked as the task force only cleared up the service lane; while the trucks are still parked on the expressway. 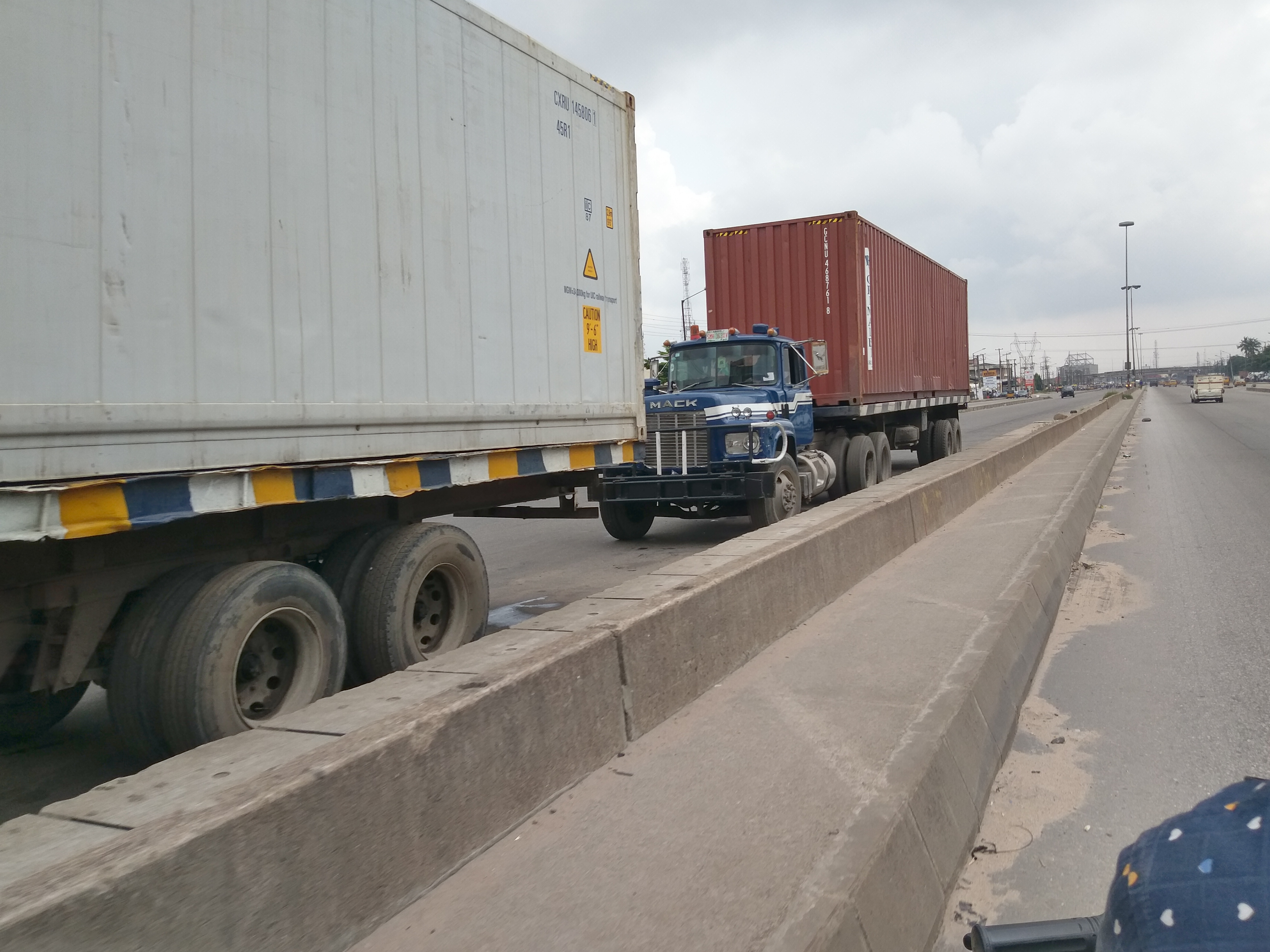 At Suru-Alaba inward Boundary, the trucks usually parked along the way have also been removed; this clearance extends to Marine Beach.

On the Fadeyi-Palm  Groove axis, the trucks that cause serious traffic disturbance (every day of the week) sometimes to Obanikoro are no longer there, but from Costain to Orile, there are clusters of trucks at different points.

From Marine Beach down to Apapa Wharf, there is a heavy presence of trucks – this may be due to the repair being carried out on the roads.

All of these begs the question: Where are the holding bays that Bamigbetan said the trucks were taken to?

One of the drivers along the Oshodi-Mile 2 expressway, who said the trucks were taken off only from Ikorodu road and from Orile to Mile 2, confirmed that the trucks parked on the road from Costain to Apapa are still there and at no time where they informed by the government of any holding bays where they could move their trucks. He stated further that one of the reasons the trucks are parked in those areas, where traffic is a serious problem, is the unavailability of space at main terminals in Apapa. “Too many unnecessary things are kept in those terminals and there is no longer space for us,” he said. He added that the holding bay at Liverpool, Apapa, cannot take the number of trucks that will be required to clear the roads.

Another truck driver said he does not know anything about the bays and the government should help clear the roads as, sometimes, they sleep for about three weeks on the road.

At the section from Wharf to Tin Can Island, the officials at the gate said they have no knowledge of the holding bays, except that the roads are being repaired and activities have gone on as usual. Some officials of the Nigerian Ports Authority (NPA) were totally ignorant of the bays and say that its officials are not part of the task force set up to clear the roads, therefore they could not take questions. 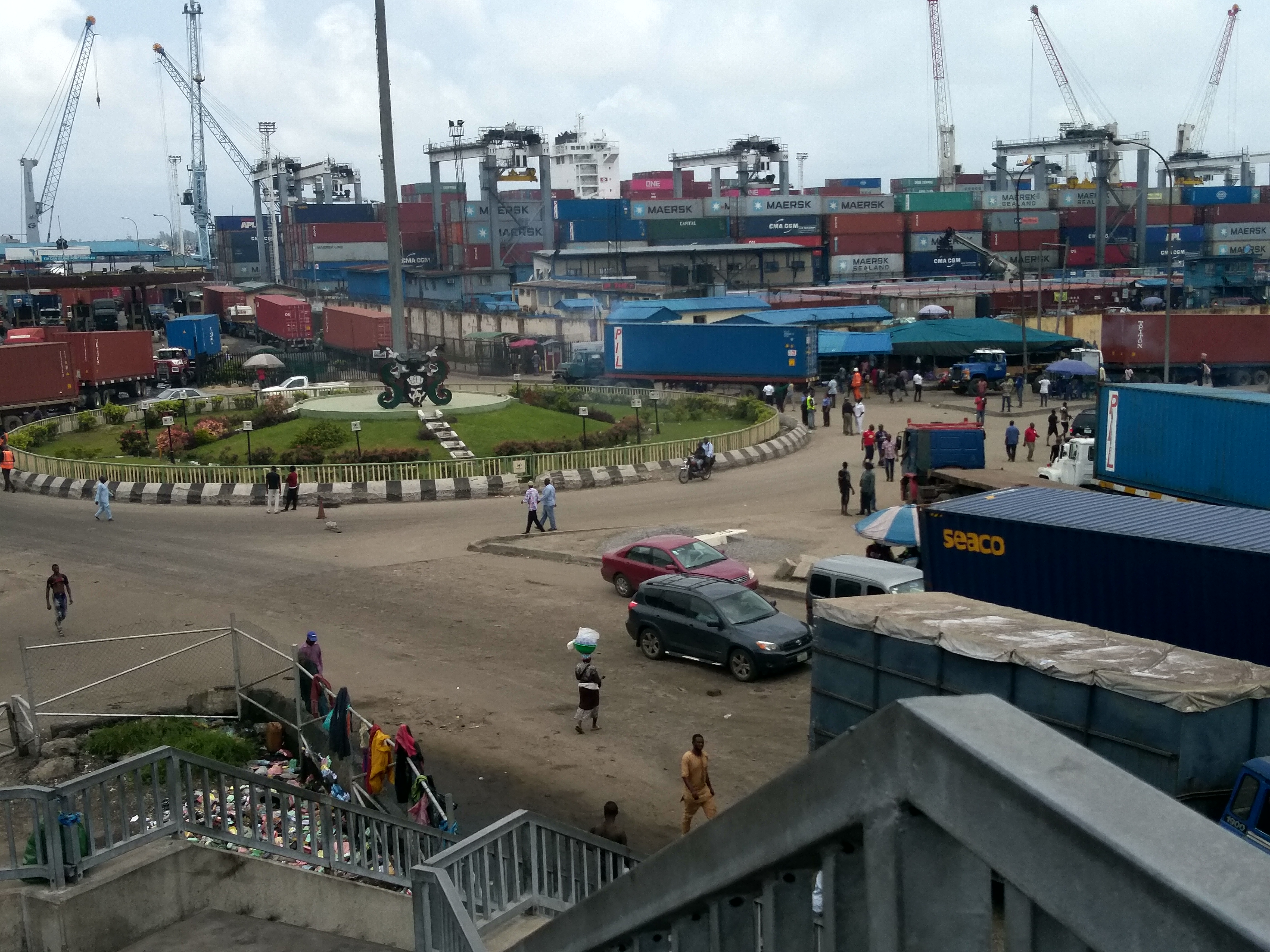 In a follow-up statement by Osinbajo’s Special Assistant on Media, Laolu Akande, the Federal Government, in collaboration with the state government say they “are in constant consultations, and are working with all the relevant agencies and stakeholders to comprehensively and completely tackle the challenges of Ports congestion and the traffic gridlock.”

He added, “Also, concerns arising from the operation itself, including those regarding the relocation of trucks and trailers to parks, are being reviewed and would be promptly sorted out by the relevant agencies. This is an emergency situation that necessitates some urgent measures towards a quick restoration of order.”

Traffic gridlock has been a major issue in Lagos for several months now and while we commend the collaborative efforts of the Lagos government and the Federal government to contain the situation, it seemed no one was concerned that the gridlock had been a major challenge for Lagos residents and anyone who visits Lagos.

If these holding bays really existed from the onset, why were they not utilised until the trucks became an apparent menace and had caused more havoc than anyone can remember?

Nothing happens in Nigeria until the problem persists and is almost beyond repair. There is no certainty at this point that the palliative measures are permanent solutions or just an attempt to get people to stop ‘talking’ for a while – besides, why are there still so many trucks along major roads in Lagos?

If indeed the government is interested in clearing the roads and bringing sanity back to the expressways, it will find permanent solutions to the menace, speed up the repair of the Apapa roads; and also provide alternatives for the trucks, as there is no way the current system will ensure the trucks do not return.

Attempts to get Bamigbetan, the Commissioner for Information failed as at the time of filing this report.

The BBN Reunion show, which sees housemates of the Big Brother reality TV show, from the previous season get together ...