Tiny plastic beads filled with gas may help men overcome impotence – and early results show that the treatment is more effective than Viagra.

The beads – less than 1mm wide- are injected into the penis, where they slowly release a gas called nitric oxide. This helps widen blood vessels, improving blood supply to the area. 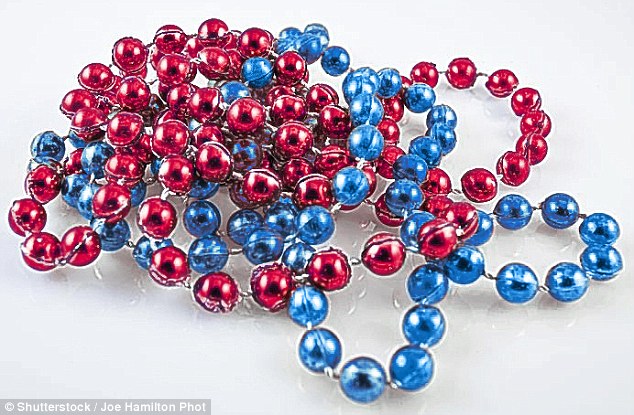 Alternative: Tiny plastic beads, which improve blood supply in the penis, have been shown to be a more effective treatment than Viagra

An erection is caused by blood flowing into special chambers along the length of the penis.

These chambers are supplied by a network of delicate blood vessels – and so anything that damages these vessels will disrupt blood supply and could lead to impotence. It is for this reason that men with high blood pressure, cholesterol and diabetes are at increased risk of erectile dysfunction. Some estimates suggest that 50 to 75 per cent of diabetic men are affected.

Several drug treatments – including sildenafil, sold as Viagra – have been shown to be successful for erectile dysfunction, but for some reason a third of men do not respond to them.

Now the beads may provide an alternative. Previous trials on heart disease patients have suggested that nitric oxide helps widen blood vessels. Other studies suggest levels of the gas may decline as men age.

In a new trial at Rice University in the U.S., scientists injected the spheres into the corpus cavernosum, the regions of the organ that fills with blood and triggers an erection. Results showed a boosted erectile function for three weeks, and a greater improvement than with sildenafil.

The treatment was given to animals with induced type 2 diabetes, but the researchers believe the treatment could be used for erectile dysfunction due to other conditions.

Now the  team behind the study, which was published in the Journal of Sexual Medicine, is planning to test the beads in human trials.

The scientists say the treatment could also be used alongside drugs for erectile dysfunction, and it could be available within five years if trials are successful.

Commenting on the trial, Professor Raj Persad, from Bristol Urological Institute, said the beads may also have benefits for overall health, as they could help boost blood flow throughout the whole body – even if they are placed only in the genital area.

‘This new technology is a welcome approach to the management of erectile dysfunction.

‘The beneficial effects of the nitric oxide may be seen not only in erections but in protective and beneficial cardiovascular effects. I look forward to this treatment being licensed for use in the UK as it seems both safe and effective on the data presented.’ 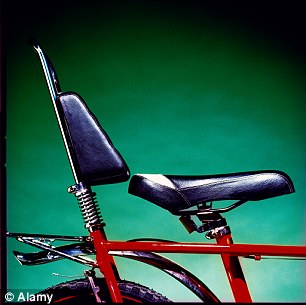 Saddle up: Scientists have developed a new type of bike seat they say could reduce the risk of impotence

Meanwhile, scientists have developed a new type of bike saddle that they say could reduce the risk of impotence.

Previous studies suggest cycling regularly can compress blood vessels in the groin that supply the penis. In one trial of male cyclists, blood supply to the  penis was reduced in 70 per cent of them.

This could have several adverse effects. Previous research suggests that riding a bike for more than three hours may increase the risk of developing erectile dysfunction.

It has also been suggested that regular cycling may increase the risk of an inflamed prostate – prostatitis – though experts say more evidence is needed.

Now researchers at the University of Alicante in Spain say they have developed a saddle that may avoid this problem.

It has a hinge in the middle and allows the front to be dropped to a variety of angles, relieving pressure on the groin.

The device is in the prototype stage and is undergoing tests to see just how effective it is at reducing the risk of impotence and or prostatitis.