He’s in for a BUSTY treat! Look what Mariah Carey’s got for husband Nick Cannon’s birthday (PHOTO)

If anyone was wondering what Mariah Carey was getting for her husband’s birthday they just need to check her Twitter feed.

The singer tweeted a sexy shot of her bust in raunchy lingerie on Tuesday with message: ‘Happy Birthday to my Hubby @NickCannon…”my baby I’m waiting on youuuu”hahaha! KKLB! GHL!!!! Mwah !!!!!’

With only a shirt to cover her shoulders, Nick may well have been rushing home to see his wife after seeing the birthday surprise. 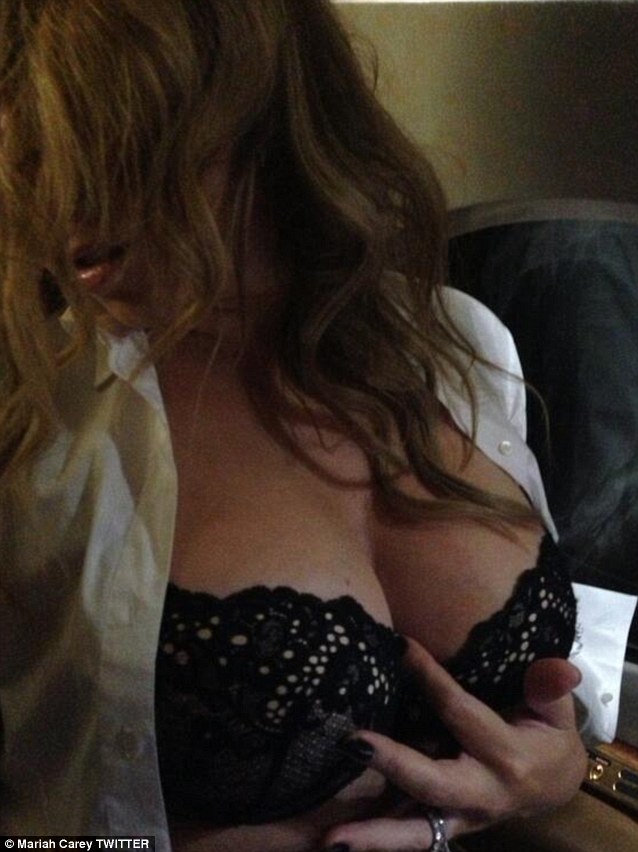 The former American Idol judge also makes use of her secret text lingo that both she and her husband use to send private messages on public forums.

Cannon celebrates his 33rd year on the planet on October 8th, but last year they marked the occasion with a big gathering at Hollywood’s popular Playhouse nightclub. 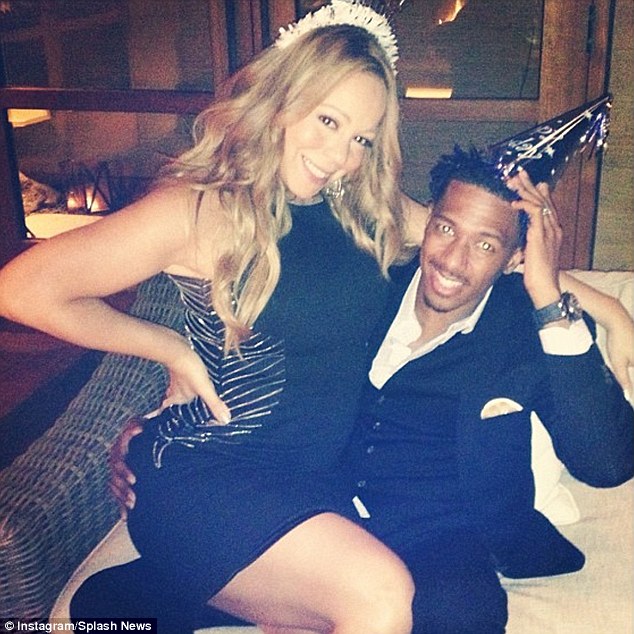 Joyous occasion: American Idol star Mariah Carey and her husband Nick Cannon were all smiles last year as they celebrated his 32nd birthday with party hats 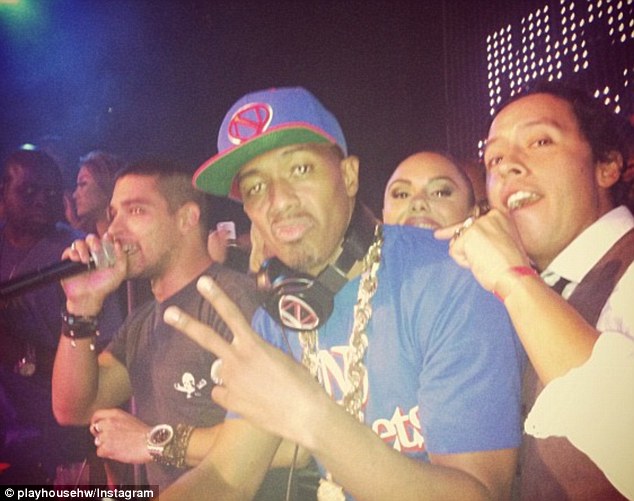 Wearing party hats, Nick and Mariah were joined by actor Wilma Valderrama and Efren Ramirez, and the night was documented via Carey’s Twitter account.

This year they may want to have a more quiet time with their twins Monroe and Moroccan, and to allow Mariah to recover from her dislocated shoulder and broken rib that she sustained while starring in a music video. 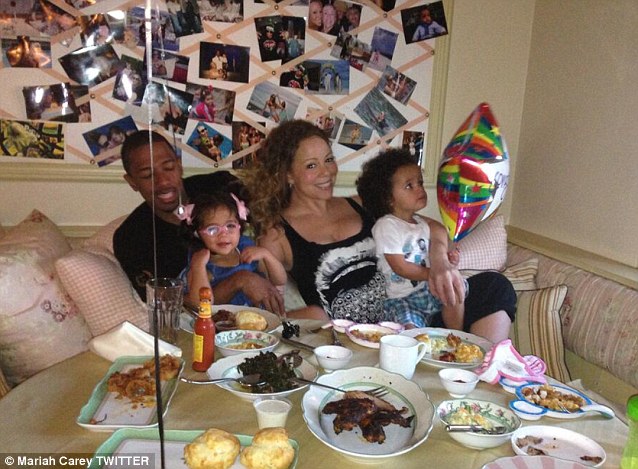 The family: Mariah and Nick with their two children Moroccan and Monroe

The shoot was for a Young Jeezy remix of her song Beautiful, and was being directed by her husband, but she explained on TV show Entertainment Tonight: ‘It wasn’t Nick’s fault, it was my fault.

‘Honestly, I had been working for a really long time, and you know how when you’re posing? I was posing, and my arm was like [shaking]. It was shaking at that point, so it was very fatigued.

And about the ninth take, the tenth take, I was on a roll, darling, a roll! And the next thing I knew, I was on the floor, baby…on cement’ Mariah joked. 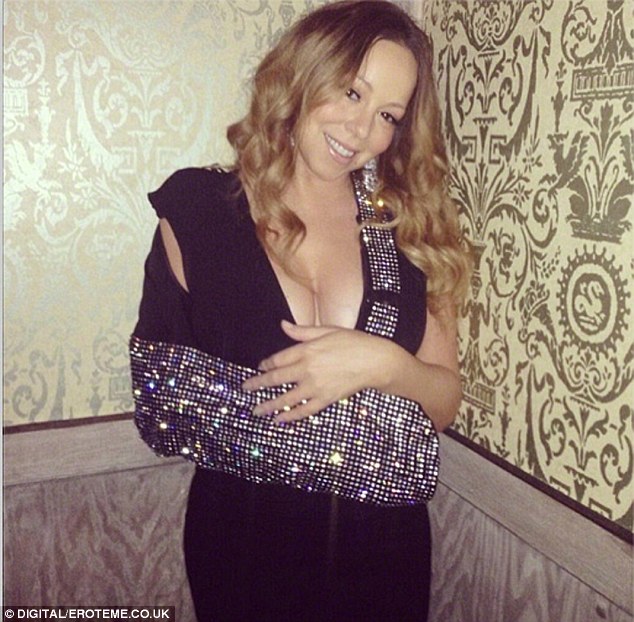