Horrible: Man cuts his own throat in protest against controversial UK bedroom tax

A man cut his throat with a knife in a benefits advice office in a protest about the controversial bedroom tax.

The middle-aged man said he was ‘sick of all this s___’ then dragged a blade through skin from his ear down to his throat on each side of his neck.

The wounds left him and the floor of the Runcorn office spattered with blood, a witness said. 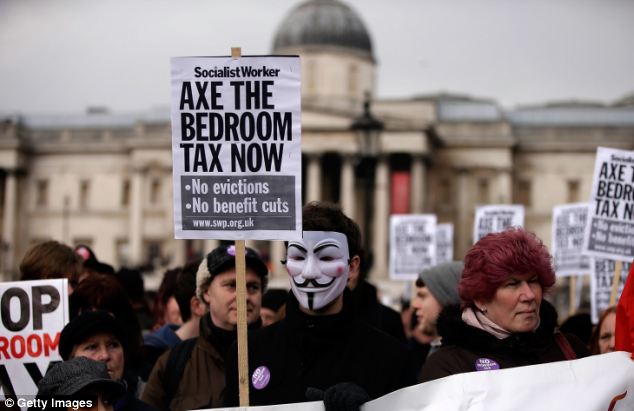 The gory outburst happened at about 2pm on Monday, at Halton Direct Link in Halton Lea shopping centre.

Staff hit an emergency alarm during the incident.

The witness, who was waiting in line to see an adviser, said no other residents reacted to the outburst but that staff seemed ‘a little bit shocked’.

He said: ‘From what I could see, the bloke had gone to see an adviser. 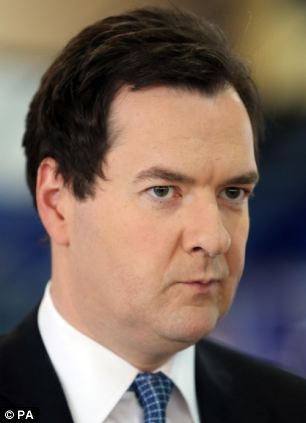 ‘He was upset about the bedroom tax and wasn’t getting through and he started to cut his throat on both sides and threw the knife on the floor and he had blood coming from his neck.

‘There was a lot of blood but it hadn’t come out of his artery, he wasn’t gushing out blood.

‘He went through the side of his neck from his ear to the front.

Everyone was just sat about waiting to go and see the adviser. I was in the queue. Nobody did nothing.’

A Halton Council spokesman said: ‘We are aware of this incident.

‘The person concerned is receiving appropriate support and we are supporting our staff who witnessed the incident.’

Cheshire police officers have spoken to the man, who suffered ‘minor injuries’, about his well-being.

No criminal offences were reported.

In April the so-called ‘bedroom tax’ was introduced, which will see social housing tenants with spare rooms docked an average of £14 a week in benefits.

Around 660,000 people are set to lose some of their housing benefit from the change, which is expected to save the Government £465million a year.

The charge is aimed at reducing over-crowding in social housing and directing benefits towards those who are most in need.

But Labour attacked the move, with shadow chancellor Ed Balls denouncing it as ‘possibly the worst, most cack-handed and massively unfair piece of policy-making I’ve ever seen’.