Instant makeover: This is how to transform your iPhone into a BlackBerry in seconds (LOOK)

US TV presenter, Ryan Seacrest, is being backed by a company to help bridge the gap between users of touchscreen phones and phones with QWERTY keyboards like the Blackberry, by creating a physical keyboard that slides onto touchscreen phones.

However, this new invention comes at a price. The Typo Keyboard which costs $99 (£60), is due to launch in January 2014 for iPhone 5 and iPhone 5s handsets.

Other smartphones and tablets versions are expected to follow later next year.

Seacrest is said to have invested $1million in the phone keyboard, and he is shown as a co-founder on the Type Products company website. Although the keyboard slides onto the bottom of the phone, it actually connects to the software via Bluetooth.

When a user wants to write a message, email or Facebook post, for example, they can type on the physical keyboard and the key strokes will be sent wirelessly to the phone in real-time. The case adds a quarter of an inch thickness to the Apple handset, and around an inch to the length. 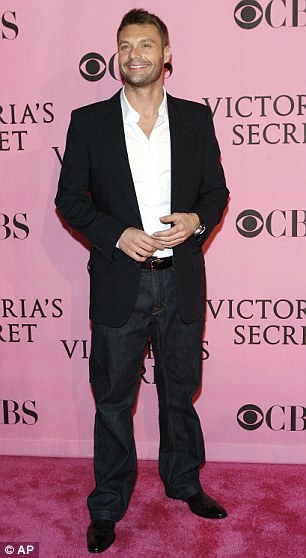 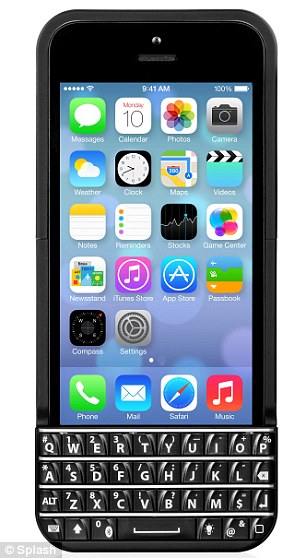 According to the Typo Products site: “When we set out to design the Typo Keyboard, our goal was simple: create a keyboard and case that would add the absolute minimum additional length and thickness to the iPhone, while still providing protection to the phone and a butter-smooth, tactile typing experience.”

The gadget is set to launch at the Consumer Electronics Show in Las Vegas in January. The company added: “For several years, many of our friends carried two phones: one for typing and correspondence and an iPhone for virtually everything else. One night, we were out to dinner and both had our phones on the table.”

“Two people, four phones! We looked at each other and thought there was an easy solution to the problem, a keyboard for the iPhone. That’s when we decided to take matters into our own hands and the Typo Keyboard was born.”

The OEM Slider board is similar, but slides from the side of the handset, whereas the Concord Keystone Swivel board has a keyboard built into a flip case.