Nigeria has moved up three places to the 41st position in the World and retained the fifth in Africa in the latest FIFA Coca-Cola world rankings.

It said that Nigeria had 721 points compared to the 696 in September. 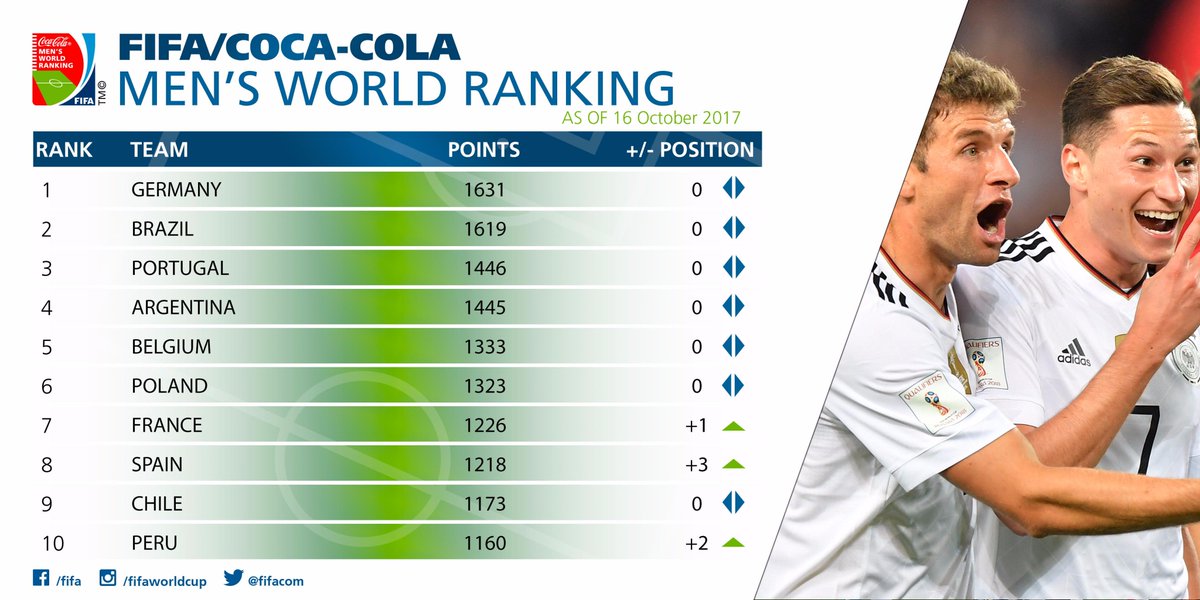