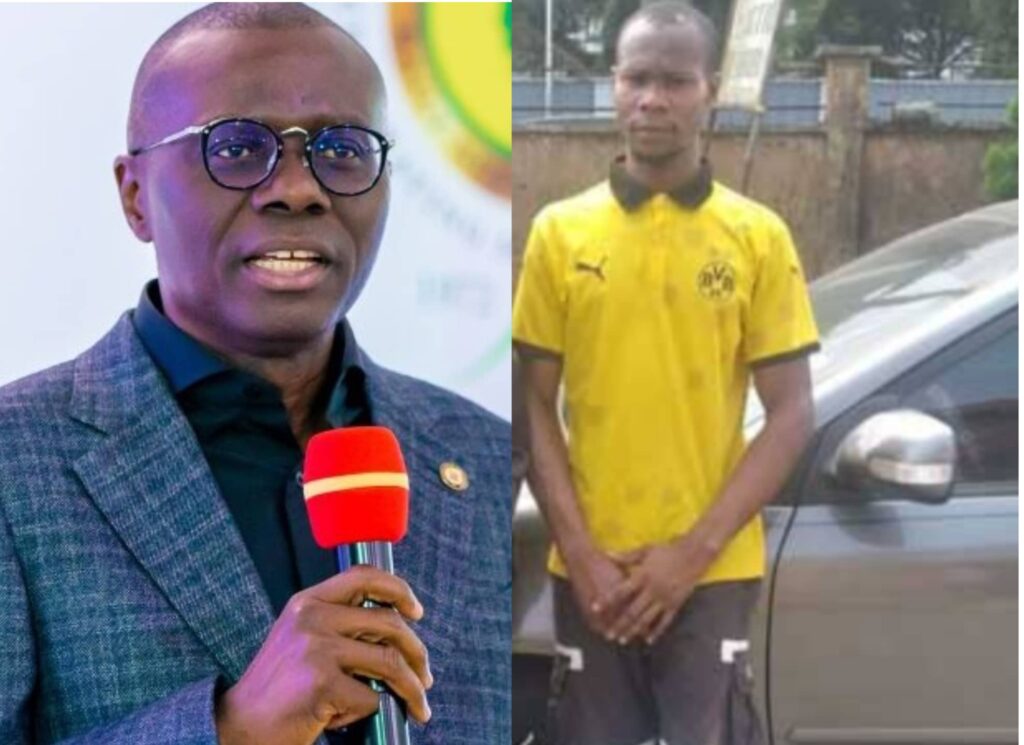 Grace Moses, the mother of the 27-year-old man from the Delta state who claims that Sanwo-Olu, the Governor of Lagos State, is his father, has finally spoken out.

Grace Moses, 47, confirmed that Sanwo Olu is the father of her son at a court hearing at the Delta State High Court 2 in Effurun, Uvwie Local Government Area.

Grace Moses, speaking to reporters after the court had adjourned the case involving the governor and her son, Emmanuel Sanwo-Olu, stated, “My message to Sanwo-Olu is that he should come and collect his child. The baby is grown up. He is troubling me. If not for God, I would have been dead by now.”

“The baby is now grown and he’s threatening to kill me if I do not show him his father”.

She mentioned that Governor Sanwo-Olu was at the time working with a construction company in the Ubogo Community in the Udu Local Government Area.

The woman claims that Mr. Sanwo-Olu fled the state after learning of her pregnancy, claiming that he had been moved to a new job in Maiduguri, Borno State.

She also claimed that Sanwo Olu is the biological father of his son since the two of them had frequent sexual encounters.

Grace Moses told her son, Emanuel Sanwo-Olu that his father is not a cripple.

The 27-year-old Emmanuel Moses, who was also in the courtroom on December 6, 2022, told reporters that he hasn’t heard from Mr. Babajide Sanwo-Olu since. Attempts to set such a meeting, he added, had failed.

Emmanuel Sanwo-Olu said he is not going after his father because he is wealthy or the current governor of Lagos State.  His only need was confirmation that this man was indeed his biological father.

His mother, he added, recounted to him the story of how she first met his father, Babajide Sanwo-Olu, many years ago.

“I am not seeing anybody as my father’s relatives. I am bothered about it because my friends are mocking me,” he said

Mr. Akosile added that the Lagos governor was “not interested in focusing on unimportant matters” and that the matter is already in court.