This was disclosed in a statement signed by the church’s Head, Media & Public Relations, Pastor Olaitan Olubiyi.

The statement had read: “Pastor Olu Obanure was appointed the assistant general overseer in charge of Establishment during the 64th Annual Convention of the Mission in August 2016.

“He had served the Mission in such various capacities as the special assistant to the general overseer (Admin/Personnel) pastor-in charge of West Coast with base in Accra Ghana and as the provincial pastor, Northern Province 5 with headquarters in Abuja.

“The Kogi-state born man of God had a Masters Degree in Communications and Language Arts from the University of Ibadan.

“He is survived by his wife and children.” 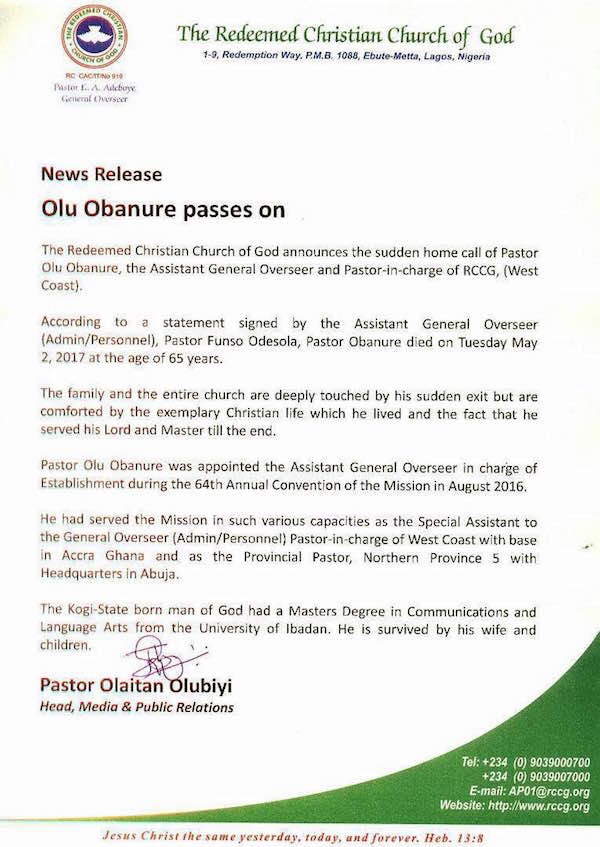