Unbridled rage: Chinese official trashes airport after missing flight ‘because he stopped to get breakfast’ (WATCH)

Hilarious video emerged today of a Chinese Communist official trashing an airport boarding gate in a rage after missing his flight.

Yan Linkun and his wife were caught on CCTV trying to board at Changshui International Airport when they are reportedly told the plane had already left.

Mr Yan initially reacts by pushing violently at the doors, but as his temper boils over he starts ripping out computers on the steward’s desk and throwing them to the ground. 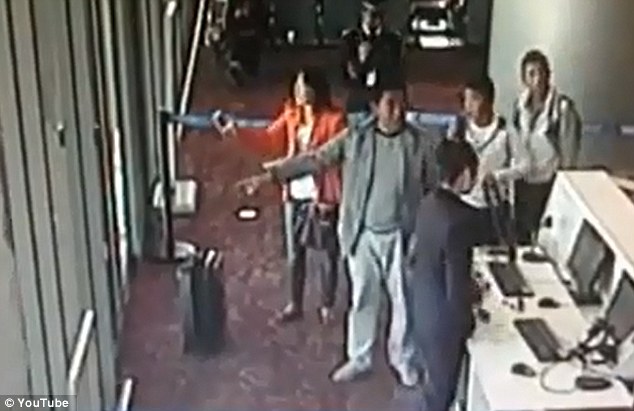 Sinking feeling: Chinese official Yan Linkun (centre) and his wife (left) point to the closed doors of the departure gate after being told they have missed their flight 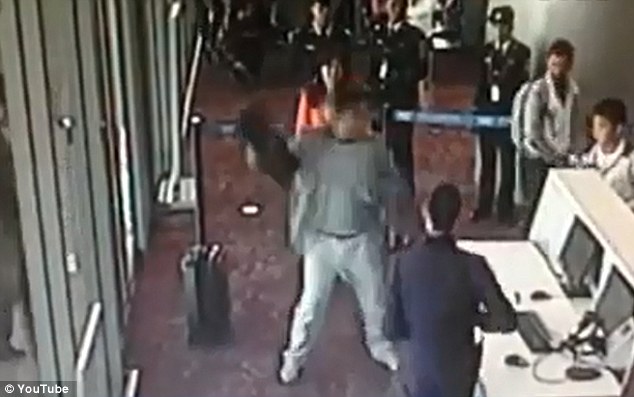 Flipping out: As his temper boils over, Mr Yan picks up a computer keyboard and launches it toward the desk as the steward desperately tries to get out of the way 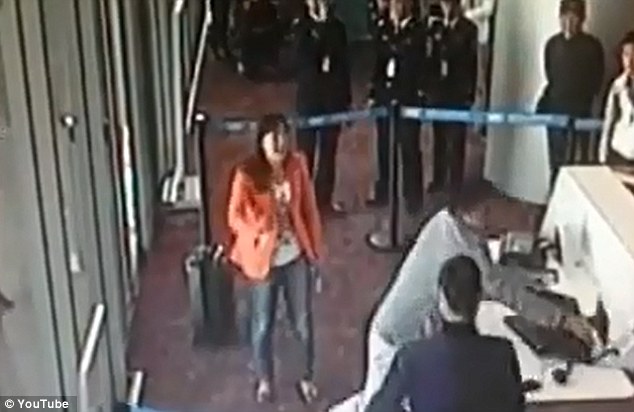 Boiling over: Mr Yan’s wife appears to try to calm him down as he rips one of the computers from the desk

At this point, a large crowd, including security guards, gathers to watch the commotion.

But undeterred, Mr Yan picks up a nearby sign and tries to smash the glass door with it and carries on even when the sign has broken.

Eventually, Mr Yan calms down when airport officials arrive, but he continues to remonstrate about his apparent injustice. 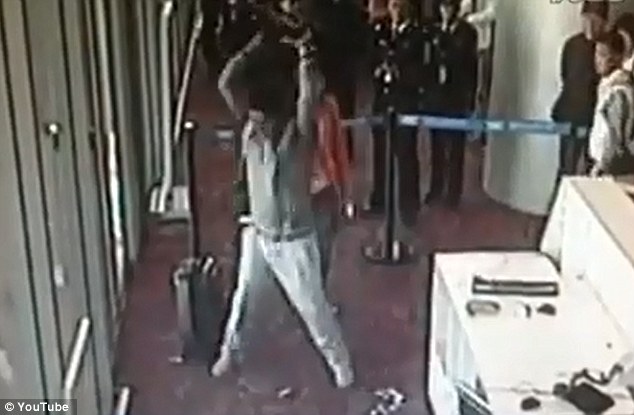 Smash down: Seeing red, Mr Yan holds one of the computers as he prepares to slam it into the ground 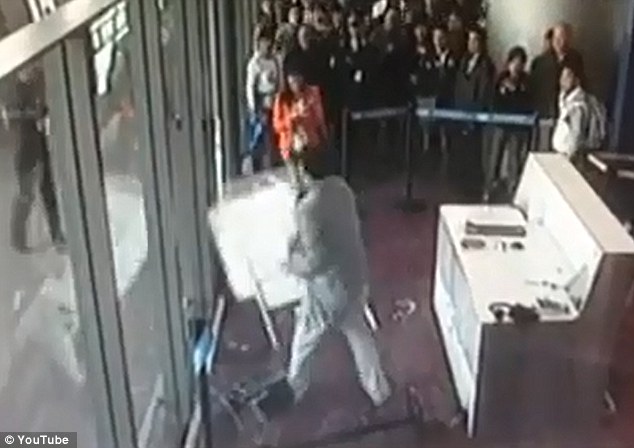 Furious: Undeterred by the crowd that’s gathered to watch, Mr Yan tries to smash the glass door with a sign 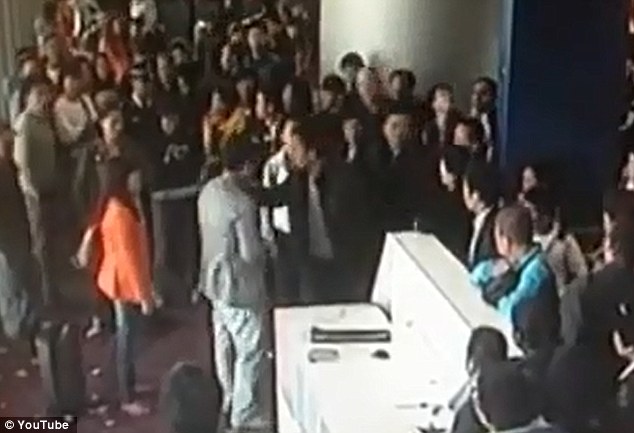 Red mist clears: Mr Yan finally calms down when airport officials arrive, but he continues to remonstrate about his apparent injustice

The Shanghaist later identified Mr Yan, who is a member of the Chinese People’s Political Consultative Conference (CPPCC) for Shizong county in Yunnan province, reported The Inquisitr.

Chinese officials have confirmed he and his wife missed their flight after grabbing something to eat for breakfast.

It is not yet know known if he will be punished for his outburst.
[youtube http://www.youtube.com/watch?v=6iZ_JbUbU50]