Usain Bolt had hoped to end his career winning all the medal’s but was denied that glory due to an injury in the anchor leg of the world 4x100m relay won by Britain on Saturday.

Bolt received the baton with Jamaica in third, but halfway down his leg, the towering sprinter pulled up clutching his left thigh, eventually doing a forward roll to the ground, leaving the British quartet of Chijindu Ujah, Adam Gemili, Daniel Talbot and Nethaneel Mitchell-Blake to claim the gold in 37.47 seconds, with the Justin Gatlin-led US four taking silver at 0.05sec and Japan a surprise bronze (38.04). 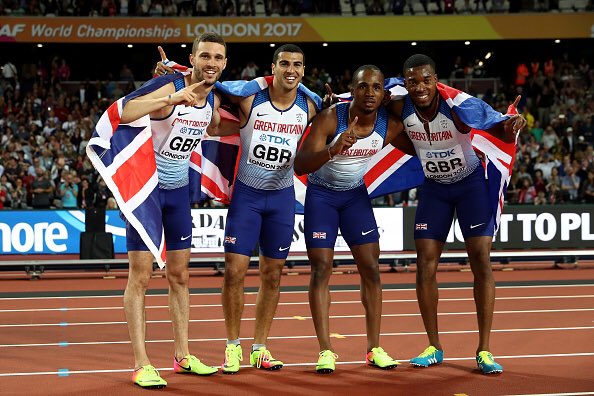 The noise in the London Stadium went through the roof.@BritAthletics ?? take #IAAFworlds 4x100m ? in front of ecstatic home crowd. pic.twitter.com/XjrPnWLVNZ