I lost my virginity to a rapist—Nollywood actress, Foluke Daramola-Salako 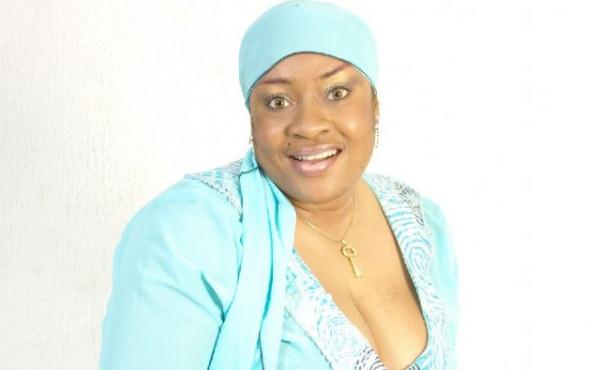 Actress Foluke Daramola-Salako has never been one to shy away from controversy.

In fact it would be more than apt to say that her personality is just as big as she is.

Despite facing criticism for her marriage and many other things, the star has remained open and she recently revealed more about herself in an interview including her shocking introduction to sex.

It was once reported that you wanted to start a talk show called ‘Fulfilling Desires’, but what is really holding you back?

Yes, you are right. That was before I went back to school for my Master’s degree. Personally, I have two passions in life: I am passionate about humanity and I will do anything to acquire knowledge. When I got admission into the University of Lagos, Akoka, I couldn’t combine it with the talk show, so I had to go for my Master’s degree. But I’m still coming back to it.

When I got admission into the Obafemi Awolowo University, Ile-Ife, I had the option of sticking to entertainment and continuing with acting or going to school. But I told myself that showbiz will always be there, so I went to school.

I came out and continued with my acting career. When the opportunity came for me to do my Master’s degree, it was at the time I wanted to do my talk show, so I weighed the two and went for my Masters. I have finished my programme and I’m walking on my talk show now. I’m a perfectionist, so I don’t believe I should rush anything.

So, what is Fulfilling Desires about?

It’s about womanhood, the pains women go through, what we feel and how we feel. I intend to talk about things that people just take for granted: for instance, a frigid woman in a marriage or a frigid lady that has been raped. I have been a victim of that, so I understand what it feels like.

You mean you have been a victim of rape?

Yes, my first introduction to sex was rape. I talk about it when I have to. I was deflowered by a rapist. These are things people don’t talk about.

In my first marriage, I was frigid because of my experience, aside other things. So, Fulfilling Desire is about things that are realistic, but which people just sweep under the carpet.

I know you to be an assertive person, so I can’t imagine the fact that you went into your first marriage without your thinking cap on.

You see, there is something called peer pressure. Yes, I am an assertive person, but I like to do what my friends are doing. All my friends were getting married, so I also wanted to get married.

When you were younger, you had some fantasies about your marriage without being realistic. There is a difference between wedding and marriage. A lot of people are ready for wedding and not marriage.

The first time, I went into a wedding; but this time around, I knew I was going into a marriage, so the wedding was not such any big deal to me. The first time, I was about 26 and I felt I had to be married. I went into it with both eyes closed because I had butterflies in my tummy. I was in love and everything.

I wouldn’t say it was lust, but I wasn’t prepared. I had my own faults and he had his as well, and we both learnt from it. I wouldn’t call the marriage a mistake because I have two issues there. So, I don’t have any bitterness towards my first marriage. I just see my ex as one of my brothers that we just had ideological misunderstanding and we just could not come to terms with that.

I didn’t know I could even get married again because I was resolute about some things. I don’t want to repeat what I faced there. But I guess God was just preparing the best for me.

This is because the kind of person I have now is my friend. Someone that understands that Foluke is just like that; that Foluke wants to assert herself and that she’s thorough. He is someone that just accepts me the way I am and I can’t thank God enough for that. Sometimes, you can’t appreciate a good marriage, if you haven’t been through a failed one before.