[The Injustice Blog] The rot in Nigerian Labour Unions, an outward reflection of Nigeria 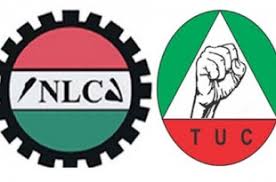 The labour movement in Nigeria that used to be one entity now has three factions. The NLC, the TUC and the ULC; being the new entrant.

Once upon a time, labour union’s were the strongest movement in the country, it serves as the umbrella body of all workers and a means to champion their course. The unions became powerful as any strike action by them has a debilitating effect on the country’s economy.

Current realities has shown the labour unions as more of a personal movement than a workers movement. The advent of democracy in 1999 that brought about myriad of ills on the country also deposited some in the unions.

Today, labour unions are extension of political parties as they have aligned with government at the expense of their workers. Leadership positions of labour leaders that came with responsibility has degenerated to a level of self, and not the union.

Corruption, which is the bane of public office in Nigeria has made its way into labour unions, some of these union leaders live flamboyant lifestyles as they go about in convoys like politicians, feeding fat on members dues. As a result, each individual will have to create his faction to corner more of the cookie jar.

The working conditions of Nigerian workers is one of the worst in the world. Salaries are not paid, pensions are being owed, among other anomalies. The labour movement that should be their hope have been lost to the politicians.

Everything being witnessed in the labour union is an outward reflection of the system collapse in our nation.