#NelsonMandela: This is where the BIGGEST funeral in South Africa’s history will take place (See Photos)

A giant arena is being built in view of Nelson Mandela’s home to stage the biggest funeral in South Africa’s history for him.


Final preparations are being made before more than 70 world leaders fly in this week to attend a series of events to mark the extraordinary life of one of humanity’s great peacemakers. They include Cuban leader Raul Castro and Zimbabwe’s Robert Mugabe who could rub shoulders with British Prime Minister David Cameron and Prince Charles in an unprecedented gathering.

Iran’s Hassan Rouhani will also be among the heads of state flying in to commemorate Mr Mandela, as will U.S. President Barack Obama and former presidents Bill Clinton, George W. Bush and Jimmy Carter. 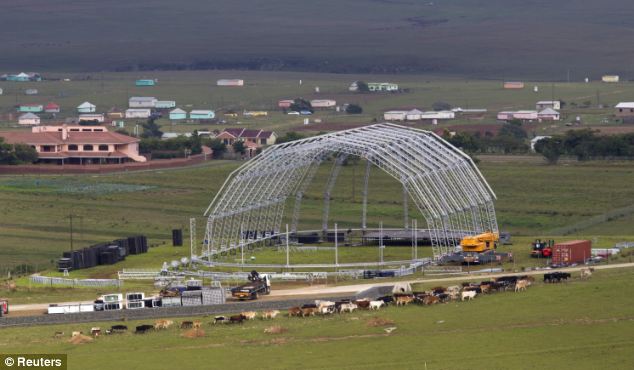 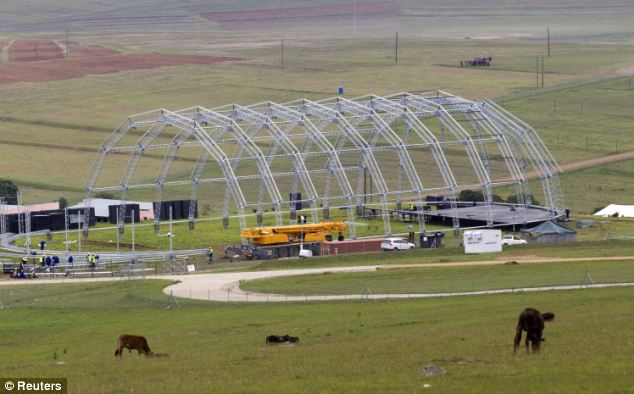 However, the Dalai Lama will not attend memorial services for his fellow Nobel Peace Prize laureate in South Africa, where he has twice been unable to obtain a visa.

A spokesman did not say why the Buddhist spiritual leader is missing the memorial service in Johannesburg and funeral in Mandela’s hometown. He said only that ‘logistically it’s impossible at this time.’

South Africa blocked the Dalai Lama from attending a Nobel laureates’ peace conference in 2009, and stalled on a 2011 visa until the Tibetan leader withdrew the application. 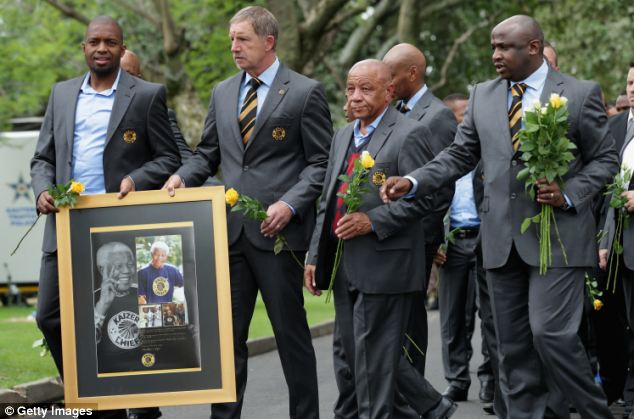 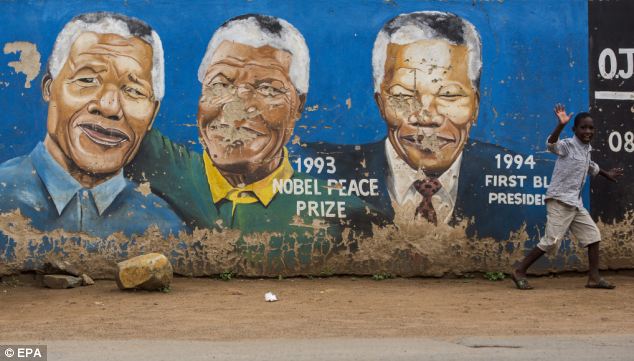 Makgale said South African police, diplomats and intelligence services had been in touch with foreign delegations to protect visiting heads of state, including Mr Obama.


Millions of mourners are expected to attend the ten-day programme of memorial services announced by the South African government. 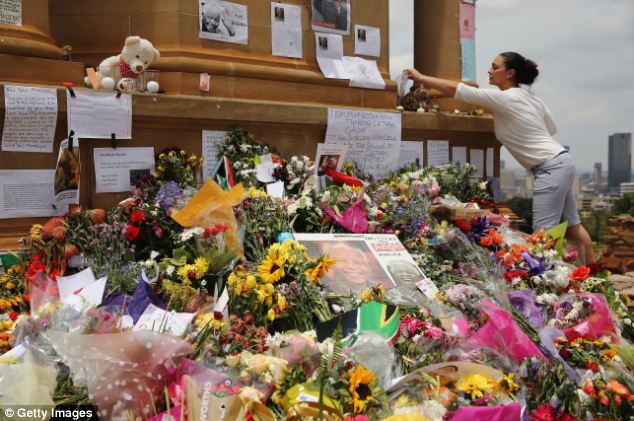 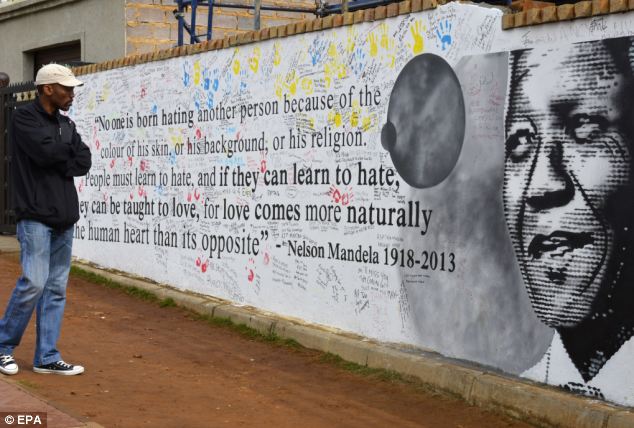 They will culminate in Mr Mandela’s funeral, which will be held in his home village of Qunu on Sunday. Prince Charles will attend, to represent the Queen.

Yesterday officials hastily announced three ‘overflow’ stadia would also be used, amid fears the Soweto stadium would not be able to cope with the number of mourners expected to pay their respects.

The former wife of Nelson Mandela, Winnie Mandela Madikizela, arrives for a mass in memory of late South African President’s Nelson Mandela yesterday. They also warned that security would be tight, telling people from outside the city area not to travel in. They said: ‘Our advice is that people outside Gauteng come together in their own provinces.’

Although officials have declared that all roads around the stadium will be closed to traffic, they have not explained how mourners will be able to get there.

Similarly, a government minister, Collins Chabane, struggled to explain how he would manage the  crowds expected to view Mr  Mandela’s body. He admitted he had no idea  how many people would come, saying only: ‘We expect as many people as possible.’

Mandela’s body will lie in state for three days at Pretoria’s government buildings from Wednesday. The first day will be set aside for ‘VVIP’ visitors. From Thursday, members of the public will be able to file past the body, but will be banned from taking photographs.

However the most serious  concerns relate to the funeral itself, which will be held in Qunu, the remote village where Mr Mandela lived as a child. It is accessible by only one minor road and the nearest airport, 20 miles away, is unable to accommodate more than a few aircraft at a time. Locals expect the entire area to be  gridlocked as dignitaries, ordinary mourners and film crews descend for the funeral.

A senior South African diplomat said: ‘He is the hero of the planet. It’s going to be the biggest state funeral since Winston Churchill. I think any country would struggle to organise that.’ 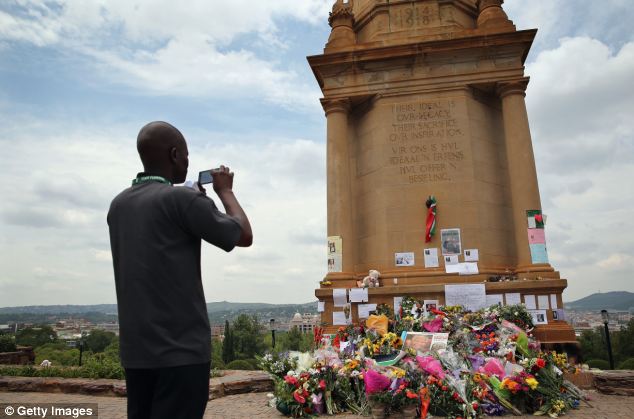 It is not yet clear who will attend the private funeral. It is understood that world leaders, particularly those with large entourages and special security needs, have been encouraged to attend the memorial in Johannesburg instead.

The service is expected to last for four hours, and President Obama is likely to deliver an address.

There was already controversy yesterday as Mr Mandela’s ex-wife, Winnie, stole the limelight at a church service held for Mr Mandela in Johannesburg.

The 77-year-old attended the service instead of Mr Mandela’s third wife, Graca Machel, and sat in prime position next to president Jacob Zuma. She expressed little emotion during the service, but showed a flash of anger when the pastor mistakenly called her Graca.

Mrs Mandela was mourning her husband’s death in private at the nearby family home.