Just a few days after Amber Rose dragged Khloe & called Kim Kardashian a whore in an epic Twitter battle, Kanye has now fired back at his ex whom he supposedly put on the map when they started dating in 2008.

This morning, Kanye West sat down for a radio interview on Power 105.1’s The Breakfast Club, where he spoke candidly about his wife, forays into the fashion world and Amber Rose…

About Rose’s tirade against the Kardashians, Yeezy said “She’s just soaking in the moment, if Kim had dated me when I wanted, there would be no Amber Rose.”

Here are  seven things we learned from the interview:

She’s just soaking in the moment. If Kim had dated me when I first wanted to be with her, it wouldn’t be an Amber Rose … It’s hard for a woman to want to be with someone that with Amber Rose. She wasn’t sending me no pictures. I had to take 30 showers before I got with Kim. But I just wanna be respectful, man.

I think he got in early, I think he was smart. They’re closer in age than a lot of relationships I know. I knew Tyga was smart, you know. 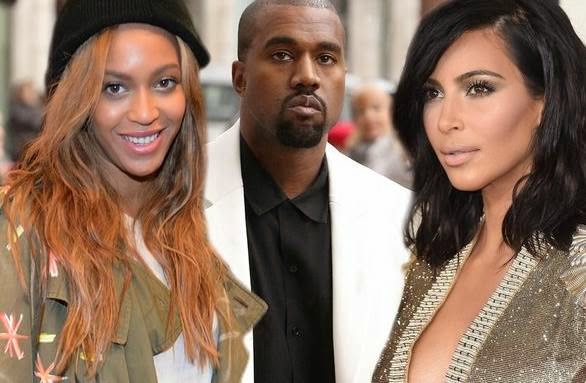 On Beyoncé and Kim Kardashian’s relationship:

They love each other, they respect each other. When Beyonce’s working on her album, she has pictures of Kim on the wall because Kim represents powerful women. Kim plays ‘7/11’ for our daughter. They definitely respect each other, but maybe there’s a Lebron James-Kobe [Bryant] element to it, but I can’t say that.

On potentially making an album with Drake:

The ‘Wolves’ song came from a conversation that me and Drake had about doing an album together. And the album was called Wolves. It might happen ’cause I threw that out there. But he’s probably gonna be mad that I mentioned it on your show … And I got this one song with Young Thug that I think we’re gonna put on Rihanna’s album.

On his new album:

It’s about 80 percent done. Release dates are played out. The surprise will be the surprise.

The other day I went out to dinner with Taylor Swift and ironically they were playing the Beck album in the background. I was like, ‘Man, this is kind of good. I ain’t gonna lie’ … I got his number, and I’m supposed to call him, but just keep forgetting.

On not speaking out about police brutality:

My dad emailed me and said stay out of it. That’s my only parent, so I have to listen to him. I think he was just trying to be protective of his son. I can’t run in front of every single bullet. But it’s definitely gonna be on there [the new album].

You can watch video (HERE)