Singer Kiss Daniel has acquired his second house  in Lagos.

The singer announced this on Instagram, where he posted a picture of his latest property.

He wrote, “All thanks to GOD      Bought my second house in Lagos from @thehavenhomes just 4years into the business, I want to say a huge thank you to my FANS. I pray we all succeed just the right way      amen #FBI #Havenhomes.”

All thanks to GOD ?? Bought my second house in Lagos from @thehavenhomes just 4years into the business, I want to say a huge thank you to my FANS. I pray we all succeed just the right way ?? amen #FBI #Havenhomes It is reported that Big Sean was sighted at an Oscar after-party flirting with former Pussy Cat Dolls star.

Shaderoom reports that immediately after the incident, Jhene Aiko unfollowed Big Sean on Instagram but after the news broke out, she reportedly followed him back.

“sorry, but nothing about you guy’s fan fiction stories are true… I still love you tho,” she wrote.

sorry, but nothing about you guy's fan fiction stories are true… I still love you tho ?

Gigi Hadid and Zayn Malik break up after two years 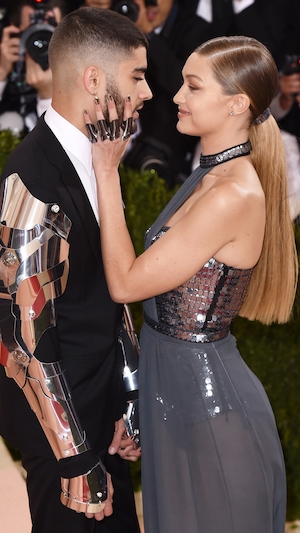 Gigi Hadid and Zayn Malik have called it quits after two years of dating.

“Gigi and I had an incredibly meaningful, loving and fun relationship and I have a huge amount of respect and adoration for Gigi as a woman and a friend. She has such an incredible soul,” Malik tweeted in a note on Tuesday. “I’m grateful to all of our fans for respecting this difficult decision and our privacy at this time. We wish this news would have come from us first. We love you all.”

“Breakup statements often seem impersonal because there is really no way to put into words what two people experience together over a few years..not only in a relationship but in life in general,” she wrote. “I’m forever grateful for the love, time and life lessons Z and I shared. I want nothing but the best for him and will continue to support him as a friend that I have immense respect and love for. As for the future, whatever’s meant to be will always be. x G.”