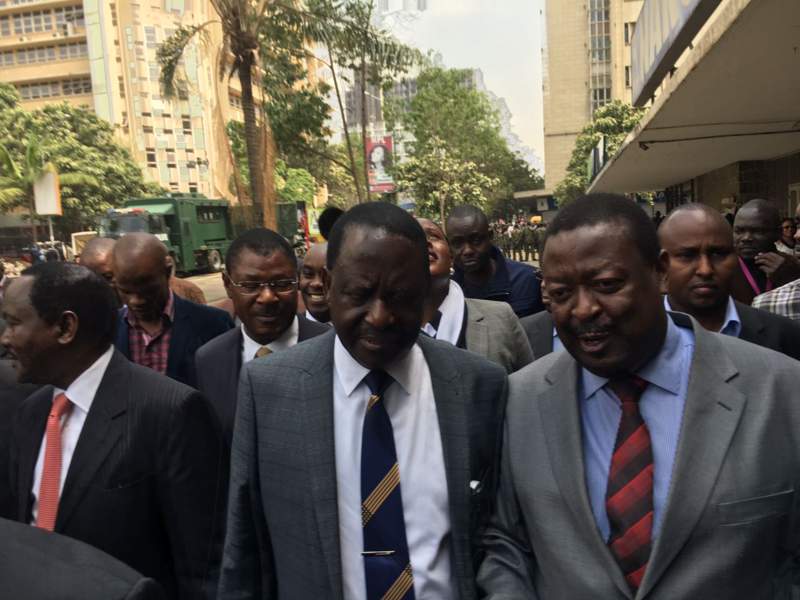 Kenyan President Uhuru Kenyatta Friday, said he disagreed with the Supreme Court judgement which overturned the Presidential poll, and ordered a re-run – he, however, said he would respect it.

“I personally disagree with the ruling that has been made today but I respect it,” he said, adding that he believed the six judges had “decided that they will go against the will of the people.”

On his own part, opposition candidate, Raila Odinga said he no longer had faith in the current election commission and called for them to step down.

IEBC chairman, Wafula Chebukati refused to resign, saying he had not been implicated in any wrongdoing personally, but vowed “internal changes to our personnel”.

He called for those guilty of wrongdoing to be prosecuted.

NASA official and lawyer, James Orengo, had argued that irregularities — including unsigned and fake tally forms, hacked servers and deliberate miscounting — had affected around one-third of the 15.5 million votes cast.

But, lawyers for the election commission and Kenyatta countered that errors were simply “clerical” mistakes and technicalities that did not affect the outcome of the vote.

A report filed by the court registrar found a number of errors in the 41,451 polling station tally sheets — known as form 34A — as well as in 291 of the form 34B constituency tally sheets, some of which were unsigned, not stamped, illegible or lacking serial numbers or watermarks.

In addition, the registrar’s report found that the electoral commission failed to provide full court-ordered access to its servers, which NASA had demanded in order to back up its allegations of hacking.