We had Mugabe, then Ganduje and now, Donald Trump | Why are our leaders sleeping so much? Is there something about political offices that make democratically elected leaders sleep in public?

We hate to admit it, but it was a bit understandable that Robert Mugabe, now in his nineties would snooze occasionally at public functions. It’s the kind of thing that age does to you. Especially if you have decided to test run the hypothesis your dead body will still be elected if it ran for office, as Mugabe clearly has.

Isn’t this the posture of a man who is that assured of his own political luck? Another explanation will be that Mr Mugabe is still weighed down by the 89 kg cake he celebrated his 89th birthday with. Again, that’s the kind of thing that will weigh anyone down.
If only he was just as measured with his steps, he won’t be trippin so much that Buzz South Africa would catch him sleeping in public 8 different times!
Earlier this month, George Charamba, the President’s spokesman offered some explanation as to why these photos exist. He said:
“At 93, there is something that happens to the eyes and the President cannot suffer bright lights. If you look at his poise, he looks down, avoids direct lighting.”

Before we get too comfortable on our moral high horse here, let’s reflect a little on our very own snoozer, Abudullahi Umar Ganduje, His Excellency, the Executive Governor of Kano State: 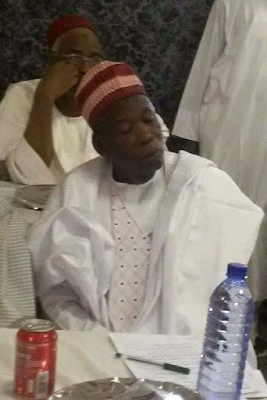 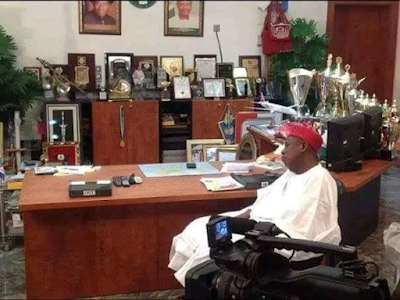 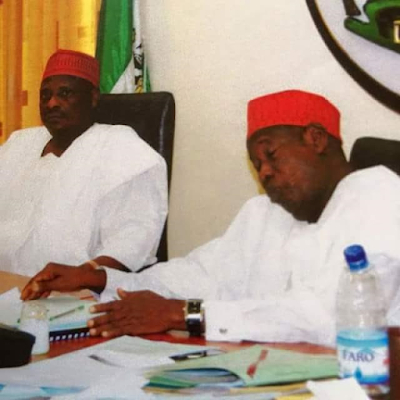 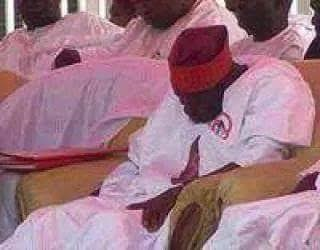 WHAT.IS.HAPPENING.HERE??? Besides the extremely obvious white and red theme, Governor Ganduje is here for the snooze button.

And he must think everyone else is too because his explanation as to why these photos exist will have you wishing you could go undercover. Just so you can find whoever advised him to give the explanation and take them out!

During a May Day interactive session with labour unions in Kano, the Governor explained that his political opponents are the problem because they can’t differentiate between sleeping and pretending:

“My opponents always complain that I sleep at public functions but I want them to try and differentiate between the two. Political blackmail is not an issue to me because I am used to it…”

As if it is not enough that he is the most laughed at, disrespected and to large extent, the most hated President in all of the free world, President Trump just handed the TV hosts, the satirists and those who have sworn to make his Presidency hellish with crackling laughter for all, another material with.

It appears that Donald Trump was unable to get enough sleep between the jetting around five countries and you all constantly badgering him on the internet. And so during the last leg of his trip in Italy, the POTUS may have permitted himself some nod time. Only problem is that there’s no way to do a thing like that in that kind of setting without getting caught. Donald Trump is yet to offer an explanation as to what happened at the NATO Summit that turned him into Sleeping beast and gave him something to have in common with Mugabe and Ganduje. But we are sure the satirists will do it for him soon.