Size DOES matter: Men with neck sizes of more than 16 inches are flops in the bedroom – Study

It is not unusual for men to worry about the importance of size when it comes to keeping their partners satisfied in the bedroom.

But what many may not realise is that it’s the size of their necks that make the real difference.

A new study has found that men whose necks are more than 16.3 inches around are more likely to suffer from erectile dysfunction (ED). 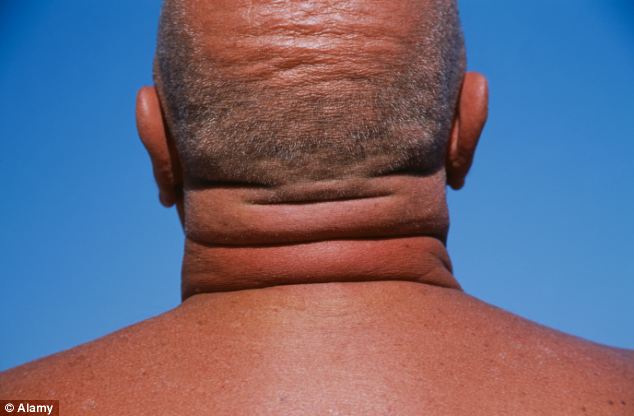 A roll too many: A fat neck may indicate how likely he is to have erectile dysfunction according to a new study

Tests on more than 90 men aged between 40 and 60 found that those with a bigger neck circumference were more likely to have problems getting an erection.

Erectile dysfunction is the most common male sexual problem worldwide and affects nearly half of men between 40 and 70.

Experts at the University School of Medicine in Ankara, Turkey, said that those with wide necks were more likely to suffer from metabolic syndrome – a combination of high blood pressure, diabetes and obesity – all of which can affect sexual performance.

In the medical journal Andrologia scientists from the University School said: ‘ Neck circumference may be a new component of metabolic syndrome in ED.

‘We suggest that neck circumferences of 35cm  or 16.3 inches and over may predict ED in patients with metabolic syndrome.’ 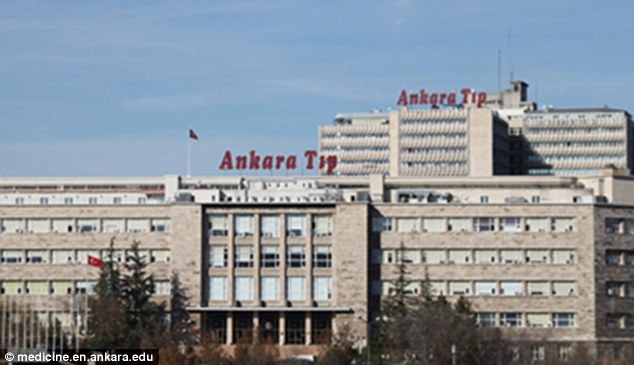 Experts: The research comes from the University School of Medicine in Ankara, in Turkey, where 92 men took part in the study

The link between metabolic syndrome and erectile dysfunction is well established but this is the first time that neck size has been shown to be a symptom of the disorder.

Researchers also reported that having a larger neck also increases the risk of sleep apnoea.

Dr David Goldmeier, a consultant in sexual medicine at St Mary’s hospital in Paddington told The Sun: ‘It is a very interesting study.