[The Injustice Blog] Not Boko Haram, this is the real Nigeria’s ticking time bomb 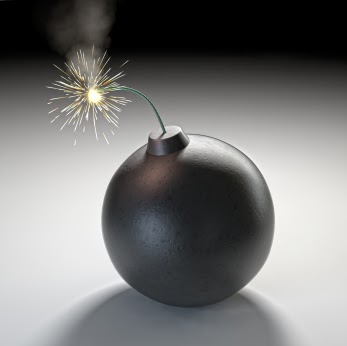 Over the years, the country has been engulfed in crises that have received enough attention from the government at every level. From Boko-Haram to Militancy and otherwise, govern the ent has devised various means of ameliorating the effect of such crises.

But there is a bigger crisis coming ahead for Nigeria which cannot be solved by guns and bullet nor military operation. Countless articles have been written about the challenge of unemployment in Nigeria which has received little or no attention from the government, as we have formed the habit of moving on since government have failed to solve this problem.

The truth is, it has reached a level where we must stay alert before we get consumed in the crisis that might erupt and consume us all. These words may sound harsh but truth is not soothing – it is a bitter sweet experience.

Unemployment is also one of the catalysts of insecurity but as earlier mentioned it won’t be fought with guns and bullet but feasible policies and developmental plans.

Vanguard Newspapers on October 27, 2017, reported a statement credited to the Deputy Chairman of Okada Riders Tricycles’ Association of Nigeria (ORTAN) Ekiti State chapter Mr Olusola Ishola. He said, “We have over 10,000 members in all the 42 branches across the state and 5,000 of these population hold at least NCE, with many of them parading Bachelor degrees. This shows that there is a high level of unemployment in Nigeria which the government at all levels must address”.

This statement is such that gives sleepless nights to leaders in developed countries of the world bearing in mind the havoc it might cause to the existing peace in their society. Five thousand okada riders with Bsc. and NCE in Ekiti is a tip of the ice berg. In Lagos, the army of graduates that have dumped their certificates for okada and Tricycles is alarming same as other states of the federation.

The federal government over the years has paid lip service to the challenge of unemployment but it’s reaching a crescendo which should be nipped in the bud. Many may say, are okada riders not earning a living, are they not feeding themselves? Yes, they are earning a living and feeding themselves but are we ready to pay the price for building an unsecured future for the country?

These human resources that have turned to okada riders are the future of this country not our oil and gas. Government at all levels are advised to see unemployment as a time bomb that should be addressed.