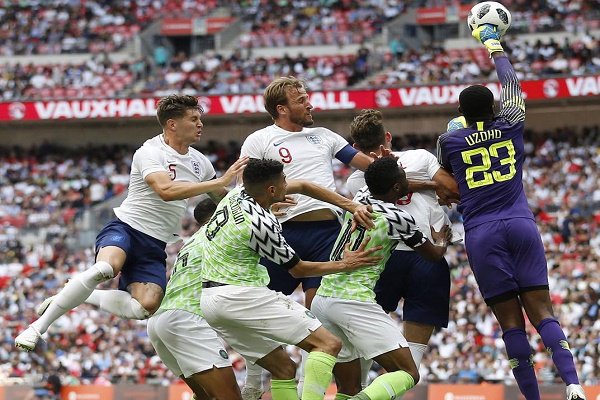 The Olofa of Offa, Oba Mufutau Gbadamosi, says his people will not be party to any attempt to ridicule or embarrass Senate President Bukola Saraki.

According to a statement released on Wednesday by the Principal Private Secretary to the Monarch, Tajudeen Oloyede, Gbadamosi said Saraki has taken Offa as his second home and had always heeded to their call anytime he was approached on issues concerning the progress and security of the town, including substantial contributions towards the building of a new police station.

“The Offa people are well-bred citizens of Nigeria and we are appreciative of people who have extended hands of fellowship to us. Dr Saraki is one such person and thus we hold him in high esteem” the statement read.

The Federal Road Safety Corps (FRSC), Anambra, has called on Nigerians to embrace the use of bicycles as means of transportation, being cheaper and healthy.

The Anambra Sector Commander of the Corps, Sunday Ajayi, who made the call during an awareness ride to mark the first World Bicycle Day in Awka on Tuesday, said that it was time to reenact the transportation system that had helped human civilisation for ages.

The sector commander noted that “advanced countries have adopted bicycle transportation system as a matter of public health wellbeing and control of greenhouse effects of carbon emissions.

“We want our people to come back to the basics, cycling is good for the body and environment and economical to maintain,” he added.

The House of Representatives has resolved to probe Reps Abdulmumin Jibrin and Muhammad Gudaji Kazaure over their comments that the House was planning to impeach President Muhammad Buhari.

Consequent upon their comments after the joint closed-door session of the National Assembly on Tuesday, that it was a Peoples Democratic Party (PDP) affair and the accusation that some members of the House were collecting signatures to impeach President Buhari, two lawmakers Hon. Ossai Nicholas Ossai and Hon. Sunday Karimi raised the issue on the floor on Wednesday, saying it affected their privileges.

The House thereafter referred the matter to the Committee on Ethics and Privileges to investigate and get back to it.

The Federal Government has increased maternity leave for women in public service from 12 to 16 weeks and barred employers of labour from removing women from work due to their marital status.

Senator Chris Ngige, Minister of Labour and Employment,  disclosed this while addressing a plenary session at the ongoing 107th International Labour Conference holding in Geneva, Switzerland on Tuesday.

Ngige who noted that the increase was “to allow enough recuperation time for both baby and mother in terms of breastfeeding, adding that all disciplinary proceedings against any female member of staff which may have been taken during the period of her maternity leave shall be put in abeyance till the expiration of the leave.

The government also advised women to seek legal action against discrimination and abuses at the workplace.

The Nigeria National team, the Super Eagles, were on Wednesday beaten by Czech Republic in their final test game for the 2018 World Cup in Russia.

Despite fielding a strong team which could pass for what might be the starting XI in the opening group game in 10 days’ time, and numerous chances that came their way, the Super Eagles lost the game by 1-0.

The Czechs netted the only goal of the game through Tomas Kalas the 25th minute, to make it four games in a row that the Super Eagles have failed to get a win.

Argentina has called off a pre-World Cup exhibition match with Israel following political pressure and claims of threats towards players, sparking outrage from Israeli officials.

Argentina’s players decided to pull out of the game, which was scheduled to take place in Jerusalem on Saturday, “in solidarity” with superstar teammate Lionel Messi, Argentinian President Mauricio Macri told CNN en Español on Wednesday.
Israeli Defense Minister Avigdor Liberman described it as “a pity” that Argentina’s players “could not stand up to the pressure that Israel-haters are inciting.” “We will not give into these anti-Semitic supporters of terror,” he added.

Iraq’s parliament has ordered a full recount of the country’s recent parliamentary election that resulted in a shock victory for Shia leader Muqtada al-Sadr.

The country’s outgoing 328-seat parliament voted in favour of a manual recount of all 11 million ballots from the May 12 poll in response to charges of electoral fraud.

MPs also sacked a nine-member independent electoral commission that oversaw the process and replaced the body with judges.

Spain’s Socialist Prime Minister Pedro Sánchez has given 11 of his 17 cabinet posts to women, a higher proportion than anywhere else in Europe.

Women are given some of the biggest jobs including the defence, economy, finance and education portfolios.

The explosion was “a terrorist aggression on civilians” and caused “martyrs and wounded”, a ministry spokesman said in a statement. (Reuters)

The California judge in the Stanford sexual assault case, Judge Aaron Persky has been recalled from office by local voters, an extremely rare outcome in the US court system and a major victory for activists who waged a two-year campaign against the official.

Persky, who recently said he had no regrets about the case, is the first judge to be recalled by US voters since 1977, and the first in California since 1932.

Two women ran to replace Persky, and Cindy Hendrickson, a Stanford graduate herself as well as a local prosecutor with a strong record of prosecuting sex crimes, was declared the winner. She was a vocal supporter of the campaign to recall Persky.