The mediocre AMVCA 2018 nominations and the hopeless future of Nollywood 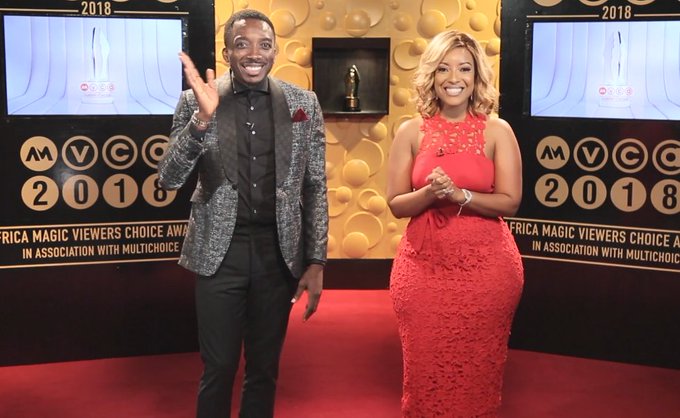 So this year’s AMVCA nominations are out, announced on Saturday evening by Joselyn Dumas and Bovi via a syndicated broadcast on all Africa Magic channels. For me, it was something akin to a horror show, hearing the nominees in various categories being reeled off and wondering why they deserved a place because this is the AMVCA dammit – a once-promising addition into our movie award system but now looks, from all angles, like a popularity contest.

Anyone who watched Nollywood movies in 2017 would know that it was the Year of The Great Nollywood Depression,™ in that movies released that year were so bad that it felt like an assault. Not that the previous movie year was any better, but 2017 was so pronounced in calamitous cinema that it eclipsed the chances of having a breakout star.

This year’s AMVCA has Moses Iwang’s Alter Ego leading the park with eight nominations, in notable categories like Best Director and Best Overall Movie. This I find extremely distressing because Alter Ego was an avalanche of a disaster that crashed on all us but people came out smiling obscenely – and maybe because it stars A-list actress Omotola Jalade-Ekeinde so yeah, whoop whoop, let’s throw a party.

The other nominations are also pretty shocking. First, I don’t know why Best Supporting Actor in a Drama recognises the ramshackle comedy Banana Island Ghost, and does it twice, with recipients Saidi Balogun and Tomiwa Edun competing against Gabriel Afolayan and Wale Ojo in Okafor’s Law and Betrayal respectively, which are serious-type movies.

And there’s Falz in that same category, nominated for Tope Oshin’s New Money. Falz, whose range as an actor is so limited gets a nod in a supposedly competitive category like Best Supporting Actor in a Drama. What a joke. If he wins, it will only contribute to the largesse of his celebrity and more fodder to troll other rappers.

On categories, why is there still Best Movie West Africa and Best Overall Movie and why can’t one take more precedence? Shirley Frimpong-Manso’s Potato Potahto and Moses Iwang’s Alter Ego appear in both categories, and frankly, you won’t find this kind of proliferation in the Oscars or Emmys.

Taken together, the nominees that AMVCA has presented shows how the award body has fallen and compromised on excellence. Imagine a statement that reads, “AMVCA has been cancelled this year because of the atrocious entries we received in the year in review…,” and tell me if this won’t cause an industry-wide uproar, one in which practitioners in film and television have honest conversations about the “quality” of work they are putting out.

I have seen enough indie, low-budget Hollywood movies, which are good, to debunk the theory that Nollywood movies are bad because of a tight budget. Granted, money can buy a fantastic, original script and bring together the best talents in the field, even if they are a greenhorn. But that isn’t the case in Nollywood, given that the industry has become increasingly one-dimensional: the monotonous fixation on comedy and romance and the recycling of famous, old bags.

Last month, I profiled director C.J. Obasi whose movie Mami Wata hasn’t kicked off pre-production yet because it needs funds. Obasi does high, tasteful cinema, as seen in his recent short film Hello, Rain, but even more noteworthy is the zombies he let loose in 2014’s Ojuju, a zero-budget flick. Obasi, and his ilk are the creatives giving me a glimpse of hope.

That said, instead of a Nollywood luminary like Paul Obazele to give statements that address the state of the industry, in the context of bad movie production and clichéd storylines, he is busy saying homosexuals have taken over Nollywood. And not forgetting the unfortunate comments from Pascal Atuma that came after, in an interview with Cable Lifestyle in which, as I understand it, referred to Nollywood as a modern Sodom and Gomorrah.

The 2018 AMVCA will hold September 1, and mediocrity will be celebrated but I won’t be watching. I’ll be too busy chilling on Netflix.