Unacceptable: Turkish TV presenter gets sacked for showing TOO MUCH CLEAVAGE in low-cut top (PHOTOS)

A Turkish TV presenter has been dismissed after a spokesman for the ruling Justice and Development Party criticised her for wearing a low-cut top on television.

Gözde Kansu’s outfit was described as ‘unacceptable’ by spokesman Hüseyin Çelik because it revealed her cleavage.

He launched the attack on Miss Kansu’s performance during the Veliaht TV show without naming her but branded her choice of clothing ‘extreme.’ 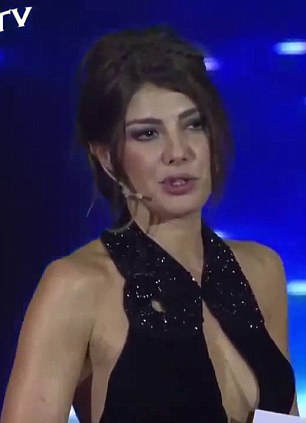 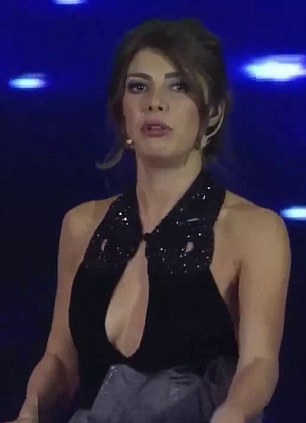 ‘Unacceptable’: Gözde Kansu made a flamboyant entrance to the Turkish TV show Veliaht 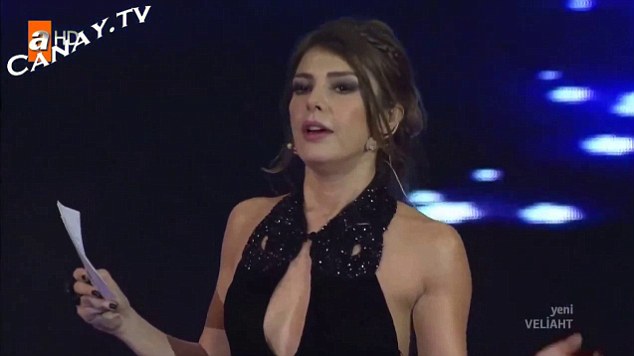 Turkish government spokesman Hüseyin Çelik branded the dress as ‘extreme’
He said: ‘We don’t intervene against anyone, but this is too much. It is unacceptable.’

Following Çelik’s remarks, it was revealed that the host in question was Gözde Kansu, and rumours spread that she had been fired.

The show’s producer claimed yesterday that Miss Kansu might not take part in the program next week blaming her ‘busy schedule.’ 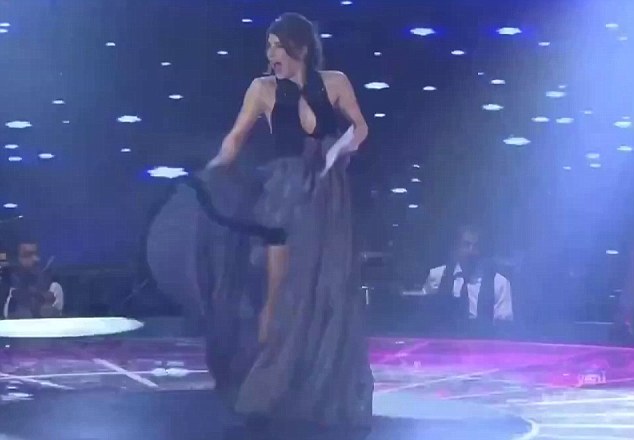 As well as revealing her cleavage, Miss Kansu flashed her legs as part of her performance 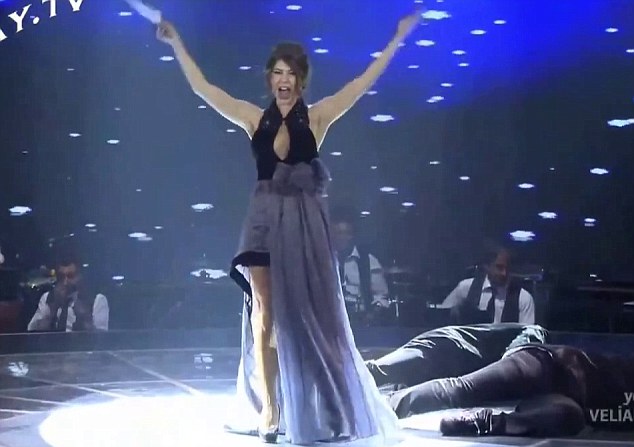 Falling at her feet: Dancers threw themselves to the floor as part of the act, but critics were less impressed 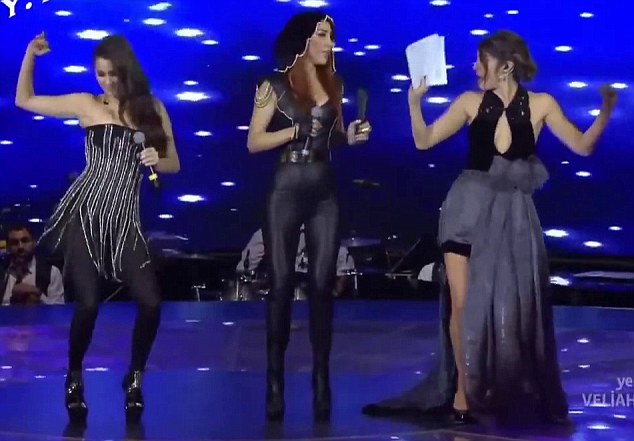 Although Miss Kansu was not the only woman on the show wearing a daring outfit, hers was deemed the most revealing

Mr Çelik said it was his fundamental right to express his opinion as an individual, TV viewer and politician.

‘It was the media who alleged the names.’

The Justice and Development Party, often abbreviated to AKP was founded in 2001 and is a centre-right socially conservative party and the largest in Turkish government.

Although its background is traditionally influenced by Islam, the party has officially removed itself from religious ideology in favour of what is known as ‘conservative democracy.’

Its image in Turkey is that of a pro-western, pro-American party and advocates Turkish membershi of the EU. 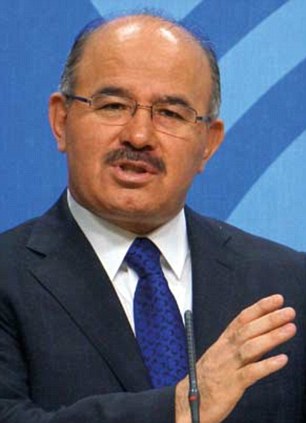 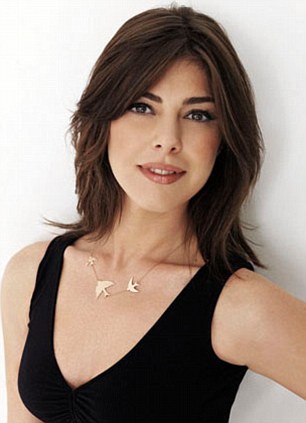 Hueseyin Celik, spokesman for the Justice and Development Party, insisted he did not name Miss Kansu