Adorable: Little girl has PRICELESS reaction as she experiences rain for the first time (WATCH) A little girl in California experienced rain for the first time and her reaction is amazing indeed.

15-month-old Kayden was awestruck by the water falling from the sky and she could just not get enough of it.

The adorable little girl can be seen saying “Wow” over and over.

When her usually sunny hometown had a rare rain shower in December, Kayden was overwhelmed by the drops of water falling from the sky. 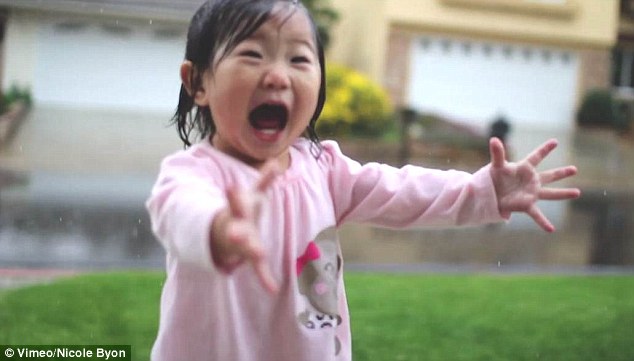 Joy: Kayden laughs and holds her hands out as she experiences rain for the very first time

With her hands outstretched and the palms facing upwards, the cute little girl beams as she feels the cool rain on her skin.

The toddler appears in awe of the shower as she quietly repeats ‘wow’ to herself as she stands in the front yard watching the rain fall.

When she is carried back in the house to dry off, Kayden starts to cry before dashing back into the rain.

The adorable video was filmed by Nicole Byon, who posted it to her Vimeo page. It quickly went viral and has been watched more than 600,000 times. 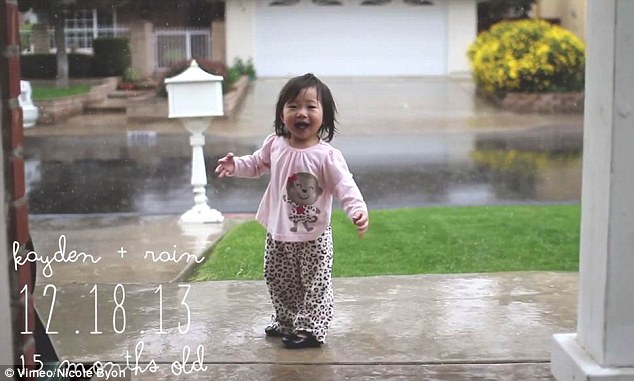 Rainy day: Kayden looks shocked as she feels rain for the first time outside her California home 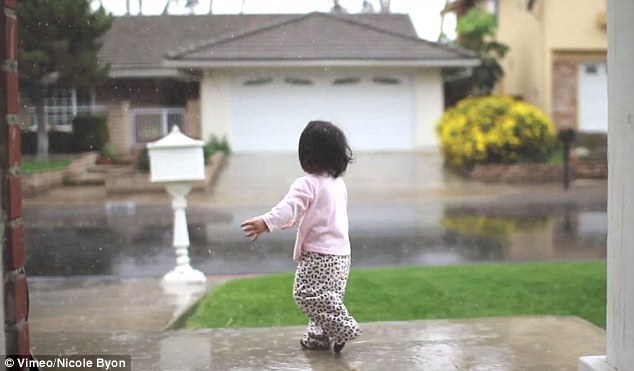 Wonder: The toddler runs into her front yard to see the rain 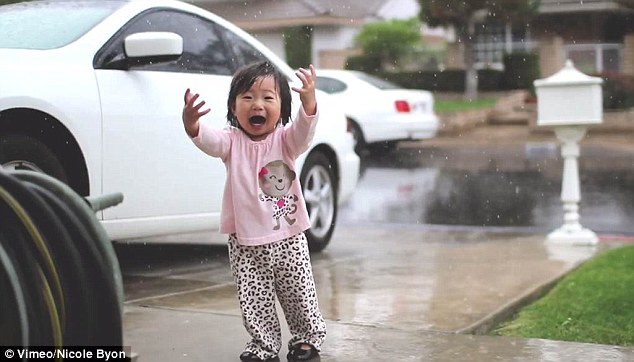 Shock: Kayden turns to the camera and says ‘wow’ as she sees her first rain shower 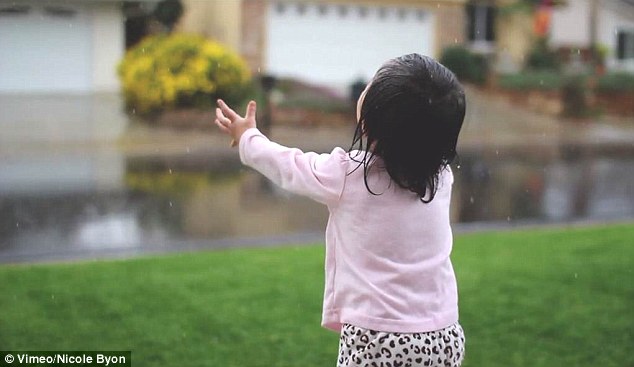 Adorable: Kayden holds her hands out and tries to catch the falling rain drops 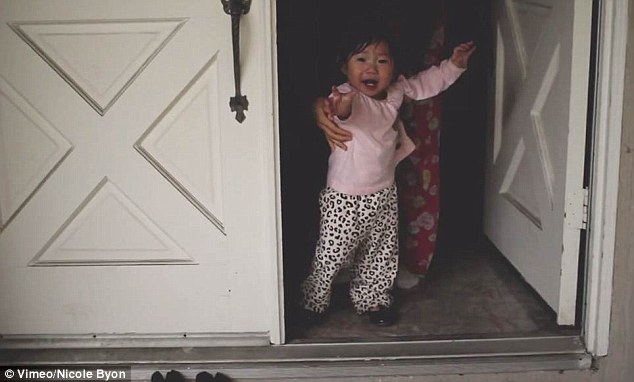 Not ready: The cute toddler cries after being carried back inside her house 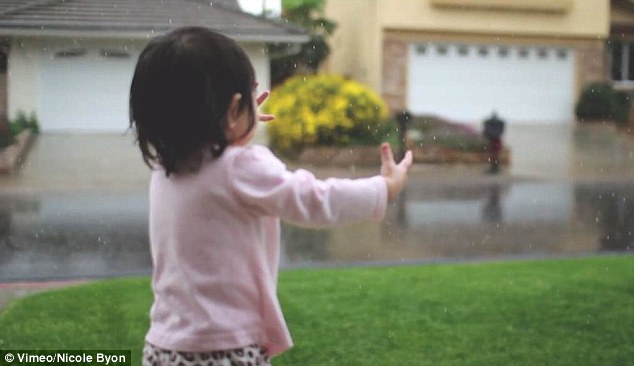 Awe struck: Kayden reaches out to catch the rain drops in her front yard