The world’s largest study of the effects of lifestyle on sperm suggests that men wanting to have children should quit smoking cannabis as it could have effect on their fertility.

The drug doubles the chances of men under the age of 30 producing abnormal sperm – something that can have a serious impact on their chances of having children, according to the research.

According to experts from the universities of Sheffield and Manchester found that smoking cannabis was the only lifestyle choice to have a negative impact on sperm production – contradicting long-held beliefs that fertility is reduced by obesity, alcohol and tobacco consumption, and the wearing of tight underwear.

The only lifestyle choice that had a major impact was smoking cannabis, which can reduce a man’s fertility by altering the size and shape of his sperm.

A similar effect was discovered in the summer, although experts suggest it isn’t heat but probably the length of the day and hormonal changes that are responsible.

When less than 4 per cent of a man’s sperm has a normal size and shape, statistics show he will find it harder to father a child and may need help from fertility techniques, including IVF.

Teams from the universities of Sheffield and Manchester carried out the world’s largest study on the effects of lifestyle on sperm.

Using data from  2,249 men attending fertility clinics around the UK, they compared the medical history and personal habits of 318 participants with less than 4 per cent of normal sperm and 1,652 whose sperm was of higher quality. 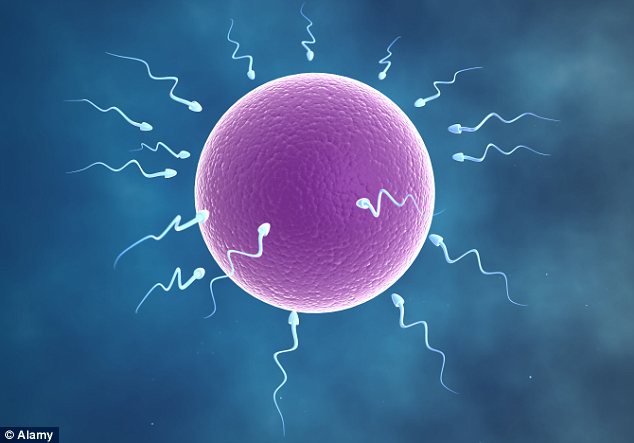 Surprising: The study found that the seasons have an effect of sperm quality while other factors – such as alcohol and obesity – do not

The scientists believe younger men were most affected by cannabis simply because they were more likely to use greater quantities.

Chemicals in the drug itself, not the tobacco used in ‘joints’, were probably responsible since cigarette smoking had little effect on sperm.

One of the team leaders, Dr Allan Pacey, senior lecturer in andrology – the study of male health – at Sheffield University, said habitual cannabis users who wanted to become fathers should kick the habit for at least three months.

‘I can’t tell you definitively that your sperm will improve, but that’s a reasonable assumption,’ he said.

He said the summer influence was surprising but it did not appear to be linked to heat or significantly alter seasonal conception patterns.

‘We didn’t expect this,’ he said. ‘It’s complete conjecture on my part, but it could be a sunlight effect. Day-length affects our hormones and  vitamin D in all sorts of ways.’

He added that men wanting to be fathers should not wait until winter.

However, the study, published in the journal Human Reproduction, found that abstaining from sexual activity for more than six days improved sperm quality.

It was possible that unmeasured factors, such as the quality of sperm DNA, influenced the results, said the researchers.