The father who repeatedly raped his three-year-old daughter while her mom held her hand so it ‘wouldn’t hurt too much’ pleaded guilty yesterday and faces life in prison.

The 28-year-old admitted assaulting the girl while he lived with her and her mother at the Avalon Hotel in Blackman Township, Michigan.

As part of the plea agreement he will testify against his wife, who was arrested in June on two counts of first-degree criminal sexual conduct. 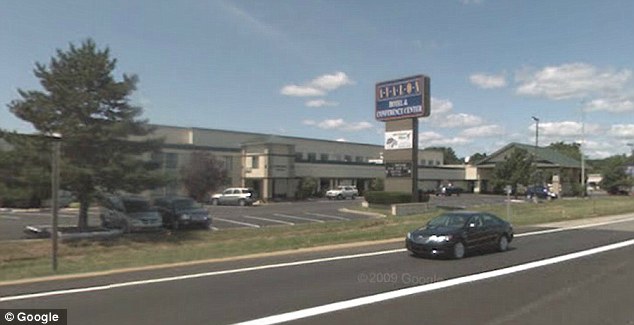 Avalon hotel: The toddler was living at this hotel with her parents when the abuse took place and has since been placed in foster care

According to an amended criminal complaint, the abuse began in August 2012 and continued until May 13, MLive reports.

The father told a detective it happened maybe six times but it was ‘too many to remember’.

He showered with the girl, inappropriately touched her, took elicit photos for his own “sexual gratification” and watched pornography with the child, the petition alleged.

In exchange for the man’s plea, the prosecutor’s office dropped ten other counts.

The parents have not been named to protect their daughter’s identity. Both were living in the Avalon Hotel when they were arrested.

The mother was not initially charged with anything even though police knew she was present during the abuse and did nothing to stop it.

But since then some ‘disturbing evidence’ came to light and prosecutors were able to arrest her.

The mother admitted after her husband was arrested that she assisted him while he attempted to penetrate their daughter more than once, holding her hands ‘so it wouldn’t hurt so much’ while he held her legs if she ‘tried to get away’, according to documents.

The couple’s daughter told authorities her mother took pictures of her ‘private parts’ and her dad had sex with her and smacked her with a belt.

It came to the attention of Children’s Protective Services on May 7 when they received a complaint that the toddler was displaying ‘sexualized behavior’ such as ‘humping her stuffed animals’ and asking her brother for sex. She also found a pornography DVD and tried to watch it.

The man told detectives when he was arrested that he is a ‘sex addict’ and has gambling problems. He also said he was sexually abused as a child, as did his wife.