A 200 level Mathematics student of the University of Benin was reportedly shot by an unknown gunman yesterday during the biometrics registration held in the university sports complex. 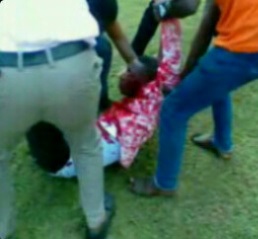 The student popularly known as Snazzy was said to have been shot by an individual who later blended into the crowd. The victim was immediately rushed to the University of Benin Teaching Hospital but his condition cannot be confirmed as at the time of this report.