Michael Douglas has revealed that he lied about the type of cancer he was suffering from.

The consummate professional was about to embark on the promotional trail for Wall Street: Money Never Sleeps at the time and didn’t want his diagnosis to derail it.

Speaking to Samuel L Jackson during the special Male Cancer Awareness Week edition of ITV talkshow This Morning, the two-time Oscar-winner admitted three years after the fact that he was actually diagnosed with tongue cancer, not throat cancer as initially reported. 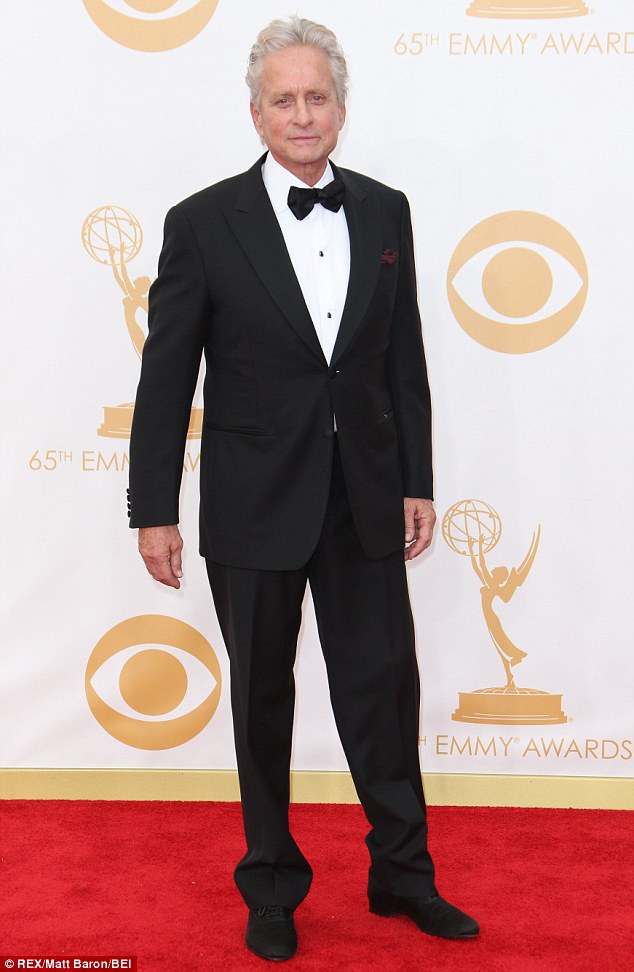 White lie: Michael Douglas has revealed he was actually diagnosed with tongue cancer during a special Male Cancer Awareness Week edition of ITV’s This Morning – pictured at the Emmys on September 22 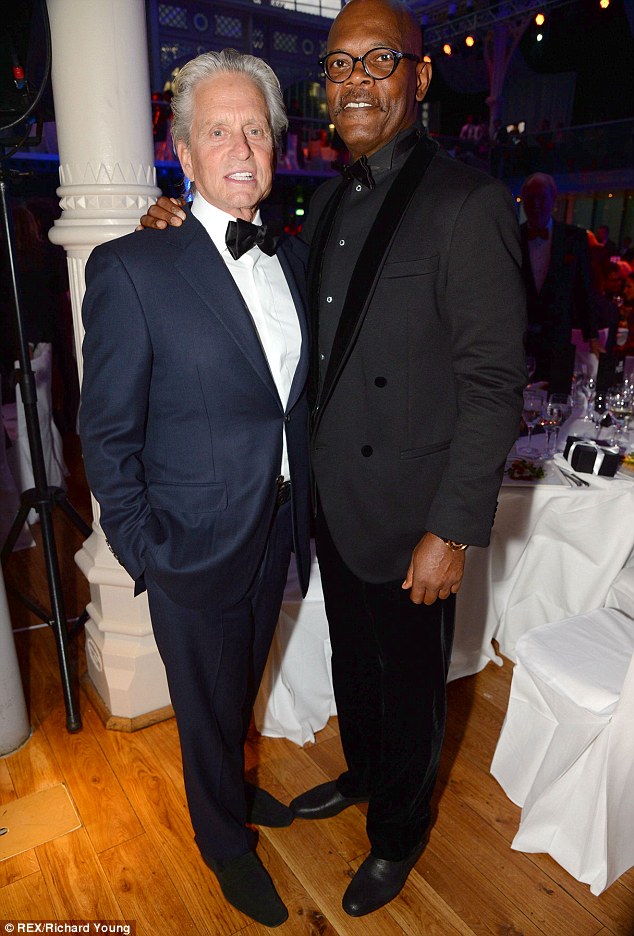 Coming clean: The star opened up to pal Samuel L Jackson – here in London on September 3 – about his diagnosis, saying he didn’t want to jeopardise the promotion of Wall Street: Money Never Sleeps by revealing the true extent of his illness

As the 69-year-old explains: ‘This was right before I had to go on a big tour for Wall Street, so we kind of said there’s no way we can cancel the tour and say we don’t feel well. I said, “You’ve just got to come out and just tell them I’ve got cancer and that’s that.”‘

But Douglas’s doctor urged him to bend the truth as the worse-case treatment required for tongue cancer would be far more invasive and subsequently damaging to his career.

‘The surgeon said, “Let’s just say it’s throat cancer.” I said, “OK, you don’t want to say it’s tongue cancer?” I said, “Why’s that?” and he said, “Well, if you really want to know why, if we do have to have surgery, it’s not going to be pretty. You’ll lose part of you jaw and your tongue and all of that stuff.” So I said, “OK sure.”‘ 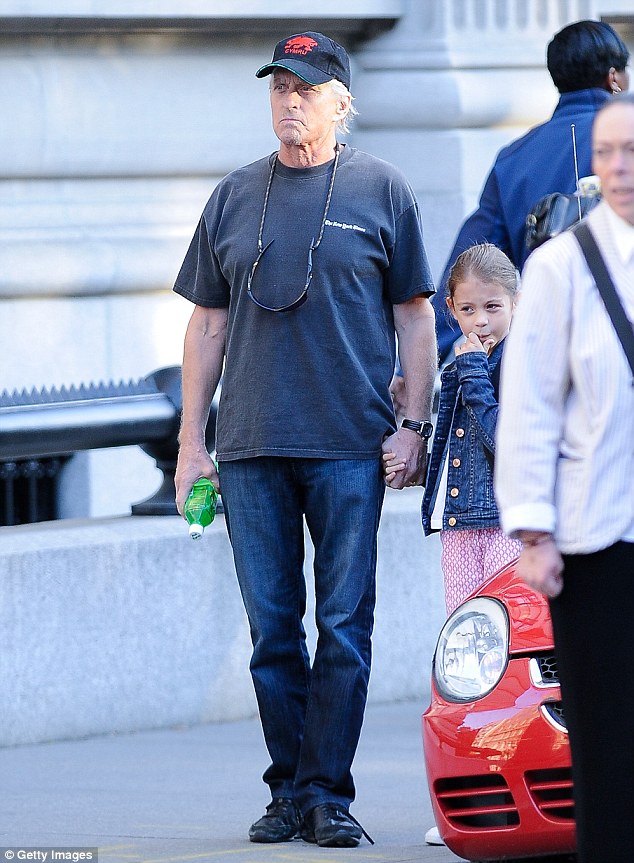 Looking frail: The two-time Oscar-winner was hit hard by the illness, looking gaunt and unwell as he stepped out in New York in September 2010 – just a month after his diagnosis

The actor didn’t mislead fans about the progression of the cancer, with the star confirming it was still stage-four, which is the most advanced.

He also opened up about being misdiagnosed a number of times before a specialist in Montreal, Canada finally discovered the severity of the illness.

‘I will always remember the look on his face,’ Michael said, after the doctor located the cancerous tumour while using a tongue depressor. 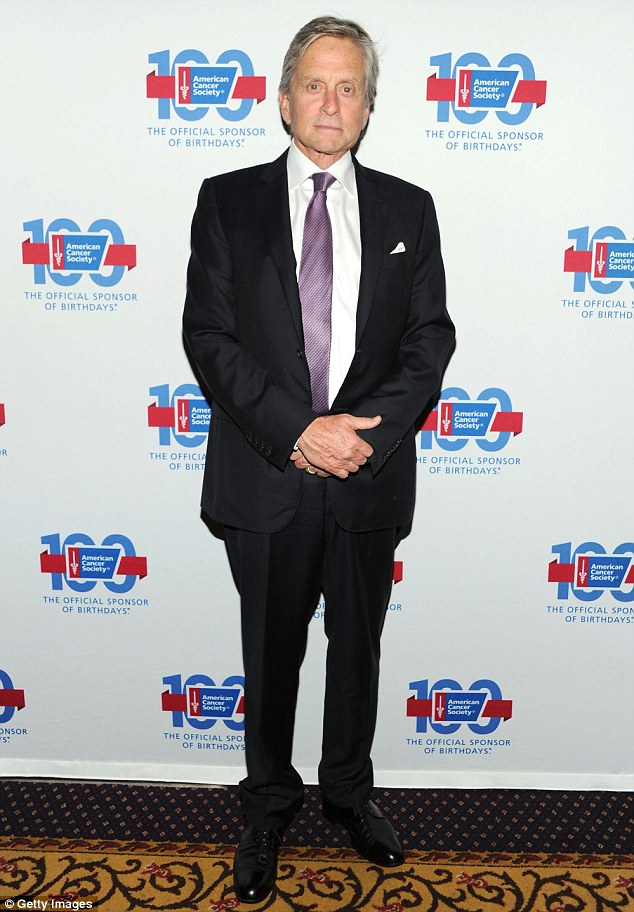 Another bump in the road: The star called himself ‘the luckiest man in the world’ when he got a ‘clean bill of health’, though he’s now facing another personal drama as he separates from wife Catherine Zeta-Jones

‘He said, “We need a biopsy.” There was a walnut-size tumour at the base of my tongue that no other doctor had seen.’

Back in May, the Behind The Candelabra Emmy-winner confirmed that his cancer was not caused by smoking but from the HPV virus, contracted through performing oral sex on women.

His rep later stated, however, that the remarks had been taken out of context. 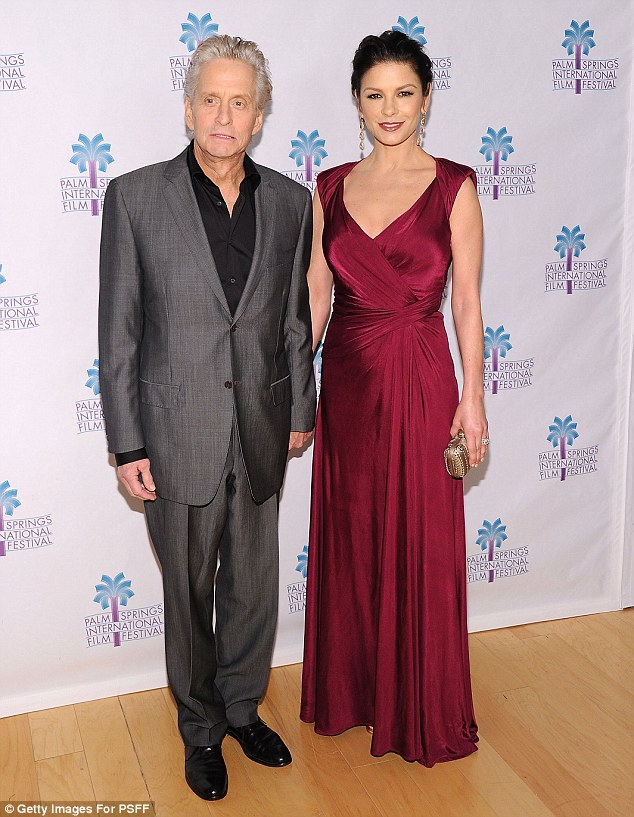 On the rocks: Wife of 12 years Catherine stood by Michael during his cancer battle, but the Welsh actress, who herself suffers from biopolar disorder, recently separated from her husband