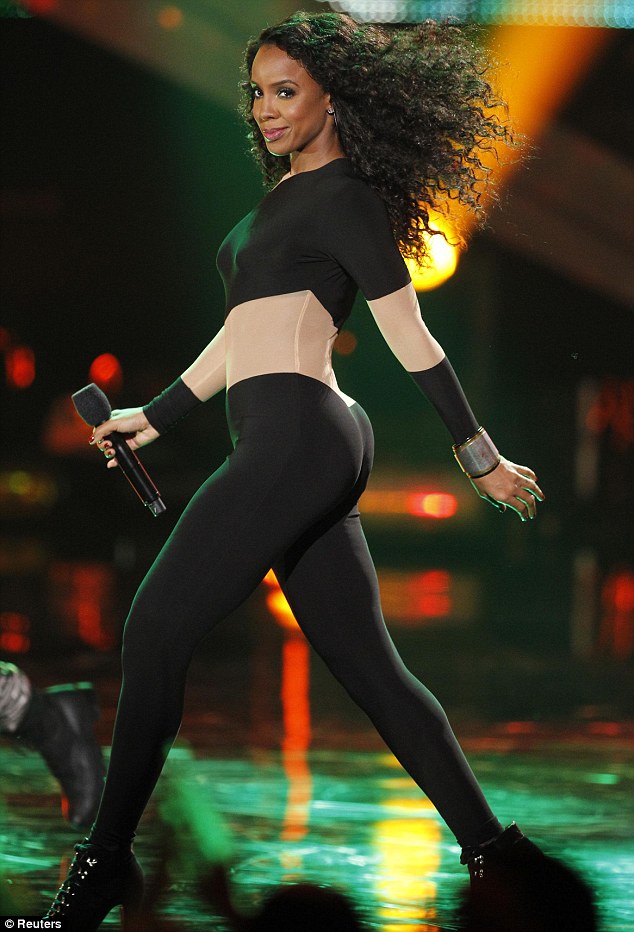 She’s always insisted she is proud of her curves, and works hard to maintain her bootylicious figure.

But former Destiny’s Child star Kelly Rowland sparked rumours she may have had a helping hand in the derriere department, after showing off what appeared to be a more rounded posterior at the VH1 Divas show on Sunday.

The 31-year-old singer slipped into a skintight catsuit during the performance at Los Angeles’ Shrine Auditorium, and displayed her womanly curves as she strode confidently across the stage.

And Kelly certainly appears to have had some enhancement in the bottom region, judging by comparison pictures from a few years ago, although it is not clear exactly what method the singer used to enhance her behind.

Kelly has previously fuelled speculation that she relies on bottom-enhancing knickers, which feature padding on the cheeks, with her curvy look during her time as a judge on The X Factor panel.

In addition, Kelly, who has admitted to having breast enlargement surgery, revealed previously that she would never rule out having a butt lift in the future.

As she was: While Kelly has always had curves, her derriere has never been as rounded as it is now. Here, she is seen earlier this year looking less bootylicious

She said: ‘If my butt is falling I’m going to pick it up. I’m not against it.’

Kelly is known for her regular workouts, and famously admitted that she does 200 sit-ups every day in a bid to keep her stomach flat and taut.

But Kelly said she would never want to lose too much weight, insisting: ‘I love having curves and a bum. Men like something to hold on to!

‘I have a nice amount of both cellulite and stretch marks, so that’s why I do lunges to keep my butt in shape.

‘If you’re in shape, you don’t notice these things as much.’

Kelly was just one of the performers at the VH1 Divas concert who performed in aid of VH1’s Save The Music Foundation, which has worked to fund music programmes for the past ten years. 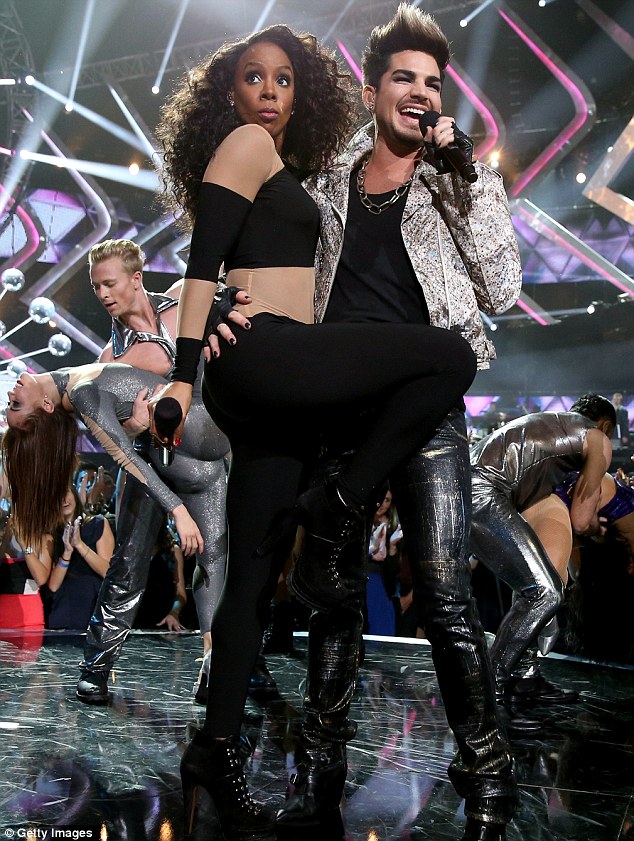 Cuddling up: Adam Lambert, who hosted the show, also performed in the Donna Summer tribute 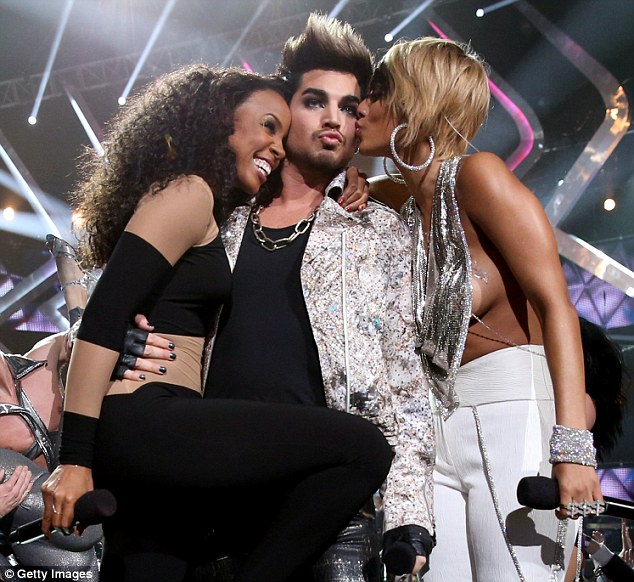 Kisses all round: Keri Hilson completed the trio who sang during the performance

Red carpet divas: Keri and Kelly posed up in their outfits backstage before the rendition

And Kelly’s performance saw her join host Adam Lambert and singer Keri Hilson on stage to perform a medley to pay tribute to the late singer Donna Summer.

The trio belted out a montage of I Feel Love, Bad Girls, She Works Hard For The Money, Love To Love You Baby, Hot Stuff and Last Dance to the delighted crowd.

And after the performance, Kelly wrote on her Twitter page: ‘I would like to send a HUGE thank you to @VH1 and @VH1DIVAS for having me tonight! So much fun! – xoxo KR’