She conquered R&B in 1999 after bursting  onto the scene with hit single Fallin’.

And Alicia Keys asserted her status as one of  the genre’s reigning queens during a stop on her Set The World On Fire  Tour.

The singer stormed the stage in a geometric  turtleneck with sheer panels that exposed portions of her toned torso and  arms. 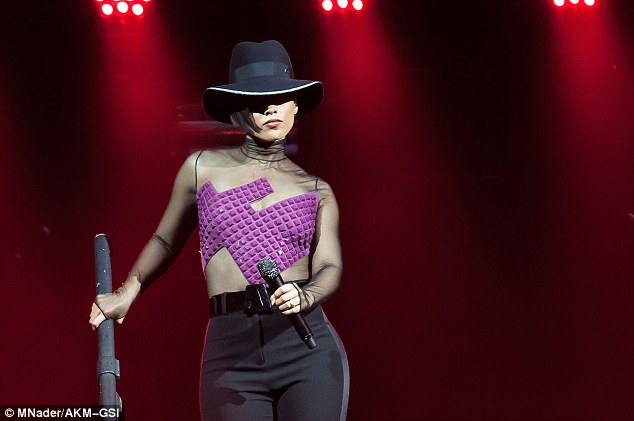 Showing some skin: Alicia Keys donned a revealing crop  top during a stop on her Set The World On Fire tour

The previously conservative Girl On Fire  crooner has embraced her sexuality as of late in an assortment of bustier tops  and leather leggings.

As she stepped into the spotlight, Alicia  paired her purple crop top with skintight tuxedo trousers and patent T-strap  heels.

A black panama hat pulled low over her face  added mystery to the ensemble as she strutted into the spotlight before taking a  seat at a Yamaha piano. 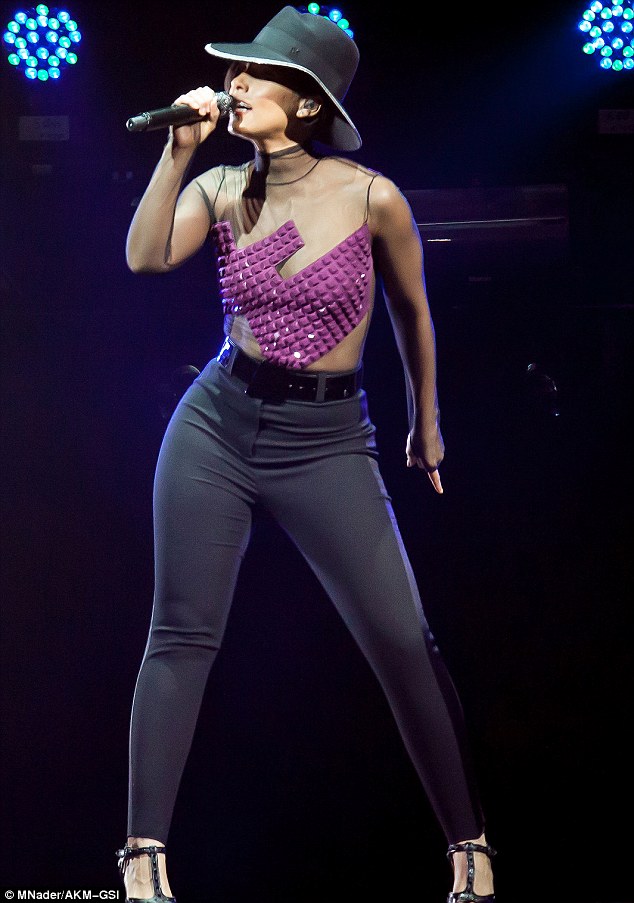 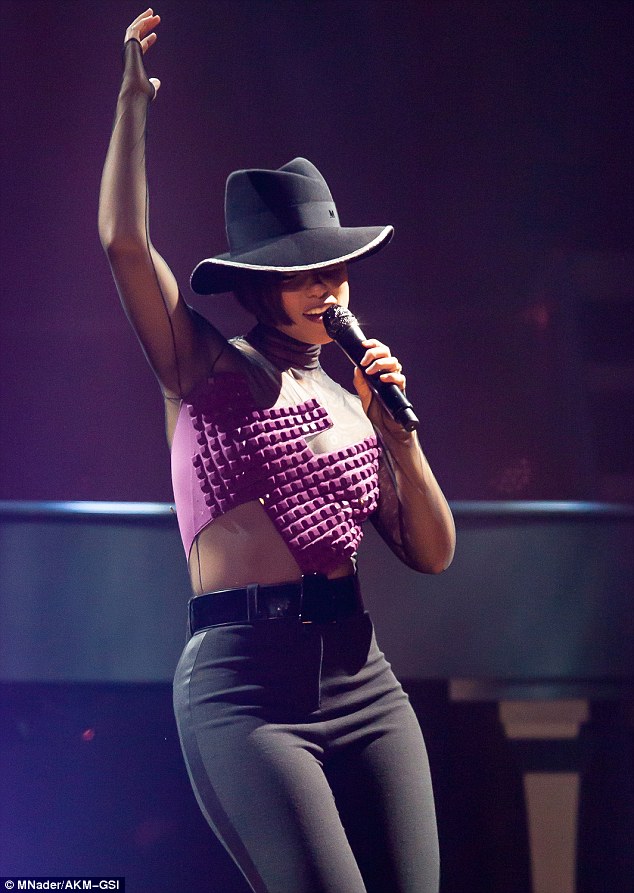 Reinventing herself: The once conservative crooner seems  to have adopted a racier image as of late

The Empire State Of Mind star recently  wrapped up the North American leg of her international extravaganza.

She’ll continue her tour with stops in the  United Kingdom and Ireland.

Alicia expressed her excitement about the  upcoming dates in a Tweet on Friday: ‘Liverpool > Newcastle > Belfast>  Dublin > Manchester. Here I come!’ 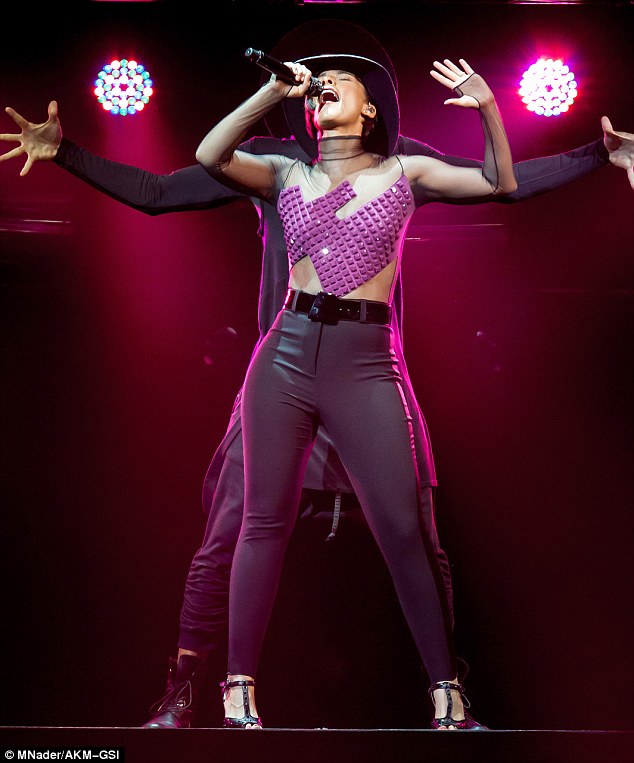 World traveler: Alicia recently completed the North  American leg of her tour and will journey to the United Kingdom and  Ireland

Moving on: The star took to Twitter to express her  excitement over the upcoming dates, writing, ‘Liverpool > Newcastle >  Belfast> Dublin > Manchester. Here I come!’

On Saturday, she announced the launch of  philanthropic venture Empowered, an HIV initiative aimed at raising awareness  among American women.

Alicia said of the project: ‘I think one of  the things that I’ve  realized is that there are not the headlines about the  AIDS pandemic  here in America that there should be, and it is shocking, and it  is  unacceptable.

‘We can’t act like it’s not happening. We  have to make sure  we know that we’re all at risk. This is all of our issues,  you know.

‘We have to make sure that we are demanding  access to being tested. We  have to demand access to treatment with dignity,’  she finished. 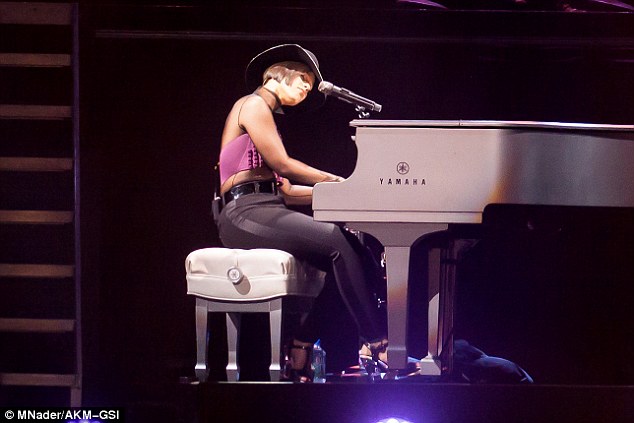 Home, sweet home: Alicia returned to her roots as she  took a seat at a Yamaha piano