Zero homo: Dog sentenced to death in Tennessee because he is ‘gay’ (PICTURED)

A dog is set to be put to death in Tennessee today after his owner abandoned him because he thought he was gay.

The pitbull-type hound is currently languishing in an overcrowded animal shelter in Jackson but is due to be put this afternoon down unless a new owner can be found at the last minute.

According to the owner of the shelter, the dog’s master noticed him ‘hunched over’ another male dog, which led him to assume he was gay. 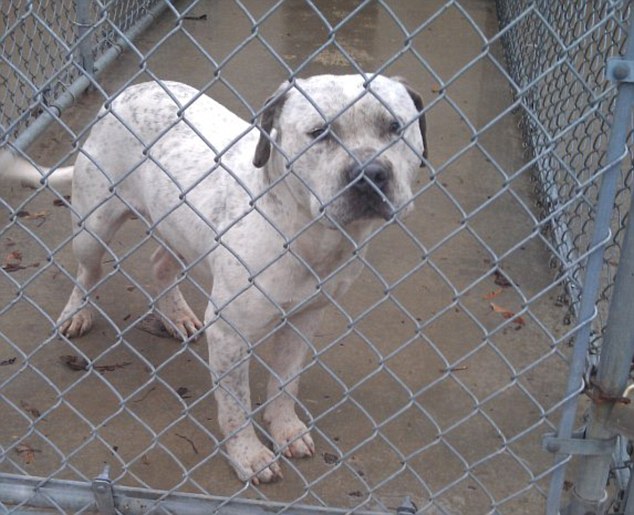 Death row: The unnamed dog is pictured in his pen at an animal shelter where he will be put down unless a new owner comes forward

While dogs are known to occasionally display homosexual behaviour, animal experts say a male dog mounting another male dog is not a sign of sexual orientation but rather a sign of dominance.

The dog’s fate has sparked a frantic appeal among animal lovers to find a new owner before it’s too late.

A Facebook page has been set up with the message: ‘Don’t let this gorgeous dog die bc his owner is ignorant of normal dog behavior!

‘He’s in kennel 10L and he WILL be put down tomorrow bc there is no room at the inn!’ 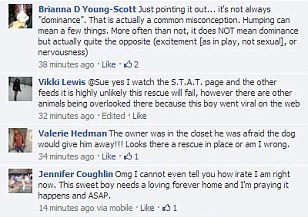 ‘Adoption fee is 38.00 and that only includes a voucher for a rabies shot. He looks to be a pit/american bulldog mix.’

While a male dog mounting another male dog is not considered conclusive evidence of homosexuality, biologists have recorded same-sex sexual activity in more than 450 species including flamingos, bison, beetles and warthogs.

A 2010 study of Alaskan Albatrosses found that a third of the pairs actually consisted of two females. Research also shows around a fifth of all king penguin couples kept in captivity are gay.

Gay-rights campaigners have seized on evidence of animal homosexuality as proof that same-sex couples are a natural occurrence.

He claims homosexual behaviour has been observed in 1,500 species, and well-documented in 500 of these. 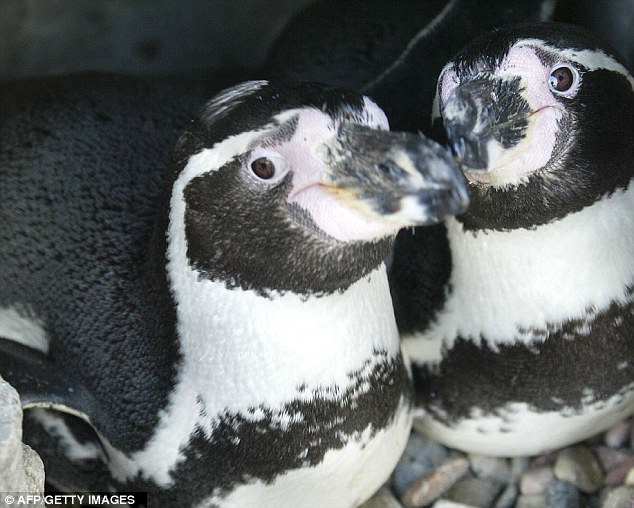 His examples come from species as diverse as the giraffe, the butterfly and the manatee – large marine mammals, who engage in a huge, excitable, and same sex, frenzy.

According to zoologist Petter Bockman, an expert on the subject at the University of Oslo, homosexuality sometimes takes on a social role – occupying unwanted males or bonding male members of the pack.

In other species, the reasons are less clear. ‘Birds are really complicated,’ says Bockman. ‘What goes on in birds’ brains is anyone’s guess.’

Male black swans will often bring up cygnets together – involving females only in the initial breeding process. This could be because males are better able to protect the young.