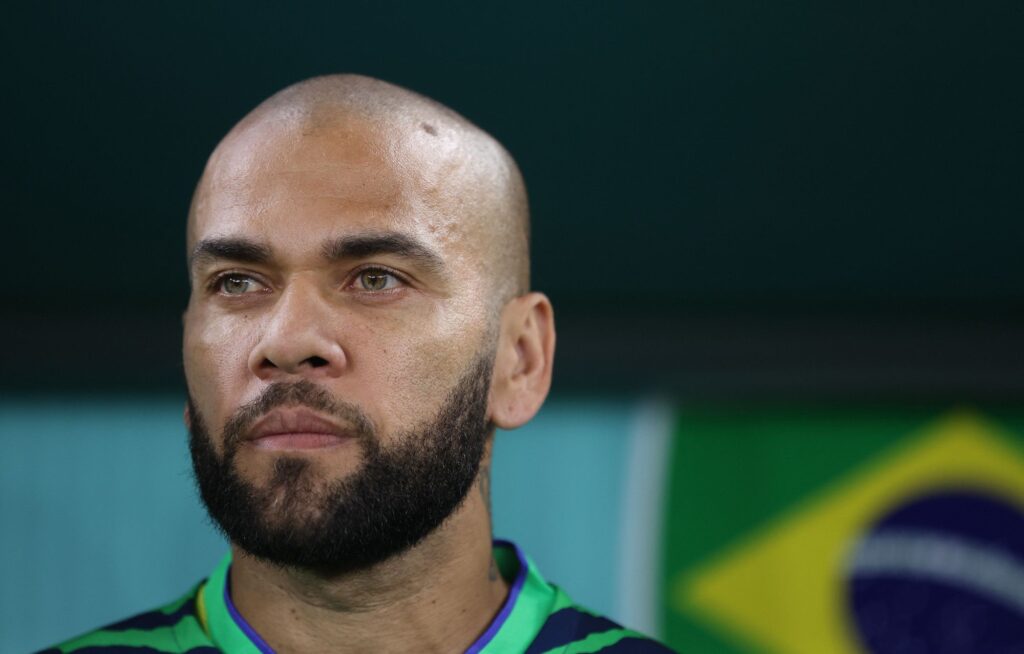 The Brazilian defender Dani Alves has been detained on suspicion of sexually assaulting a lady in Spain.

The alleged crime occurred on December 31 inside a Barcelona nightclub, according to the Associated Press.

Now, Alves will appear before a judge, who will determine the charges.

In Spain, the allegation of sexual abuse can encompass everything from unwelcome sexual touching to rape. The police stated they were unable to provide any further information on the case.

The most decorated footballer in history stands accused of sexual assault after an incident on the 30th of December. Alves is alleged to have touched a woman under her clothes without consent in a bathroom in Sutton nightclub, Barcelona, as per MD. The victim then reported the incident to the club staff, after which it was elevated to police.

Alves turned himself in for arrest on Friday morning at Les Corts, after he was informed of the charges, and was seen relaxed with the press about matters.

He has maintained his innocence throughout and partner Joana Sanz posted a number of messages on her Instagram expressing her support for the 40-year-old. Diario AS carried her comments.

“I know who my husband is (…). I know how respectful he is because not even when he was getting to know me did he disrespect me. I have seen many times how women approach the booth, daring, to try something with my husband, in my face.”

The 39-year-old footballer is Brazil’s second-most-capped player, with 126 international matches.

Alves played with Barcelona from 2008 to 2016, before joining Juventus.

In the previous five years, he has played for Turin, PSG, and Sao Paulo before returning to Barcelona in 2021.