She is no stranger to pushing the boundaries  whether it’s by stripping off on stage or posing with a gun.

And on Wednesday Madonna did it again as she  shared a picture of herself on Instagram wearing a chainmail mask which appears  to be a niqab – a face veil traditionally worn by Muslim women.

The 54-year-old accompanied the image, which  appears to be from a shoot with Harpers Bazaar, writing: ‘The Revolution of Love  is on…Inshallah’ (Arabic for God Willing). 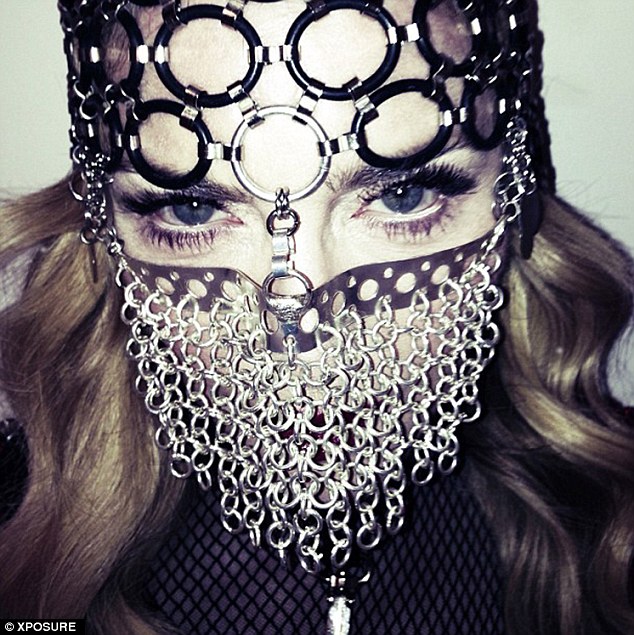 Controversial: Madonna shared a picture of herself  wearing a chainmail niqab

Gazing into the camera the powerful image  instantly raised eyebrows amongst her Twitter followers who were left struggling  to imagine what sort of point she was trying to make with the image.

While some believed she was using the image  as a message of female empowerment, others took it as a criticism of the  oppression of women in some Islamic countries.

Madonna is a well-known follower of the  Kabbalah religion, however her boyfriend Brahim Zaibat is Muslim. 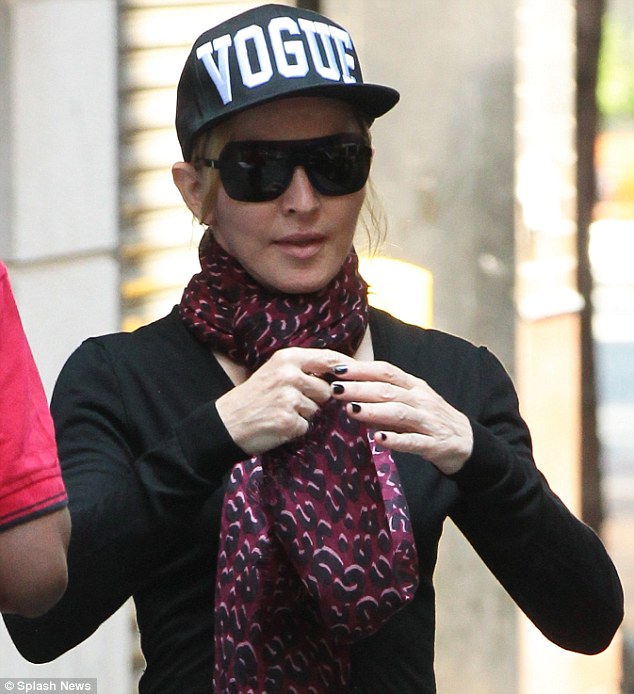 Showing her age: Madonna revealed her wrinkly hands when  she stepped out in New York 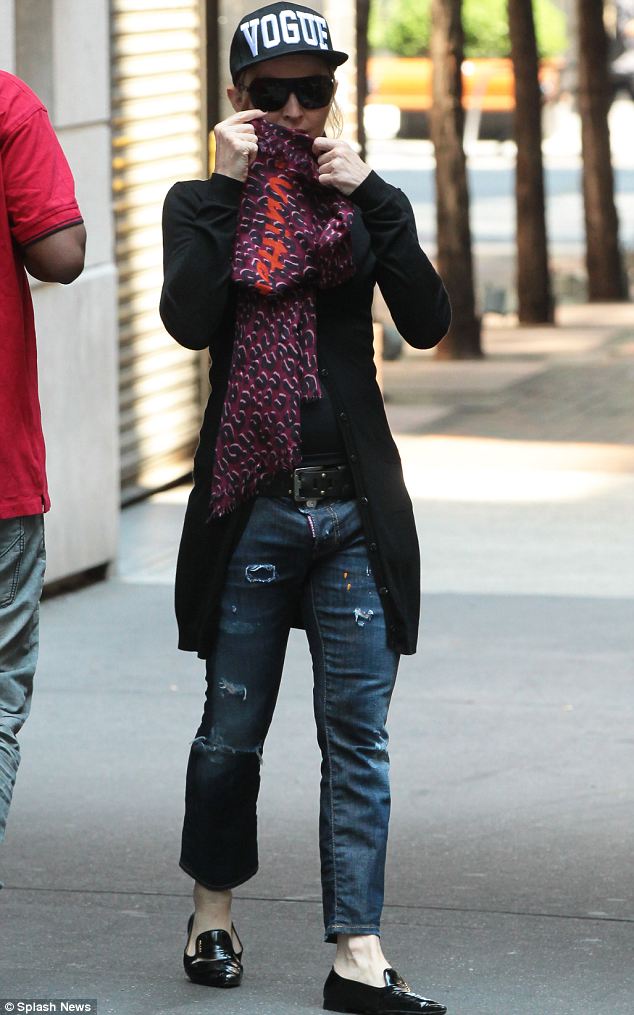 Casual: Madonna showed she doesn’t always have to be  over the top as she dressed causally

The singer also shared a close-up shot of  herself with a knife between her teeth as she stared into the camera, which  appears to be from the same shoot, with the caption: ‘Live by the sword… For  @harpersbazaarus’.

The images come shortly after the MDNA singer  was spotted heading to the Kabbalah centre in New York alongside her daughter  Mercy.

Dressed down in a pair of ripped jeans, with  a leopard print scarf Madonna looked a far cry from the images posted on  Instagram. 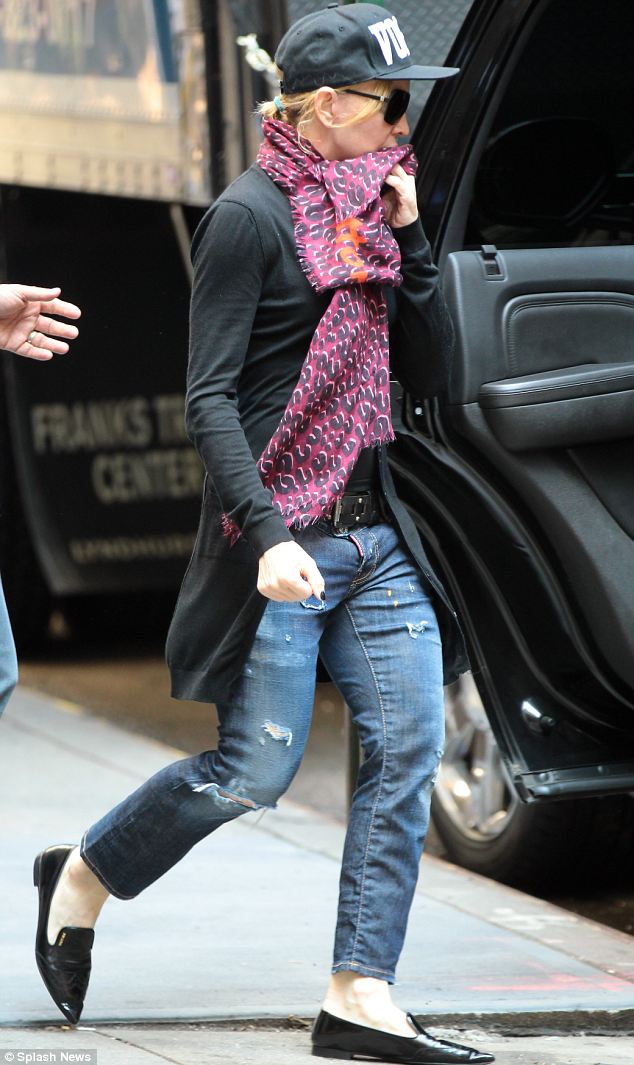 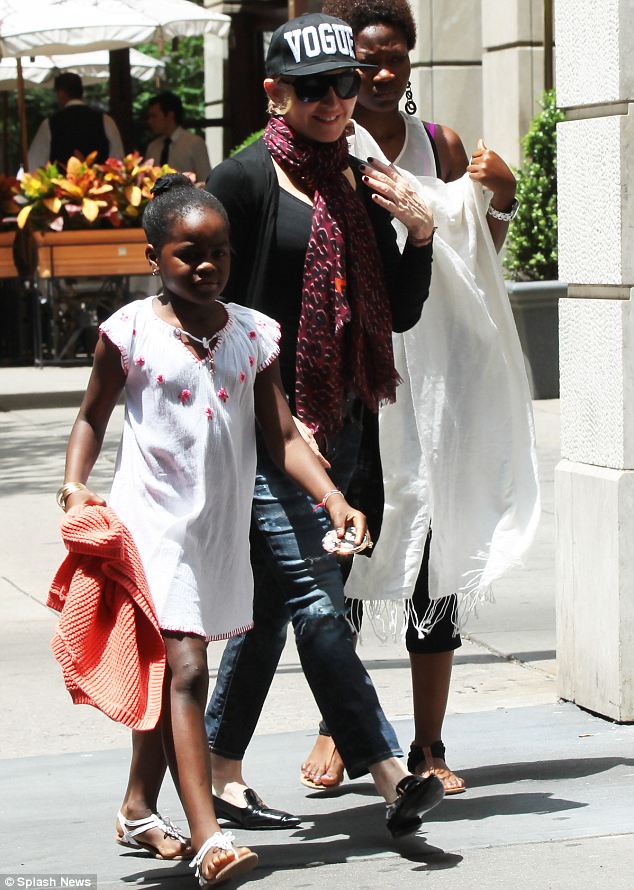 While she tried to go unnoticed with a pair  of sunglasses and hat, the slogan on her hat reading Vogue was a bit of a  giveaway.

And the star who does what she can to appear  much younger than her years, once again gave away her real age as she raised her  hands.

The backs of her hands, which she has taken  to covering with fingerless gloves, showed the veins and winkles which are  normal for women of her age.

Madonna made headlines again recently when she was seen toting a gun and pointing it at a man’s had in an apparent portrayal of execution in a trailer for her new Secret Project. 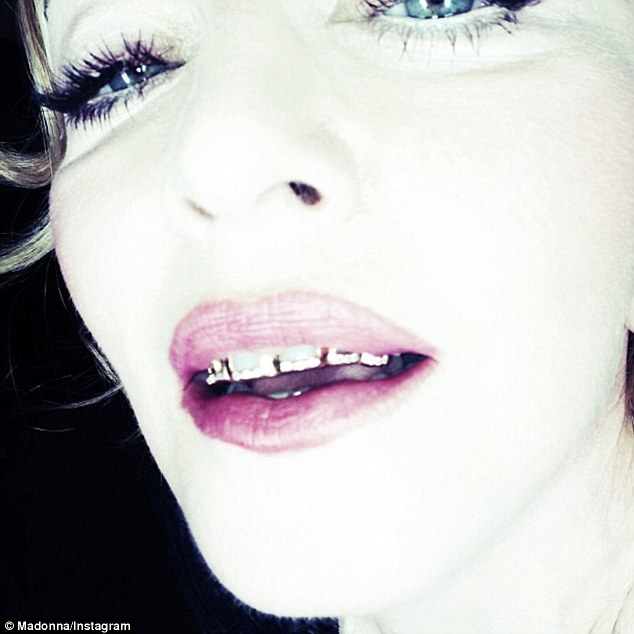 Seemingly oblivious or unconcerned about the  current debate raging about gun control in the US following the Sandy Hook  massacre, Madonna straddles a man in what looks like a police cell and holds the  gun above his head.

Another scene shows Madonna being dragged  along the corridor of what looks like a prison before being hurled violently to  the floor by some guards.

All that has been released so far of her  ‘secret project’ with photographer Steven Klein is the shocking one-minute  teaser trailer. 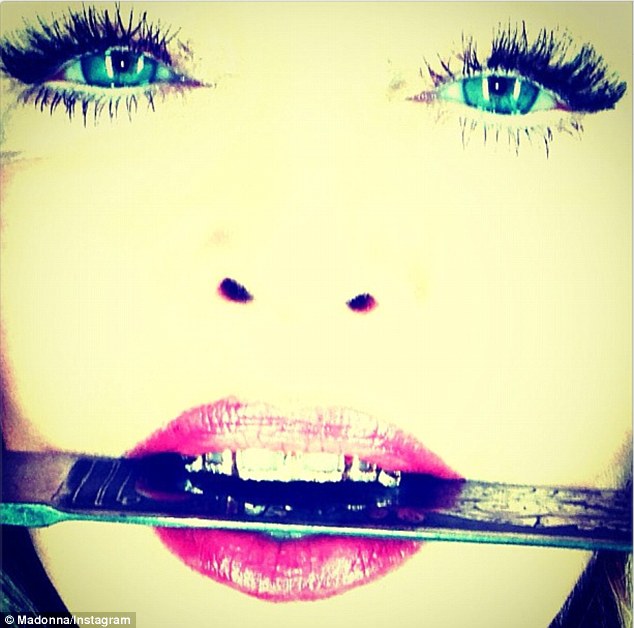 ‘Live by the sword’: In another snap, Madonna is seen  holding a knife between her teeth, her gold caps still visible

The mystery project has been discussed for  months, with Madonna’s Instagram account releasing teaser images. The posts  feature the hashtag #secretproject and offer various messages about love and  equality.

Madonna has always used extreme imagery to  promote her music, publishing a book called ‘Sex’ around the time of her Erotica  album, using bondage imagery in her Justify My Love video and simulating sex  onstage on her Blond Ambition tour. 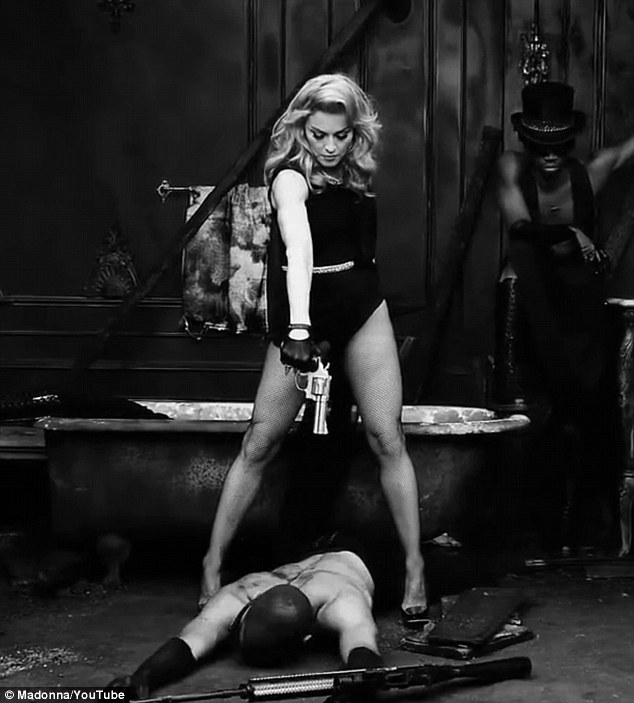 Guns and poses: Madonna points a gun at a man’s head in  a disturbing new video clip for her much hyped Secret Project