The Lagos state government is at it again.

According to news reports, the Akinwunmi Ambode-led government just rendered more than 3000 Lagosians homeless at the Iwaya Abete part of Lagos as the government through the state task force demolished about 200 houses in the Balogun extension of Iwaya, Yaba. 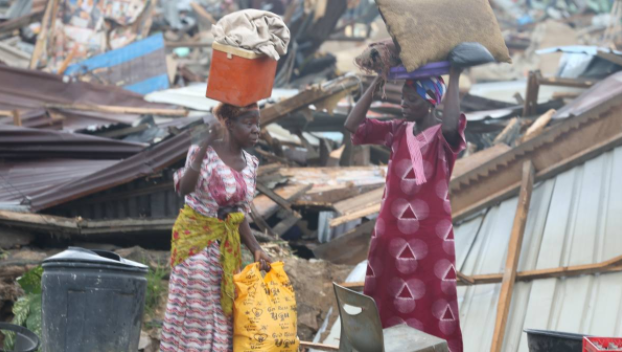 Residents of the area, the reason for the demolition is still shrouded in secrecy, as there was no prior notice of the demolition. Also, the state government did not give them ample time to either relocate or take their prized assets to another location as required by law, as they were visited with bulldozers crushing their life investments and other valuables.

The demolition is coming not too long after the demolition that left thousands displaced at the Otodo-Gbame water-front resident in Lagos, in which two individuals lost their lives in the invasion.

The action of the Government has therefore rendered thousands homeless with nowhere to go. Many of the homeless residents have lived in Iwaya for more than forty years.

It is expected that a caring government should have provided relocation options for the residents, which they failed to do.

It’s safe to say that the Ambode-led government did not think this decision through, as this would lead to an increase in crime in the area and its environs as the displaced individuals may take to stealing, robbery and other anti social vices when their means of livelihood has been cut off.

It will be in the best interest of the affected residents and owners of the demolished buildings to engage the services of human right lawyers to challenge this anti-people decision of the Lagos state government in a court of law so as to get justice for the Iwaya residents.