Ganduje dismisses the 4 clips showing him ‘rousingly’ collecting dollars; President Buhari receives an attestation to his ‘lost’ WAEC certificate | Other top stories of the week After killing one of the two aid workers with the International Committee of the Red Cross (ICRC) Hauwa Amina Liman, members of a factional Boko Haram sect, ISWAP, who kidnapped Leah Sharibu, demanded N100 billion ransom for her release.

A diplomatic source who spoke with them, claiming to be involved in the negotiation for the release of the schoolgirl, said the government was, however, considering the other implications of giving such a huge sum of money to the terrorists.

“But we are aware that the terrorist organisation holding her is demanding N100 billion.  Though no amount is too much to get the soul of one innocent person out of danger, I think the government of Nigeria is considering many things,” the sources said.

As the Islamic Movement in Nigeria (IMN) began a three-day mass protest from Suleja in Niger, to Abuja, there were reports of clashes with security forces that led to deaths. The clash continued on the third day.

A spokesperson for the group, Abdullahi Musa said, “I will just say that the people attacking us have a presidential directive that is why these attacks are inevitable. We had announced that we will undertake an annual religious trek. We had also said that we will start from outside Abuja and end in Abuja.”

In the light of protests, the Police in the Federal Capital Territory (FCT) said it arrested 400 Shi’ites members.

While the U.S. “urge Government of Nigeria authorities to conduct a thorough investigation of the events and to take appropriate action to hold accountable those responsible for violations of Nigerian law” the Nigerian Army posted a now-deleted video on Twitter of the U.S. President Donald Trump saying “I will tell you this, anybody throwing stones, rocks, like they did to Mexico and the Mexican military…we will consider that a firearm…We are going to consider and I told them to consider it a rifle,” with the caption “please watch and make your deductions.”

Former Minister of Works and Housing, Anthony Akhakon “Tony” Anenih was confirmed dead by his family.

A former Chief of Defence Staff, Lt. General Ipoola Akinrinade has described the criticism of President Muhammadu Buhari over his claim that his West African School Certificate (WASC), was with the Military authorities, as most annoying and an insult to the Nigerian Army.

Akinrinade stressed that at the time Buhari joined the Armed forces ‘there were no cutting corners.’ 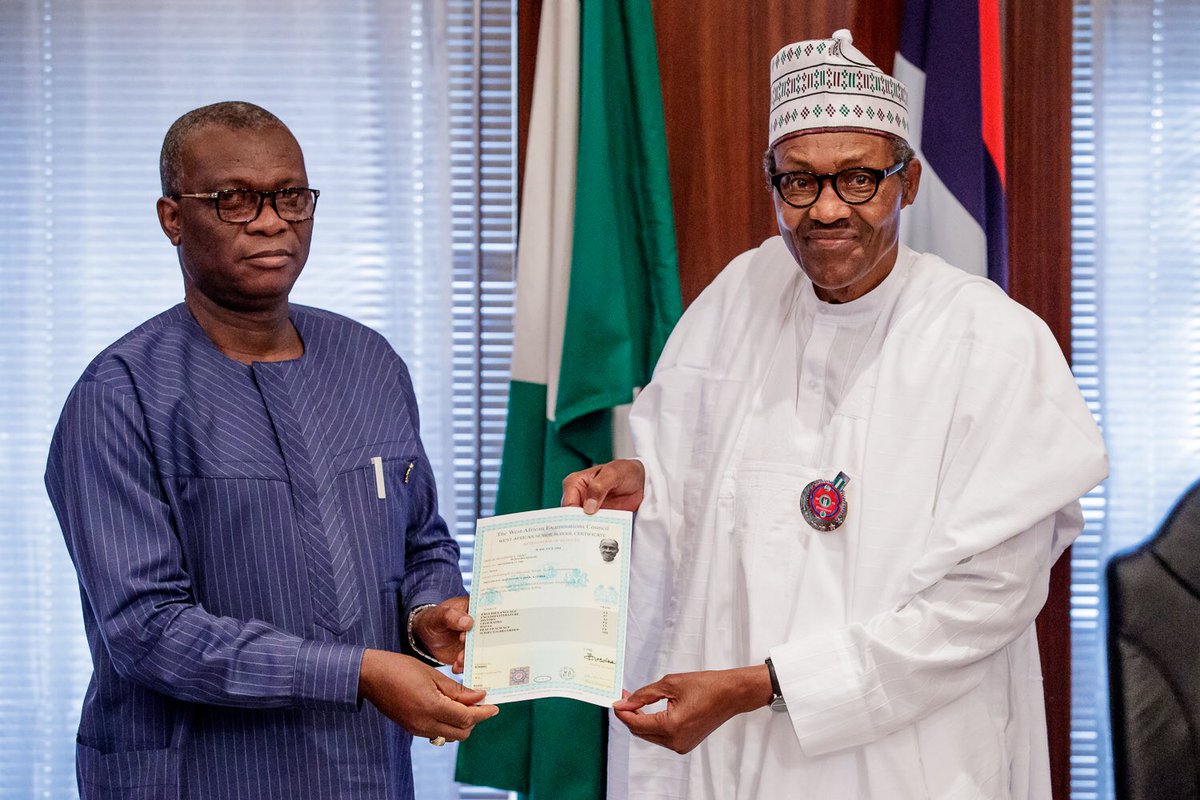 Buhari said this confirms that the exam body has not lost its integrity.

The meeting between the Economic Management Team (EMT) and State Governors presided over by Vice President Yemi Osinbajo over the new national minimum wage failed to reach common ground.

The NLC, after this, decided to increase the demand to N66,500 but were stopped from going ahead with a planned strike action by the Industrial Court in Abuja.

The governors on their own part said they could only pay N22,500 as development is more important than wages – which was rejected by the Federal Government.

The Peoples Democratic Party (PDP) released its area of focus of its presidential campaign at a press conference in Abuja, promising that the party will focus on solutions, instead of allowing itself “be dragged into the marshes of propaganda, smear campaign, lies and deceit of the fading, discredited and rejected APC.”

See five things we learnt from this.

Days after an investigative hearing by the Kano House of Assembly on the veracity of the videos showing the Governor, Abdullahi Ganduje collecting kickbacks in dollars from contractors in the state commenced, the fourth clip was released.

The governor of Kano, Umar Ganduje was captured collecting kickbacks, will this also pass like many others?

And then appearing before the investigative committee of the Kano House of Assembly, represented by the state’s Commissioner for Information, Muhammad Garba, Ganduje said he never collected bribe from any contractor.

Garrison Commander 3 Division Nigeria Army, Brig. Gen. Umar Mohammed, who disclosed the information said the operation was jointly carried out by men of the Nigeria Police and the Fire Service, adding that with the recovery of the body, they were left with one task to ensure that those who committed the crime were punished.

The order which is contained in a statement said the leave was to ensure unfettered investigation by the Independent Fact-Finding Panel.

In reaction, Yusuf filed a suit before a Federal High Court, Abuja, against the Minister of Health, Prof. Isaac Adewole and the Attorney General of the Federation (AGF), Abubakar Malami challenging his suspension.

President Buhari said his administration deserves commendation for its achievements thus far, despite the seven-month delay by the National Assembly to pass the 2018 budget.

Buhari who said he personally felt very disappointed about the issue, blamed the delay in the completion of projects across the country on the late passage of the budget by the lawmakers.

“If the National Assembly takes seven months to pass a budget, then we should be commended for the much that we have achieved, and can still achieve,” Presidential media adviser, Femi Adesina said.